ROME (Reuters) – The first day of talks between the anti-establishment 5-Star Movement and the center-left Democratic Party (PD) to form a new Italian government ended on Friday with both sides reporting progress and 5-Star pushing the agenda. 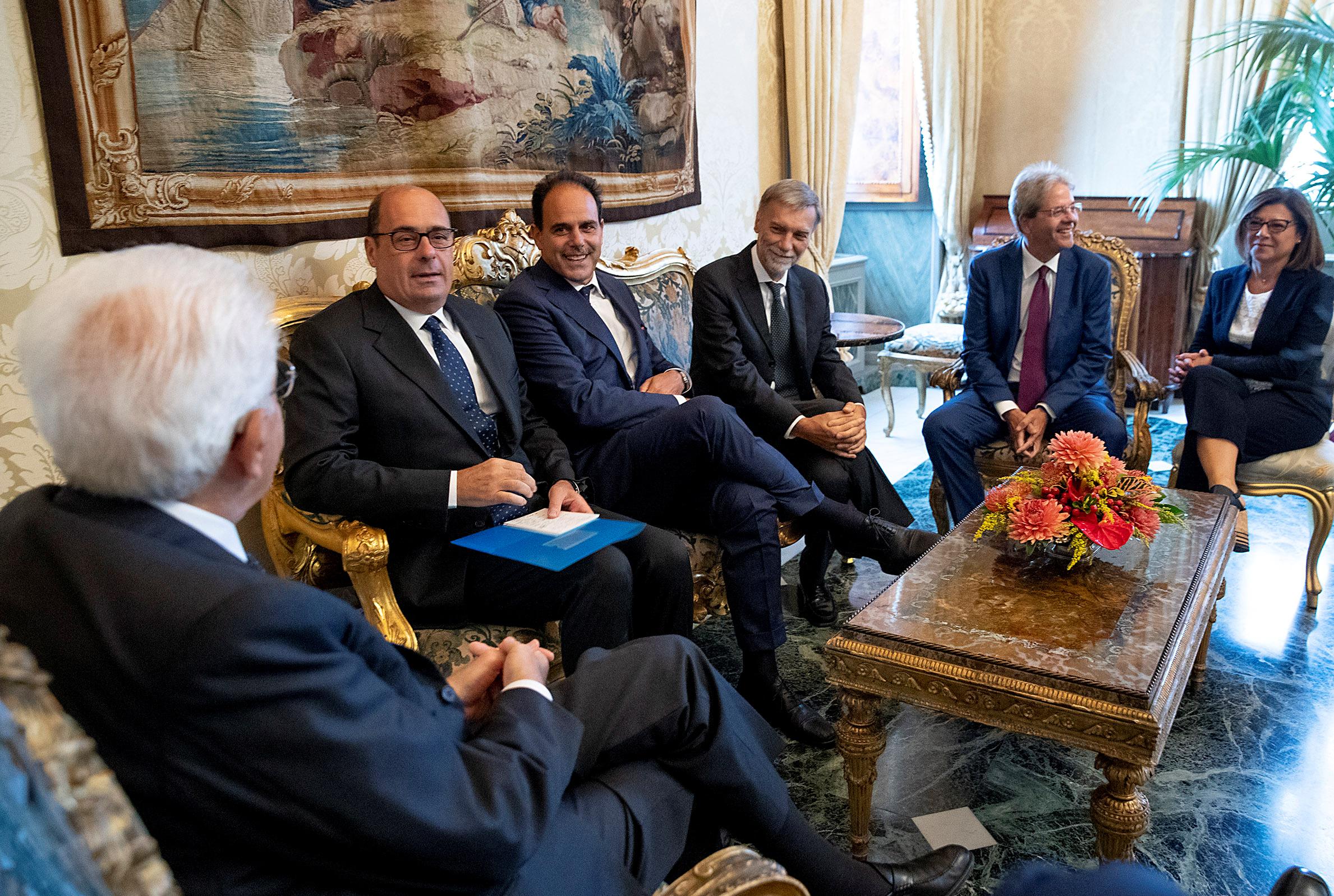 The opposition PD said it conditionally accepted what 5-Star had presented as its key demand – a reduction in the number of lawmakers in parliament.

The euro zone’s third-largest economy is in political turmoil after its government, riven by months of infighting, imploded this week, forcing prime minister Giuseppe Conte to resign just as he was to begin preparing the 2020 budget.

President Sergio Mattarella on Thursday gave the parties five days to clinch a deal to avoid a snap election that would be likely to reward the hard-right League Party, which pulled the plug on its year-long coalition with 5-Star.

The PD and 5-Star, traditionally bitter foes, are now negotiating to form a new coalition and push the League into opposition. Amid mutual suspicions and gaping policy differences, each is raising the stakes, betting that the other has more to fear from a return to the polls in the autumn.

On Friday, it was 5-Star’s turn to play hardball, with its leader Luigi Di Maio saying the talks would go nowhere unless the PD agreed to cut the number of lawmakers to 600 from 945.

“The cut in the number of parliamentarians must be done, full stop. If we don’t get that first point there won’t be anything else,” he told reporters before negotiations began.

The PD has opposed the reform in parliament and had said it will only consider it as part of a broader institutional reform that would be a long, drawn-out process.

After the first day of talks the party issued a statement which appeared to indicate a change of tack.

“We are in favor of reducing the number of members of parliament as long there are constitutional guarantees,” it said, without elaborating on the guarantees it sought.

Emissaries from both parties said there was reason for optimism that a coalition could eventually be formed, but final decisions would depend on their leaders.

Financial markets have rallied on hopes of a deal, with the spread between Italian 10-year government bonds and German Bunds narrowing on Friday to its tightest in a month.

Five-Star may feel its hand is strengthened by growing signs that the League regrets its move to scupper the government two weeks ago and is angling to resurrect the coalition which has governed for the last 14 months.

“I think there is still the possibility to mend our relations with 5-Star,” the League’s Agriculture Minister Gian Marco Centinaio said on Friday.

“It’s a narrow path but if there is the time and the will to sit around a table there will be no problems,” he said.

Orlando, the PD’s deputy leader, said his party would only continue talks with 5-Star if it ruled out a return to the arms of the League.

5-Star’s lower house leader Francesco D’Uva answered that his party had no parallel talks planned with the League, an assurance which may have fallen short of what Orlando hoped for.

The parties’ positions may be influenced by an opinion poll published on Thursday by the Tecne agency which showed the League remained the most popular party, on 31.3%, but had lost seven points since it triggered the government crisis.

On Friday Alessandro Di Battista, one of 5-Star’s most popular and influential figures, said it had “immense bargaining power” thanks to divisions in the PD and the signs of backtracking by the League.

In a post on Facebook, he said 5-Star should “enormously raise the stakes” by insisting its key demands are met, adding that the League’s overtures were “a good thing” and might mean the next prime minister could be from 5-Star.

It remains to be seen whether Di Battista’s hard line will be welcomed by Di Maio or will bear fruit in the negotiations.

President Mattarella told the parties to report back on Tuesday and the three main options of a 5-Star/PD tie-up, snap elections, and a return of the 5-Star/League coalition, all remain on the table.