A law professor with no political experience has been asked to form a coalition government in Italy, paving the way for the first populist, euro-sceptic government of western Europe.

Italian President Sergio Mattarella has asked Giuseppe Conte, who is backed by a populist coalition, to form a government after two months of political deadlock following inconclusive elections.

Conte was chosen to lead a coalition of the eurosceptic anti-establishment Five Star Movement and anti-immigrant League, and the group's policy agendas have already alarmed markets. 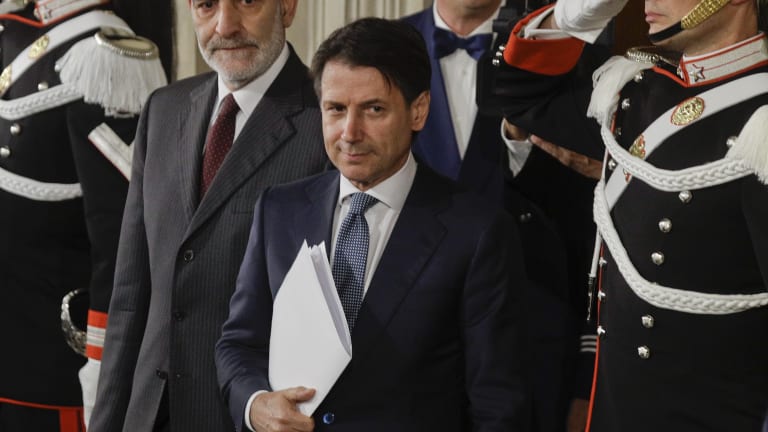 Giuseppe Conte met with the Italian President to confirm that he has been tapped to lead a coalition government.

After being given a mandate on Wednesday in talks with the head of state, Conte, 53, confirmed the country's place in the European Union and international affairs, but says his first priority is to be the "defence lawyer of the Italian people".

Born in a hilltop village in the southern Apulia region, Conte is both a professor at Florence University and a practicing lawyer. Luigi Di Maio, leader of the Five Star Movement, picked Conte, a dapper figure who often sports a folded handkerchief in his breast pocket, for a cabinet minister post even before the March 4 elections that led to an 11-week political stalemate.

A euroskeptic government, to be led by Conte, has unnerved markets even before its birth, with the policy program drawn up by Di Maio and Matteo Salvini, leader of the anti-immigrant League, promising a spending spree and tax cuts in deliberate defiance of European Union fiscal rules. 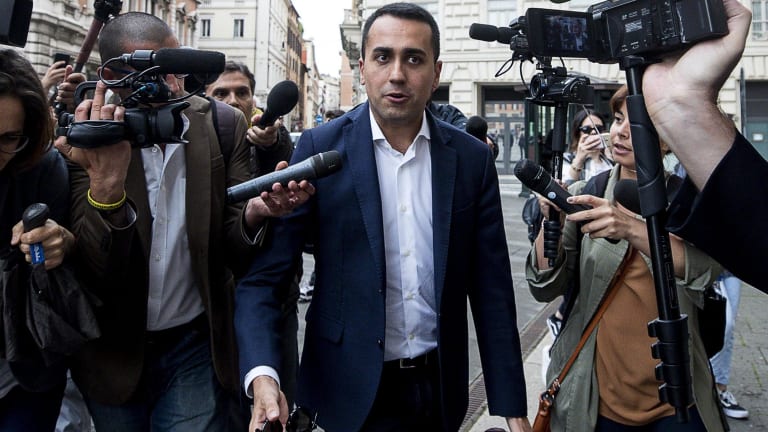 Italy's economy is a hurdle for such an administration, with growth set to be the slowest in the euro area this year.

Conte's lack of political experience and his untested ability to contain personal and political rivalry between Di Maio and Salvini are also a source of concern.

Italian bonds resumed their slide Wednesday, with the Italian 10-year yield spread over German bunds widening to 189 basis points, the most since June. Outright, the yield on the country's benchmark rose to 2.4 per cent after earlier touching the highest intraday level in almost three years. 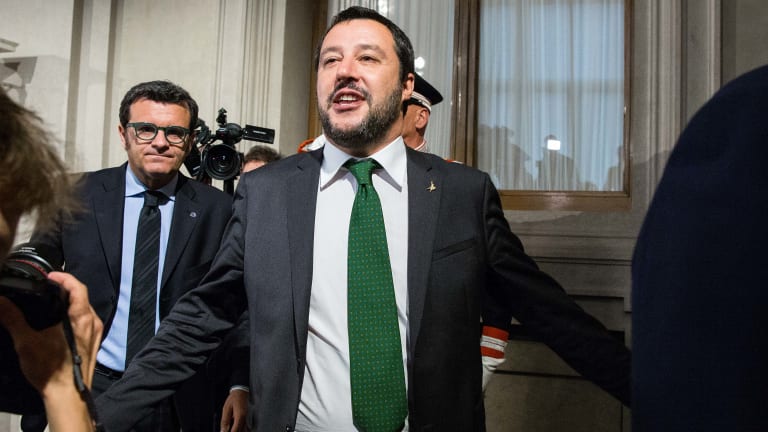 Matteo Salvini, leader of the anti-immigrant party League, will form a coalition government.

Both Di Maio and Salvini confirmed to Mattarella earlier on Wednesday that Conte is their candidate for the post of Prime Minister, according to a senior state official who asked not to be named discussing confidential talks. Italian media on Tuesday had cast doubt on Conte's premiership with questions raised over some details on his curriculum vitae.

Conte may meet with leaders of the major political parties on Thursday, senior Five Star Senator Danilo Toninelli told reporters. Conte would seek their support for his government or for specific measures, according to another Five Star official. Five Star and the League have a razor-thin majority in the Senate.

The premier-designate will draw up a list of ministers that he has to submit to the head of state. If Mattarella approves the team, the government will be sworn in and then face a vote of confidence in the two houses of parliament, possibly next week.

Paolo Savona, an 81-year-old economist and company executive who's repeatedly called on the government to plan for a possible euro exit, is the Five Star-League choice for the job of finance minister, according to officials from the parties. Di Maio is tipped as a possible minister of labor and economic development, while Salvini could be interior minister.