Abuja:  Nigeria's President Muhammadu Buhari has denied claims that he has died and been replaced by a Sudanese impostor, breaking his silence on a rumour that has circulated on social media for months.

Buhari, who is running for re-election in February, spent five months in Britain last year being treated for an undisclosed illness. One theory widely aired on social media – and by some political opponents – was that he had been replaced by a lookalike from Sudan called Jubril. 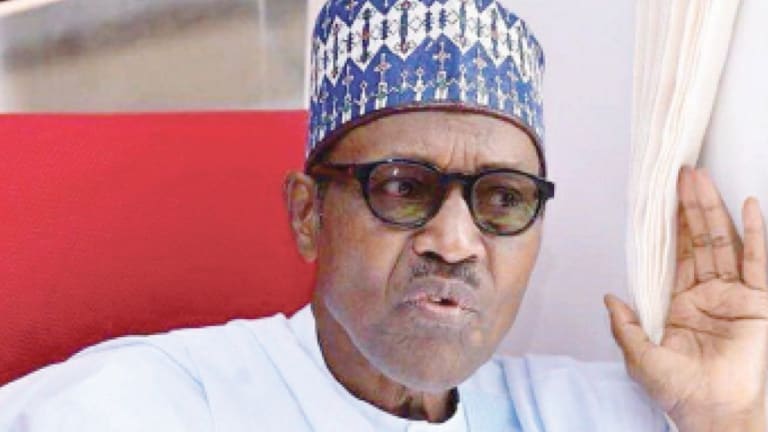 Nigeria’s President Muhammadu Buhari has denied social media remours that he is dead and has been replaced by a lookalike.Credit:Daily Trust

No evidence has been presented, but videos making the claim have still been viewed thousands of times on YouTube and Facebook.

"It's real me, I assure you. I will soon celebrate my 76th birthday and I will still go strong," Buhari told Nigerians in a town hall session in Poland, where he was attending the COP24 climate conference, when asked about Jubril.

"A lot of people hoped that I died during my ill health," he said, adding that those who spread the rumour were "ignorant and irreligious".

The presidency circulated Buhari's comments in an emailed statement entitled "It's Real Me, President Buhari Responds to Cloning Allegation".

Buhari announced the development during a meeting on Thursday of countries that contribute troops to a multinational force combating the extremists.

This appears to be the first confirmed use of drones by an extremist group in Africa, according to the World of Drones project run by the Washington-based New America think tank. Its section on non-state actors notes that Libyan rebels are reported to have used drones for surveillance in that chaotic North African nation. 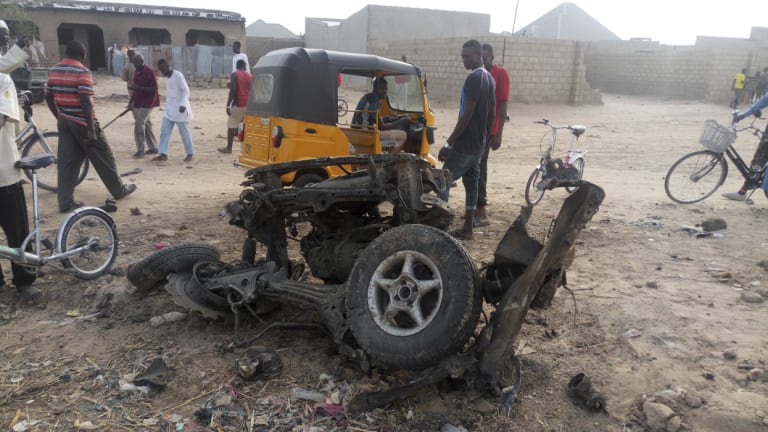 A recent suicide bomb attack in Maiduguri, Nigeria, where violence is common.Credit:AP

Deadly attacks against Nigeria's military are on the rise, with 39 soldiers killed last month alone and another 43 wounded. The extremists' use of drones for surveillance in the country's north-east has proved to be a "critical factor" in the resurgence of attacks, the president said.

Nigeria's military has its own, armed drones, as the United States and others and others increasingly use them in West Africa's fight against groups linked to al-Qaida and IS.

Extremist organisations have been quickly adopting the use of drones. The Islamic State group in Syria and Iraq last year was found to have a formal drone unit, and Houthi rebels in Yemen have used a drone to strike a Saudi warship, according to the New America project. 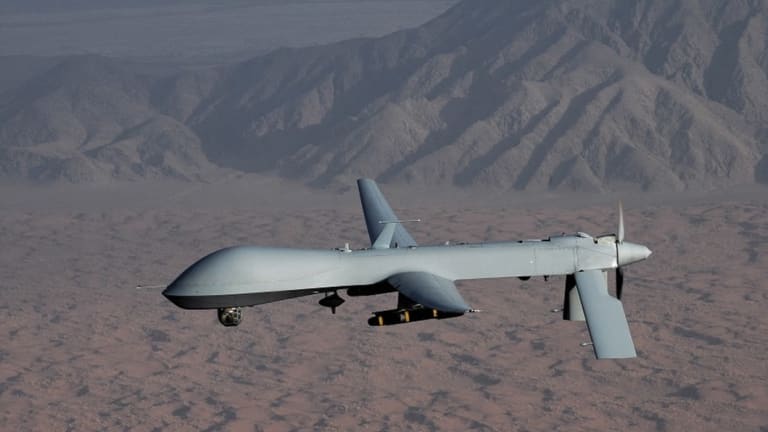 US Africa Command has confirmed it is using armed drones in Niger. Now the extremists are using drones in Nigeria, according the President Muhammadu Burani.Credit:Military Times

The assassination attempt against Venezuelan President Nicolas Maduro in August, when two drones loaded with explosives exploded during his speech, set off another round of global fears about the threat of drones in enemy hands.