A former prosecutor says Victoria Police knew seven years ago of the confusion over delegation powers, which this week left the force scrambling to swear in more than 1000 police officers who had been working without formal authority.

Former police prosecutor Justin Shaw said on Friday that drink-driving hearings were thrown into disarray in 2015 when it emerged lower-ranking commissioners were signing off on the credentials of breath-test operators without the authority to do so. 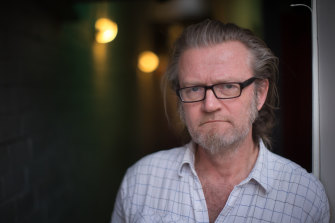 Chief Commissioner Shane Patton said on Thursday an “administrative error” resulted in acting assistant commissioners swearing in recruits for the past eight years, even though they didn’t have the proper authority to do that, leaving the force with the task re-swearing in more than 1000 officers.

The error arose when changes were made to the Victoria Police Act by the former government in 2013, which meant acting assistant commissioners were appointed without the required power.

But Mr Shaw said on Friday the same issue was raised in court in 2015, when for about eight months the certificates issued to legalise the use of evidentiary breath-testing machines – inside booze buses and police stations – in prosecuting offenders was technically invalid.

“I was livid back then when it happened. Personally, I thought we should’ve withdrawn all those charges,” Mr Shaw said. “It’s utterly shameful, this has happened again.”

He said the police top brass were made aware, and retrospective legislation was eventually introduced to legalise the tests.

But Mr Shaw – who was a prosecutor for 11 of his 17 years in the force – said the latest oversight raised questions over what other parts of Victoria Police’s operations could be affected by the delegation issue.

He said it was also likely Victoria Police would now be ordered to pay defence lawyers’ fees if matters were adjourned at short notice. Some barristers cost upwards of $5000 a day.

“Being a police officer is an enormous, almighty responsibility because they’re the only people who can legally deprive you of your liberty, and it’s ultimately the responsibility of the police to get that right,” Mr Shaw said.

“You would think they would have gone through the changes with a fine-tooth comb after the last time. Now we’re dealing with this seven years later; the same issue.”

Barrister Sean Hardy, who specialises in drink-driving matters, said more than 30 of his clients were among at least 100 cases affected by the delegation issue over a six-month period in 2015.

But it pales in comparison, he said, to the latest legal bungle.

“Last time it was quite confined because it only mattered in cases where a person wanted to defend a drink-driving case. This latest issue impacts every step a police officer [who wasn’t properly sworn in] takes,” Mr Hardy said. “In this case, it’s the power to be a police person.” 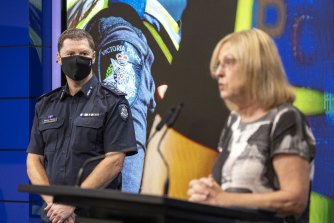 Chief Commissioner Shane Patton and Police Minister Lisa Neville detail the issue of officers being incorrectly sworn in to media on Thursday.Credit:Wayne Taylor

The latest error was already causing a ripple effect through the state’s court system, Mr Hardy said. He said two matters of his on Thursday were adjourned after he learned of the administrative error on his way to the courthouse.

Other solicitors, he said, arrived at court completely unaware.

“I had two cases yesterday adjourned because of this, and police had to pay costs,” Mr Hardy said.

“This will be borne by the public purse. [It’s] money that could be better spent elsewhere.”

Recalling the 2015 drink-driving issue, barrister Warwick Walsh-Buckley said similar legislation enacted then would be needed this time around to ensure the actions of the officers who weren’t sworn in were lawful.

This latest issue impacts every step a police officer takes

While he predicted some enthusiastic lawyers might try to use the error in coming weeks to have their clients’ charges thrown out, it was unlikely many would be able to take advantage of it.

When asked about the 2015 administrative error that impacted some drug and alcohol testing, a Victoria Police spokeswoman said the organisation believed it to be an isolated issue at the time and no further assessment occurred.

They said when the latest delegation issue was identified in February 2021 during court preparations, Mr Patton called for delegations to be examined further to understand the scope of the matter.

The police spokeswoman said they were confident the required legislative change would occur next month, with no ongoing ramifications for staff or their court matters.

“Victoria Police is working closely with government to resolve the matter,” they said.