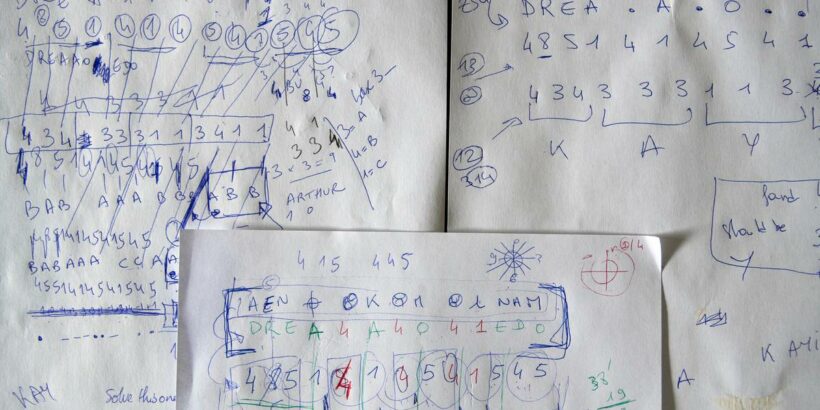 Fayçal Ziraoui caused an online uproar after saying he had cracked unsolved ciphers attributed to the Zodiac killer in California and identified him, potentially ending a 50-year-old quest.

Fayçal Ziraoui loves a good challenge. As a teenager, he designed 3D animations. In 2018, he completed an Ironman race. More recently, he developed virtual reality software that allows people to experience life in a space capsule.

“I’ve never set limits on what I can learn,” Ziraoui, a 38-year-old French-Moroccan business consultant, said in an interview at his home in the Paris suburb of Argenteuil.

And so, when Ziraoui stumbled across an article in a French magazine in December saying that no one had ever solved two ciphers attributed to the Zodiac killer, who terrorised the San Francisco Bay Area in the 1960s and ’70s, he thought, “Why not me?”

The ciphers had long baffled cryptographers, law enforcement agents and amateur sleuths obsessed with the unidentified serial killer with a penchant for ciphers. Half a century of unsuccessful research had led many to believe that the identity of the Zodiac killer would forever remain a mystery. Numerous sleuths have claimed to have figured out the mystery through various techniques over the decades, but have had their theories debunked.

But two weeks after embarking on his quest, Ziraoui said, he had cracked the two remaining ciphers — including one revealing the killer’s identity — by using an encryption key that came to light only in December, and creative code-cracking techniques.

In excitement, he began posting messages and videos online on some of the dozens of forums called things like “The Zodiac Killer — Unsolved & Unforgotten” where tens of thousands of amateur keyboard sleuths track and debate details of one of the most notorious serial murder mysteries in US history — including the two ciphers known as Z32 and Z13.

It didn’t take him long to stir up the large, and now angry, online community devoted to the case.

One of his posts was deleted by a moderator on one site, on others his theories were denounced by people questioning his credibility and findings.

“I don’t believe it for a second,” someone commented on zodiackillersite.com, a popular forum. “When he says that it took two weeks to crack the Z32 and an hour for the Z13, I think that sums it up pretty well.”

In hindsight, Ziraoui realised he had been a little tactless, brazenly bursting into a tight-knit community with what he presented as definitive solutions.

“He came in and told them ‘end of the game’,” said Youssef Ziraoui, his brother and a journalist in Morocco. “But these people don’t want the game to end.”

And it remains unclear whether the case — which has for decades consumed police detectives, generated dozens of stranger-than-fiction claims and inspired a blockbuster movie — will ever be solved. The FBI and the San Francisco Police Department, to which Fayçal Ziraoui sent his findings, declined to comment, citing the ongoing investigation.

Born and raised in Morocco, Ziraoui studied in France, where he graduated from École Polytechnique and HEC Paris, the country’s top engineering and business schools, and where he now works as a freelance business consultant.

Ziraoui initially thought code solving would be a fun activity during the coronavirus lockdown. At the time, he knew nothing about the Zodiac killer, who was suspected of five murders in the late 1960s but who himself boasted of 37 killings.

The killer’s hallmark was a series of four ciphers, using letters of the alphabet and symbols, that he sent to media outlets from July 1969 to April 1970 with warnings, and tantalisingly, a promise of his identity.

A first 408-character cipher, in which the killer said he loved murdering people, was cracked soon after it was sent.

The French magazine article Ziraoui read in December said the FBI had acknowledged that a team of three hobbyist cryptologists had solved a second cipher, comprising 340 characters, 51 years later, with a code-breaking programme that ran through 650,000 possible solutions before finding the encryption key. But the message provided no clues about the killer’s identity.

That left two unsolved codes, one 32 characters long and a 13-character cipher preceded by the words, “My name is __.”

Many Zodiac enthusiasts consider the remaining ciphers — Z32 and Z13 — unsolvable because they are too short to determine the encryption key. An untold number of solutions could work, they say, rendering verification nearly impossible.

But Ziraoui said he had a sudden thought. The code-crackers who had solved the 340-character cipher in December had been able to do so by identifying the encryption key, which they had put into the public domain when announcing their breakthrough. What if the killer used that same encryption key for the two remaining ciphers?

So he said he applied it to the 32-character cipher, which the killer had included in a letter as the key to the location of a bomb set to go off at a school in the fall of 1970. (It never did, even though police failed to crack the code.)

That produced a sequence of random letters from the alphabet. Ziraoui said he then worked through a half-dozen steps including letter-to-number substitutions, identifying coordinates in numbers and using a code-breaking programme he created to crunch jumbles of letters into coherent words.

The work consumed his thoughts, waking him up at night and plunging him into a constant state of anxiety as he learned gruesome details about the murders.

“I was obsessed with it, 24 hours a day, that’s all I could think about,” Ziraoui said.

The sequence zeroed in on a location near a school in South Lake Tahoe, a city in California referred to in another postcard believed to have been sent by the Zodiac killer in 1971.

After about an hour, Ziraoui said he came up with “KAYR,” which he realised resembled the last name of Lawrence Kaye, a salesman and career criminal living in South Lake Tahoe who had been a suspect in the case. Kaye, who also used the pseudonym Kane, died in 2010.

The typo was similar to ones found in previous ciphers, he noticed, likely errors made by the killer when encoding the message. The result that was so close to Kaye’s name and the South Lake Tahoe location were too much to be a coincidence, he thought.

Kaye had been the subject of a report by Harvey Hines, a now-deceased police detective, who was convinced he was the Zodiac killer but was unable to convince his superiors.

Around 2am on January 3, an exhausted but elated Ziraoui posted a message titled “Z13 — My Name is KAYE” on a 50,000-member Reddit forum dedicated to the Zodiac Killer.

The message was deleted within 30 minutes.

“Sorry, I’ve removed this one as part of a sort of general policy against Z13 solution posts,” the forum’s moderator wrote, arguing that the cipher was too short to be solvable. The moderator declined to be interviewed by The New York Times.

Similar dismissive comments were made on other forums. Many of the comments went down arcane, and sometimes nonsensical, rabbit holes; others said Ziraoui’s methods were too convoluted.

David Oranchak, the leader of the team that cracked the 340-character cipher, said in a written exchange that he was sceptical of Ziraoui’s solution, noting that “hundreds of proposals for Z13 and Z32 solutions” already exist, and that “it is practically impossible to determine if any of them are correct” because of the brevity of the ciphers. Others had also arrived at Kaye as a possible suspect through circumstantial evidence.

But David Naccache, a cryptographer and professor at École Normale Supérieure in Paris, and Emmanuel Thomé, a cryptography specialist at France’s National Institute for Research in Digital Science and Technology, said Ziraoui’s code-cracking methods were sound and should be considered by police investigators.

Another cryptographer, Rémi Géraud, also from the École Normale Supérieure, disagreed, saying Ziraoui had made arbitrary choices in his work.

Looking back, Ziraoui said he realised he had “arrived a bit like a bull in a china shop” by openly challenging decades-old theories about the case on the online forums.

“They are usually friendly to people who are cordial when presenting their ideas but once they start acting like they are 100 per cent sure they’ve cracked the codes or the case, the community becomes rather hostile,” he said.

Five months after he first posted his solutions online, Ziraoui has now disappeared from the Zodiac forums. He has stopped responding to comments, saying he did not “have the skills to play” in the charged environment of the online forums.

“My brother would tell me: ‘Bro, what you just did here is pretty much the easy part,'” Ziraoui said with a smile. “‘Actually, the most difficult thing is to convince people.'”