Wages for the country's politicians – like in Australia – are set by an independent body, a process that deliberately keeps the annual pay review at arms-length from the politicians. 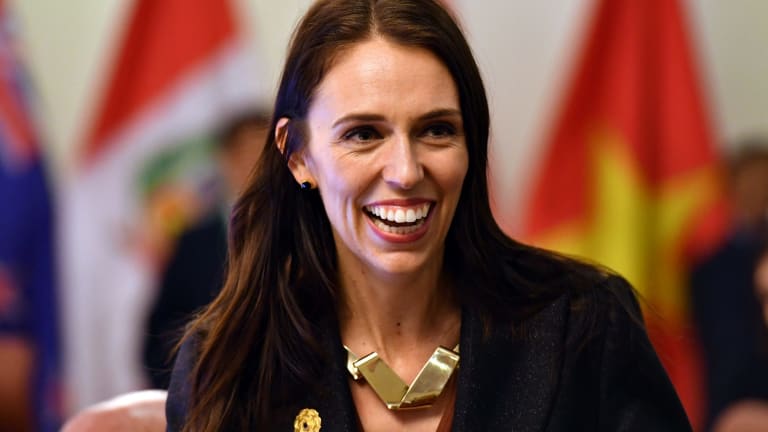 But Ms Ardern on Monday told reporters a 3 per cent rise that had been recommended by the Remuneration Authority this month wasn't "acceptable" and that her cabinet had voted to instead freeze wages and allowances where they were for a year.

The NZ government coalition parties had all agreed to it, and Opposition Leader Simon Bridges was informed of the decision earlier in the day. Ardern said he was also supportive.

Allowances are awarded on top of those figures, which take care of "out-of-pocket expenses" related to the job.

"We do not believe, given that we are on the upper end of the salary scale, that we should be receiving that kind of salary increase," she said.

"Because we, of course, already are on a high income … One of the things we've been trying to bridge as a government is the fact that we see these increases at the top end of the scale, without the same increase at the end of the scale where most New Zealanders sit."

However, because the current law keeps politicians from interfering in the pay decision, New Zealand lawmakers will now have to quickly put through a bill blocking their own raises.

That would give them time to work out a "fairer formula" for how the authority sets the wages in future, Ms Ardern said.

The announcement follows the first mass strikes by the country's primary school teachers and nurses in a generation, as the government is locked in a contentious pay negotiation, but Ms Ardern denied that had spurred the decision.

The issue of MPs' pay has always been fraught in New Zealand, with several former prime ministers – including Sir John Key and Sir Bill English – expressing unease at pay increases in years past.

In 2015, under Key, members of Parliament hurriedly passed a law to cut their controversial pay rises, but still gained an average increase of more than $NZ5000 that year. The law change saw MPs' pay tied to average wage increases as determined in Statistics New Zealand's Quarterly Employment Survey – resulting in a 1.5 per cent pay rise, instead of the 3.5 per cent the Remuneration Authority had originally set.

MPs have also systematically legislated to try to reduce additional perks like travel costs that used to stretch far beyond their parliamentary term.

Green Party co-leader Marama Davidson said MPs should eventually only get the same pay rise as the average worker, "in dollar terms".

"MPs are paid well above the average worker, so giving them a percentage rise accentuates their higher pay. When it is right for MPs to get a rise, they should get the same in dollar terms as what the average worker receives."