A new Plan C was revealed by a number of top Tories last night which could unite the party – and the DUP have got on board this morning. 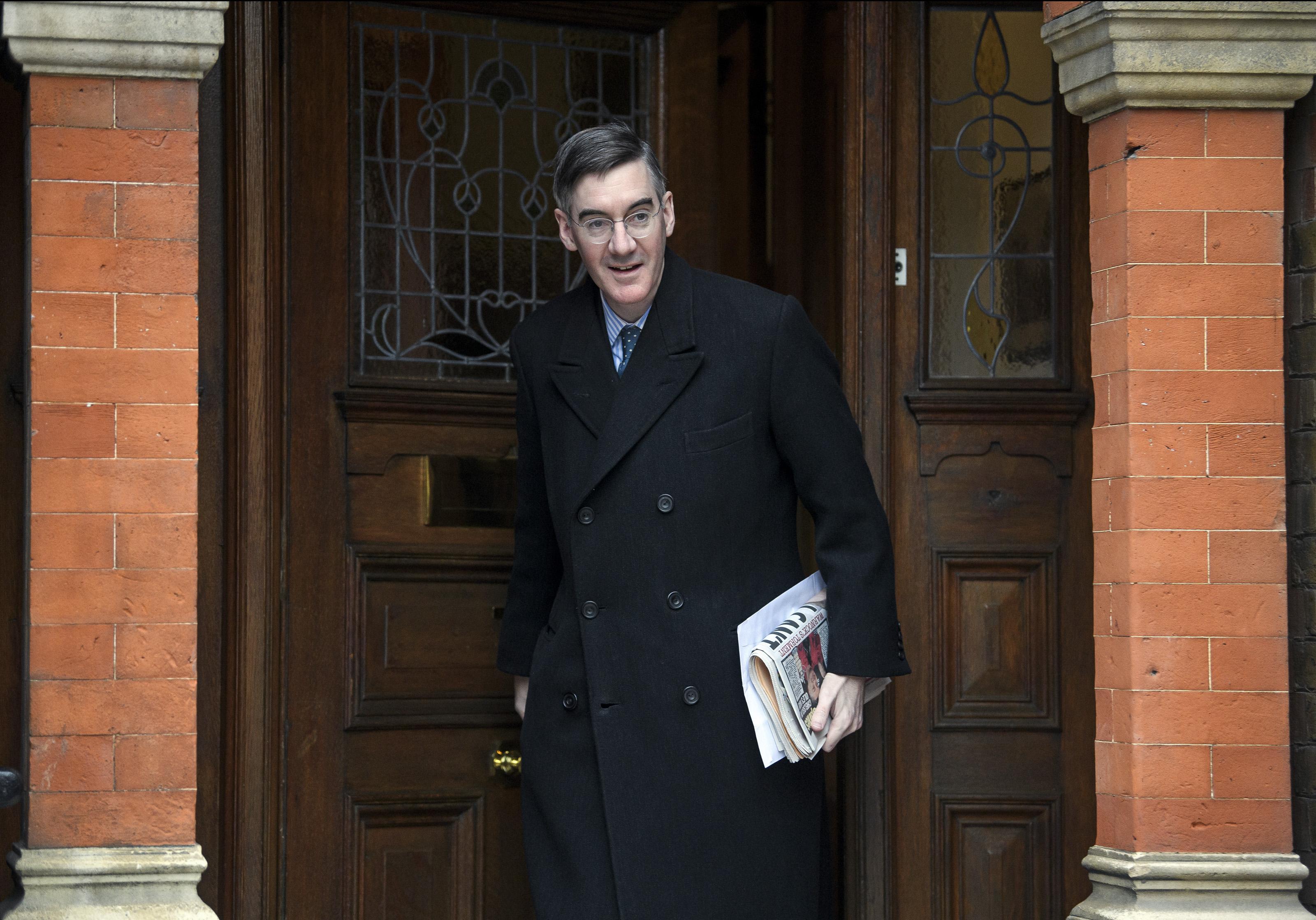 The Prime Minister faces a series of crunch votes tonight in the Commons as MPs are set to show exactly what Brexit plan they can all agree on – after her stunning defeat.

She's said she wants to go back to Brussels with a mandate from MPs to say that her deal can pass if legally binding changes are made to it.

But the EU has said repeatedly they won't open it back up again, and can't change the hated Northern Ireland backstop plan.

The last-minute plan would see Britain try and renegotiate a different sort of back-up plan for the Irish border, like the PM wants to do.

If that wasn't possible then we would pay the £39billion as promised to the EU in exchange for a longer transition period to sort out a free trade deal, or go for a managed exit if one wasn't reached.

The PM is now under huge pressure to get behind the plans, after they were embraced by all wings of the party.

Brexiteer Boris Johnson branded the plans as a "breakthrough" and he hoped the Government would get behind it.

And ex-Brexit minister Steve Baker said: "We need to get out of the EU on time and with a functioning government. This is how."

Ex-minister Nicky Morgan, a key Remainer ringleader in the plan, says talks had been going on for "some days" between both wings of the party, and co-ordinated by minister and former Boris ally Kit Malthouse, and she was keen to see a deal everyone can agree on.

We are all prepared to compromise

She told the BBC this morning: "People like me want to avoid a no-deal outcome, a crashing out on March 29.

"We have to look for ways to do that. We are all prepared to compromise on that."

Arlene Foster said this morning the party have endorsed the plan to "unify" the Remainers and Leavers in the debate.

And she added: "If the Prime Minister is seeking to find a united front, both between elements in her own party and the DUP, in the negotiations which she will enter with the European Union, then this is a proposition which she should not turn her back on."

Last night Theresa May urged her MPs to get behind another amendment – put forward by top Tory Sir Graham Brady.

That would see the hated Irish backstop replaced by "alternative arrangements" – but it doesn't say what those would be.

If passed, it would give her the mandate to return to Brussels and ask for more, proving her deal isn't dead. 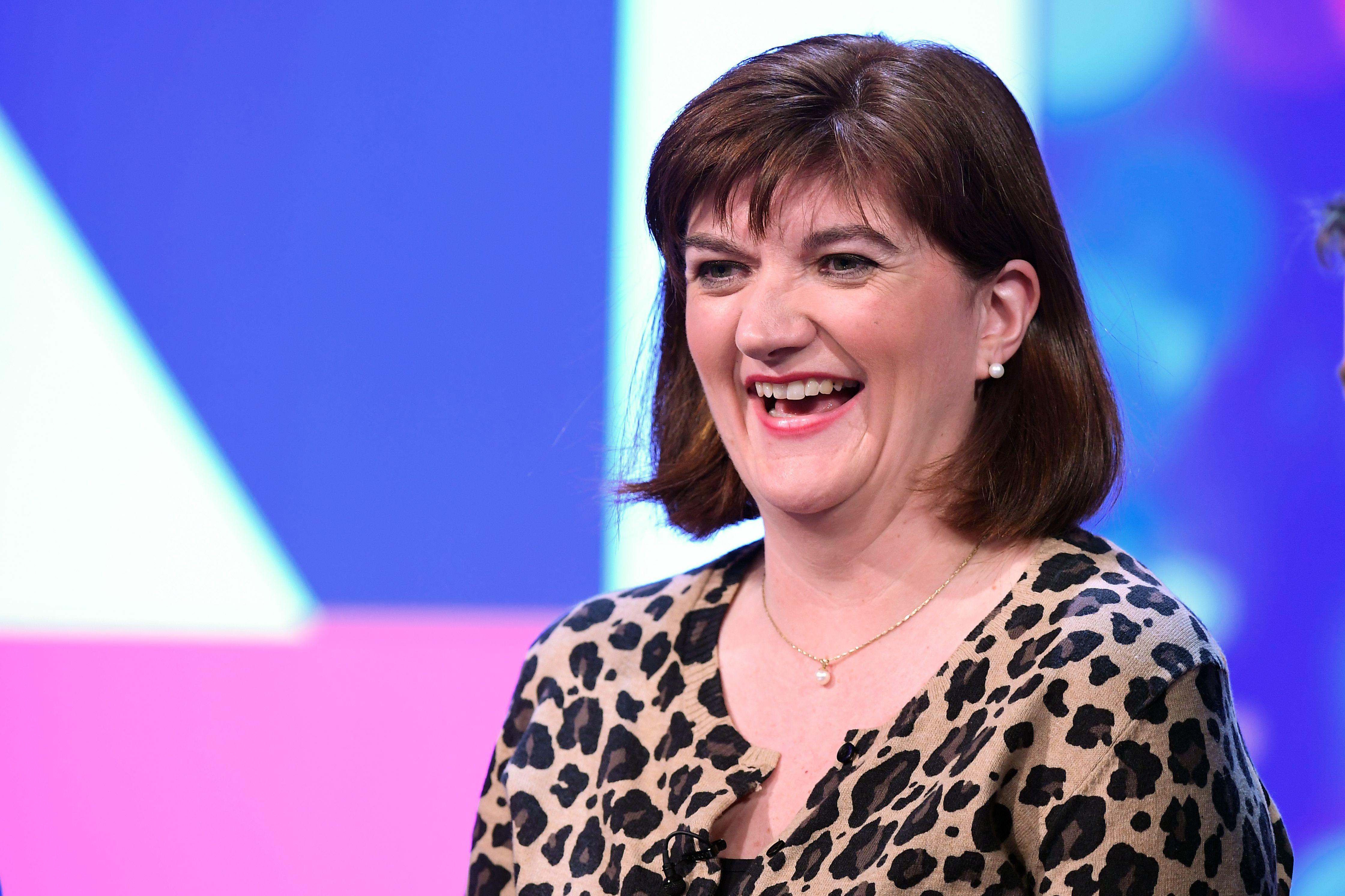 Guide to the key Brexit amendments

A TOTAL of 15 different amendments have been tabled to today’s Brexit motion.

Up to half a dozen will be pushed to a vote – but most aren't legally binding, and two of the amendments are seen as key.

COOPER AMENDMENT – RULE OUT NO DEAL

Labour's Yvette Cooper has teamed up with Tory ex-minister Nick Boles to try and take No Deal off the table.

The cross-party amendment would force the Government to introduce a bill giving unprecedented powers to MPs.

The House of Commons would be able to vote to delay Brexit by up to nine months if Britain is heading towards a No Deal outcome.

The bill states that if there is no deal in place by February 26, MPs could then instruct the Government to seek an extension of Article, 50, the legal mechanism taking us out of the EU.

Jeremy Corbyn is expected to back the amendment tomorrow – giving it a good chance of success.

Sir Graham Brady is one of a group of senior Brexiteers who've tabled an amendment to kill off the Irish backstop.

The amendment states that the Commons is prepared to back Theresa May's deal, but only on condition the backstop is " replaced with alternative arrangements to avoid a hard border".

Although it wouldn't be binding, Sir Graham says that if it passes it would allow the PM to return to Brussels and secure changes to the withdrawal agreement.

The Government is supporting the amendment and will tell Tory MPs they must vote for it.

But it's up to Speaker John Bercow to pick which amendments are voted on – so he could scupper Mrs May's hopes by refusing to select the Brady one.

She dramatically clashed with Boris in a meeting of MPs last night – telling him we "won't know" what is likely to get agreement "unless you support us Boris".

Meanwhile, Mr Rees-Mogg performed a stunning u-turn, saying he COULD back the PM's deal if more details are revealed.

But this morning he said: "Let's see what the Prime Minister says today. If the Brady amendment is a Government amendment, effectively, that means that the Withdrawal Agreement will be re-opened that's very different to a worthy backbench motion." 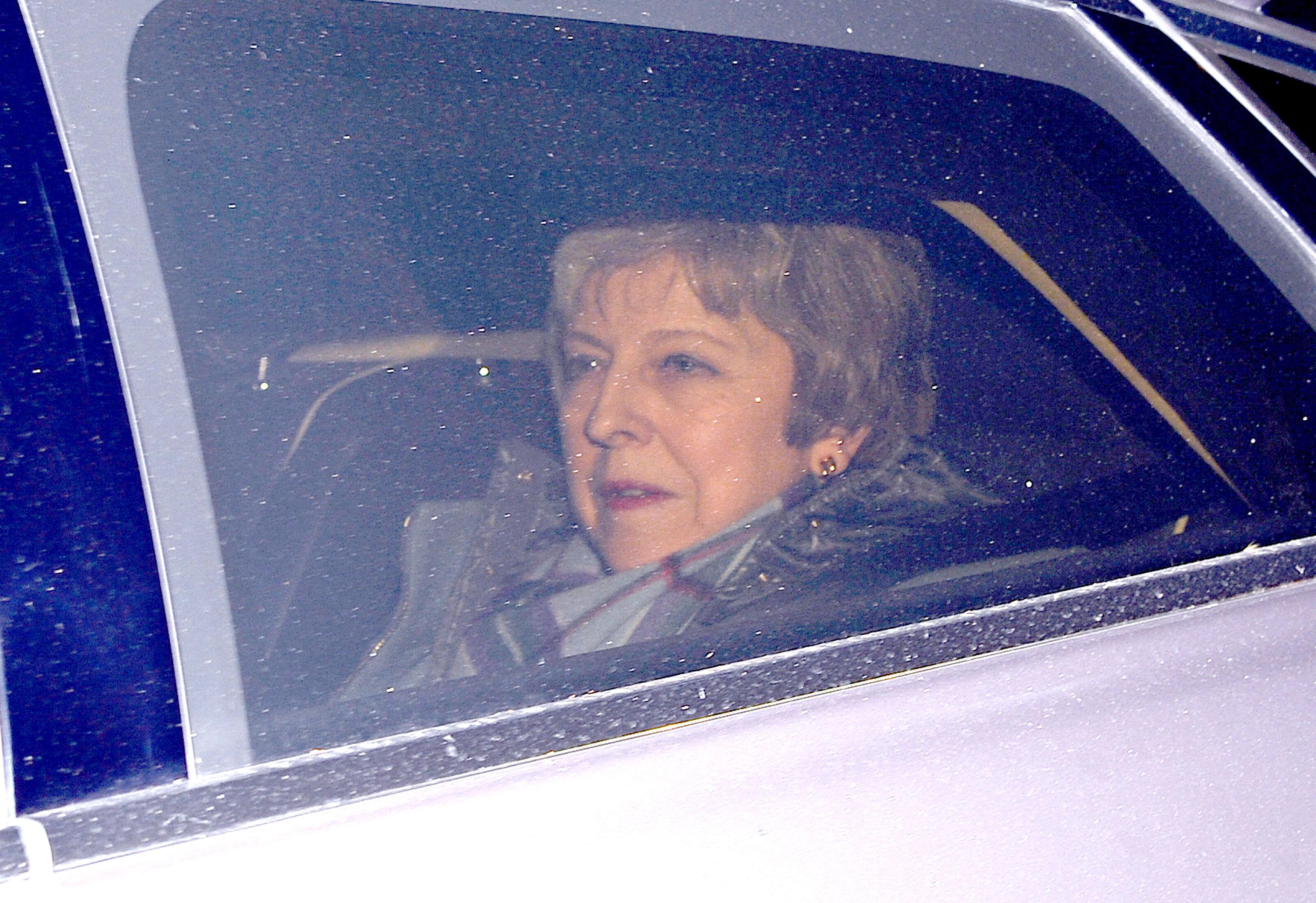 What happens in tonight’s vote?

The vote in Parliament this evening is a result of the defeat of Theresa May's deal earlier this month.

The law states that after the deal's defeat, the PM must make a statement in the Commons announcing her plans – which she did last Monday, saying she would press on with her current deal.

The Government must then table a so-called "neutral" motion to be voted on – stating simply that the House of Commons "has considered the statement" made by the PM.

Why does the vote matter?

Whether or not MPs vote in favour of the motion tabled by Mrs May is literally meaningless.

But crucially, the motion can be amended – giving the Commons the right to pass any resolution it wants and dictate to the Government what it should do next.

What are the amendments?

There are two main amendments – one from Labour's Yvette Cooper which rules out a No Deal Brexit, and another from top Tory Graham Brady which kills off the Irish backstop.

But another 13 amendments have also been tabled from across the political spectrum.

Commons Speaker John Bercow will this morning select roughly half a dozen which will go to a vote from around 7pm – after six hours of debate opened by Mrs May.

Most of the amendments aren't legally binding but would provide a clear political message to the Government.

But the Cooper amendment is legally binding – making it more worrying to ministers than the others.

Tonight’s vote is not a rerun of the first "meaningful vote" on whether or not to approve the Brexit deal.

That is likely to come some time in February – whatever happens this evening. 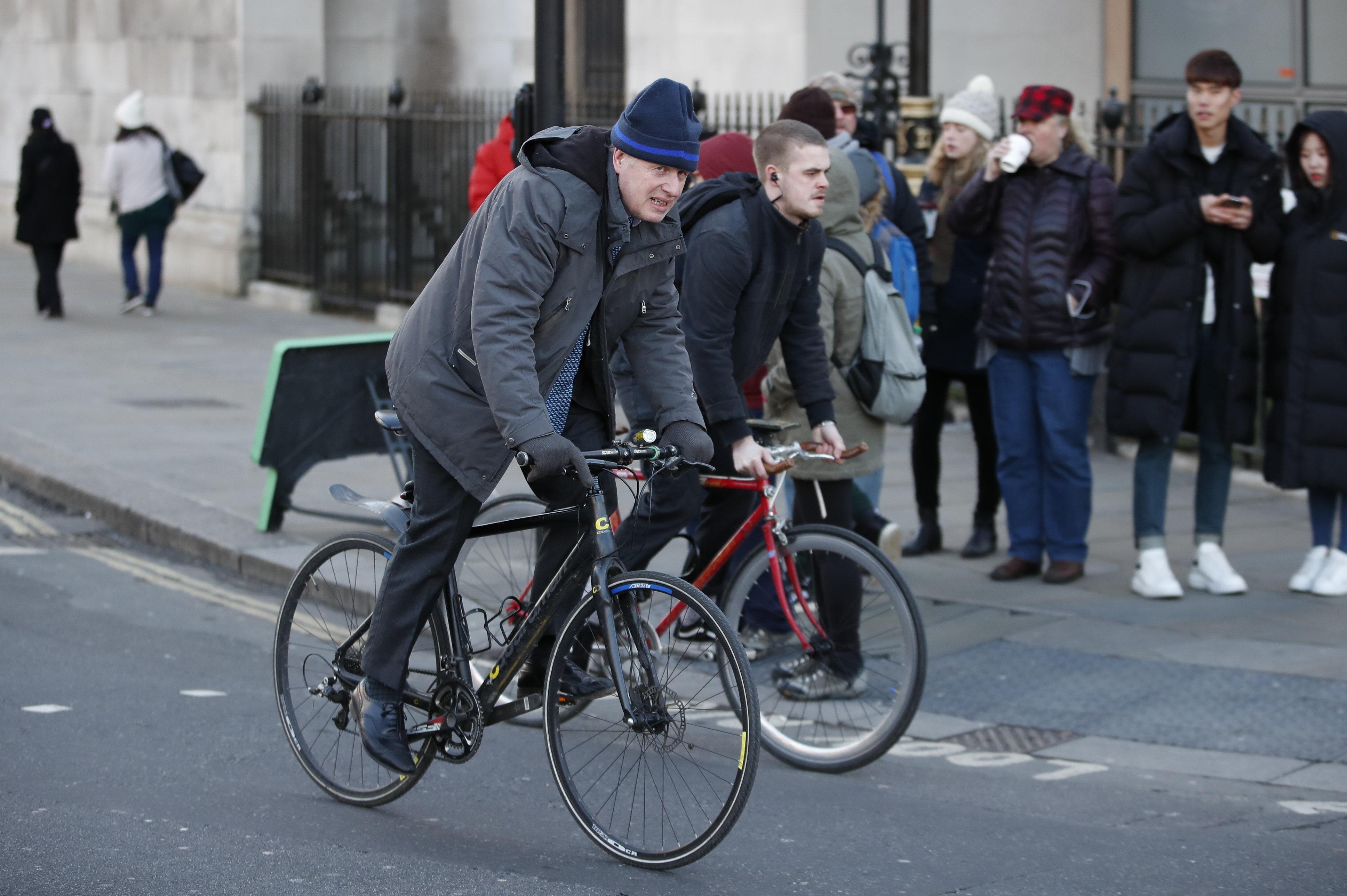 And today Brexit could be delayed until the end of the year – if Remainer MPs beat Mrs May in another one of tonight's crunch votes.

A motion backed by anti-Brexit campaigners would see Britain STAY in the EU rather than quit without a deal.

Theresa May is desperately scrambling to see off the amendment, tabled by Labour MP Yvette Cooper.

The motion is seen as very likely to pass if Mr Corbyn orders Labour to back it.