Washington: A jaguar at the Audubon Zoo in New Orleans slipped out of its enclosure and went on a territorial killing rampage sometime overnight, attacking four alpacas, an emu and a fox trapped in their own habitats before zoo officials managed to sedate it.

The big cat was first reported missing at 7.20am, before the zoo opened, officials said in a press release. By 8.15am it had been spotted, tranquilised and returned to its enclosure by veterinarians. 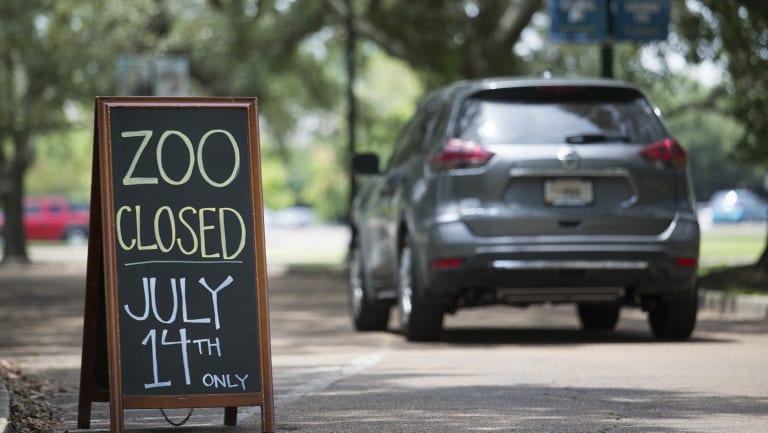 The Audubon Zoo closed after a jaguar escaped from its habitat and killed a series of animals, according to a release from zoo officials in New Orleans.

No humans were injured by the animal, although the circumstances of the escape sparked a worrisome thought at what might have been: The "jaguar jungle" is also home to a children's play area.

In a news conference on Saturday, zoo officials insisted the facility was safe for the general public, even though they wouldn't say how the apex predator managed to escape and either kill or injure every alpaca on zoo property.

The New Orleans Advocate later reported that the roof over the jaguar enclosure had been compromised.

In addition to the slain animals, three other injured animals were being cared for.

The jaguar, a 3-year-old named Valerio, did not appear to be eating the animals it went after, but rather was engaged in a territorial display, said Kyle Burks, the zoo's vice president and managing director. The animals it pounced on were unable to escape their own enclosures. 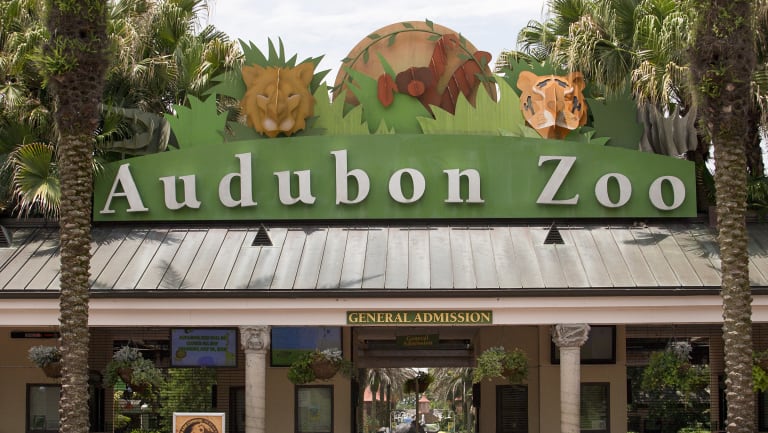 The Audubon Zoo closed after a jaguar escaped from its habitat and killed animals.

The zoo was closed on Saturday as officials tried to discover how the feline escaped. Grief counselors were also brought in for traumatised staff. The zoo planned to reopen on Sunday at 10am.

But the incident was certain to raise questions about the dangers of caging apex predators that have evolved to hunt and kill, and will quickly pounce on prey animals – or humans – if safeguards break down.

In spring 2017, a British zookeeper was mauled after being trapped in the Hamerton Park Zoo's tiger enclosure with at least one of the big cats.

Horrified witnesses said they could see zookeepers sprinting to the edge of the tiger enclosure, throwing pieces of meat as an unsuccessful distraction. 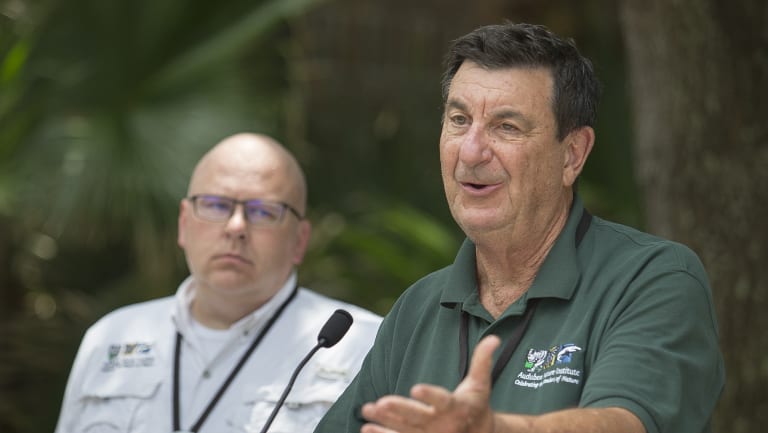 Ron Forman, President and CEO of the Audubon Nature Institute, speaks during a press conference at the Audubon Zoo

In 2016, 38-year-old zookeeper Stacey Konwiser was killed by a tiger while preparing the "night house" at the Palm Beach Zoo. The house is where the animals are cleaned and fed, then boarded overnight.

Also that year, at Beijing Safari World, a woman was injured and her mother killed after the younger woman got out of their car and was dragged off by a tiger.

"These accidents happen, you know, on some kind of a recurring basis around the world," said Doug Cress, chief executive of the World Association of Zoos and Aquariums. "And it's because you're dealing with animals that, at their genetic core, are built differently than we might like them to be. They are designed to be wild animals."

Joel Hamilton, the Audubon Zoo's vice president and general curator, echoed that sentiment when asked whether there was something particularly aggressive about Valerio.

"He's a young male jaguar," Hamilton said. "He was doing what jaguars do. Certainly his behaviour wasn't out of the ordinary for that kind of an animal."

Jaguars are opportunistic hunters that prey on more than 85 species, according to the International Union for Conservation of Nature. Their habitat ranges from the jungles of Central and South America, where they are considered "near threatened" by IUCN, to the southern regions of Arizona and New Mexico, where they are listed as an endangered species by the US Fish and Wildlife Service. Lions and tigers are the only big cats that are bigger than jaguars, making the felines the biggest in the Americas.

The Audubon Zoo, which originated from a bird habitat built in 1916, is a "58-acre jewel ranking among the nation's best zoos," according to the Audubon Nature Institute, which oversees the zoo and other properties. It is situated in Uptown New Orleans, between Audubon Park and the Mississippi River.

Ron Forman, the president and chief executive of the zoo, said on Saturday's series of attacks was the worst in the zoo's history, but told the public the Audubon Zoo was still safe.

"The zoo, it's been here for 100 years," Forman said. In that time period, we've had over 100 million visitors to the zoo. We've never had an incident like that before. So I think statistically there's nothing to worry about the safety of coming to the zoo. "

But the Advocate said it found five other instances in the zoo's history when an animal escaped, including another jaguar that got loose.

In 1992, an African warthog broke a hole in its fence and made it to a back road before it was sedated, according to the paper. Two years later, a 17-year-old lion escaped from her pen when a keeper opened an enclosure. She was tranquilised in an equipment room.

In 2009, a male orangutan used a T-shirt to scale a 10-foot wall and swing out of the habitat, although the critically endangered primate returned when a zookeeper yelled at him. Another primate escaped in March 2013 but was tranquilised half an hour after getting out.

And in December 2001, according to the newspaper, a 9-month-old jaguar broke through the wire that lined the front of the jaguar exhibit. The juvenile cat was free for 10 minutes before being sedated.