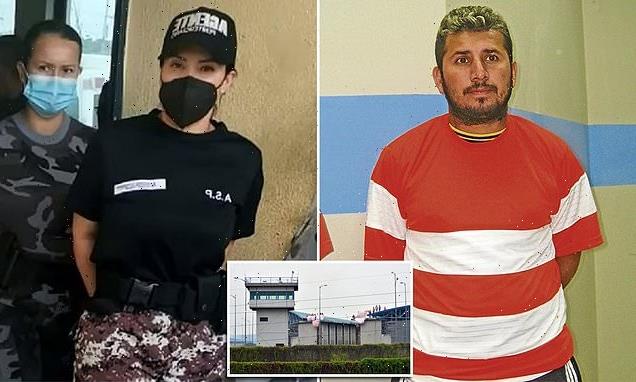 The girlfriend of a high profile Ecuadorian gang leader was briefly arrested after she spent a week sleeping in his jail cell – and was busted as she tried to leave the prison in the middle of a riot while wearing a guard’s uniform.

The National Police revealed over the weekend that the Verónica Briones Zambrano arrived at the Guayaquil Regional Jail on September 27 and remained there with her boyfriend, José Adolfo ‘Fito’ Macías Villamar, a high-ranking leader with Los Choneros, a gang linked to Joaquín ‘El Chapo’ Guzmán’s Sinaloa Cartel.

The Briones Zambrano was looking to leave penitentiary on October 2 in the midst of a rebellion as security forces were greeted with gunfire.

She was arrested briefly before being released, and authorities are now on the hunt for her. 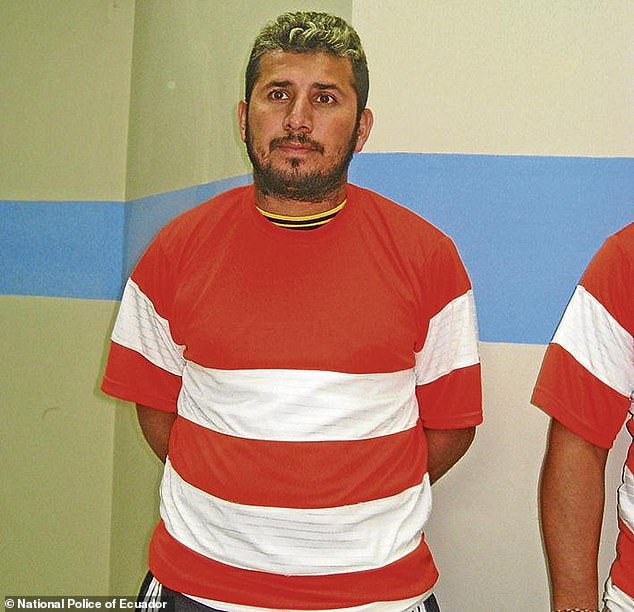 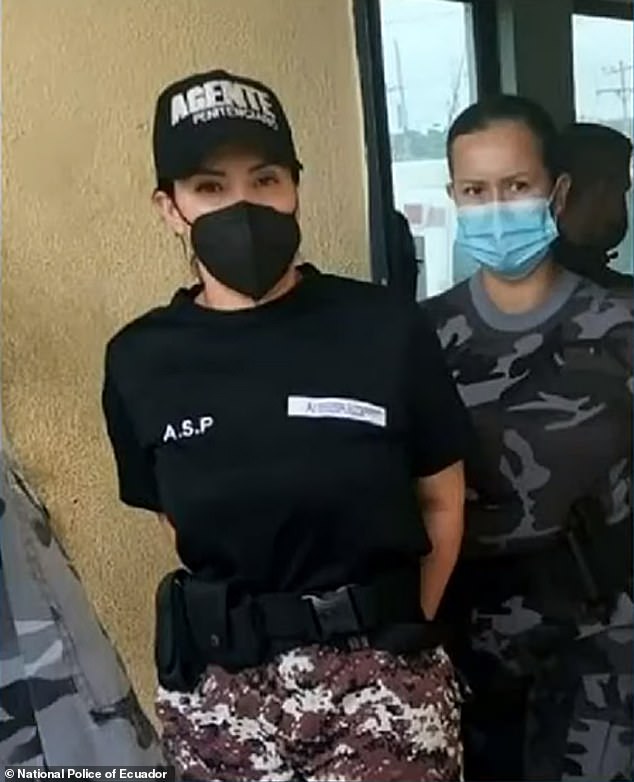 Verónica Briones Zambrano, the girlfriend of José Adolfo ‘Fito’ Macías Villamar, leader of Los Choneros gang, is escorted from the Guayaquil Regional Jail in Guayaquil, Ecuador, on October 2 after security forces were called to the prison and were met by gun fire from the inmates

Briones Zambrano was walking with Karen Guano, who works as a prison guide, before they were both stopped by a police unit and soldiers who were guarding the exit, police record show.

Briones Zambrano identified herself as Macías Villamar’s girlfriend and admitted that she had been staying at the jail for several days.

Ecuadorian network Ecuavisa reported that both women were removed from the prison and transferred to the Guayas prosecutor’s headquarters, but at one point the police officer who was in custody of the women received a phone call from the National Police’s 8 District chief Fausto Buenaño, who instructed him to release Briones Zambrano because Macías Villamar had come to an agreement to hand over the gang’s arsenal of weapons in exchange for her freedom.

However, the network learned from a police source that Briones Zambrano was released from custody after she appeared before a prosecutor and alleged that she had been actually held against her will at the prison and originally kept quiet because she feared for her life. 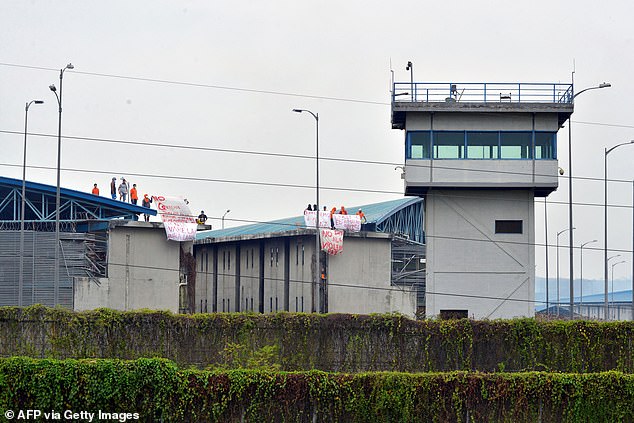 The security breach took place a day before Los Choneros gang members went to war with their rival, Los Tiguerones, which happens to be linked to Jalisco New Generation Cartel.

The riot, the worst in Ecuador’s history, left 119 inmates dead at the Litoral Penitentiary, located about 1,600 feet away from where Macías Villamar is serving a 25-year prison sentence.

His mother told El Diario last Wednesday that her son was looking to work on a truce with other gangs to avoid similar incidents like the September 28 massacre.

‘My son seeks to sign a peace commitment to prevent further massacres. He fears for his life,’ Marisol Villamar said.