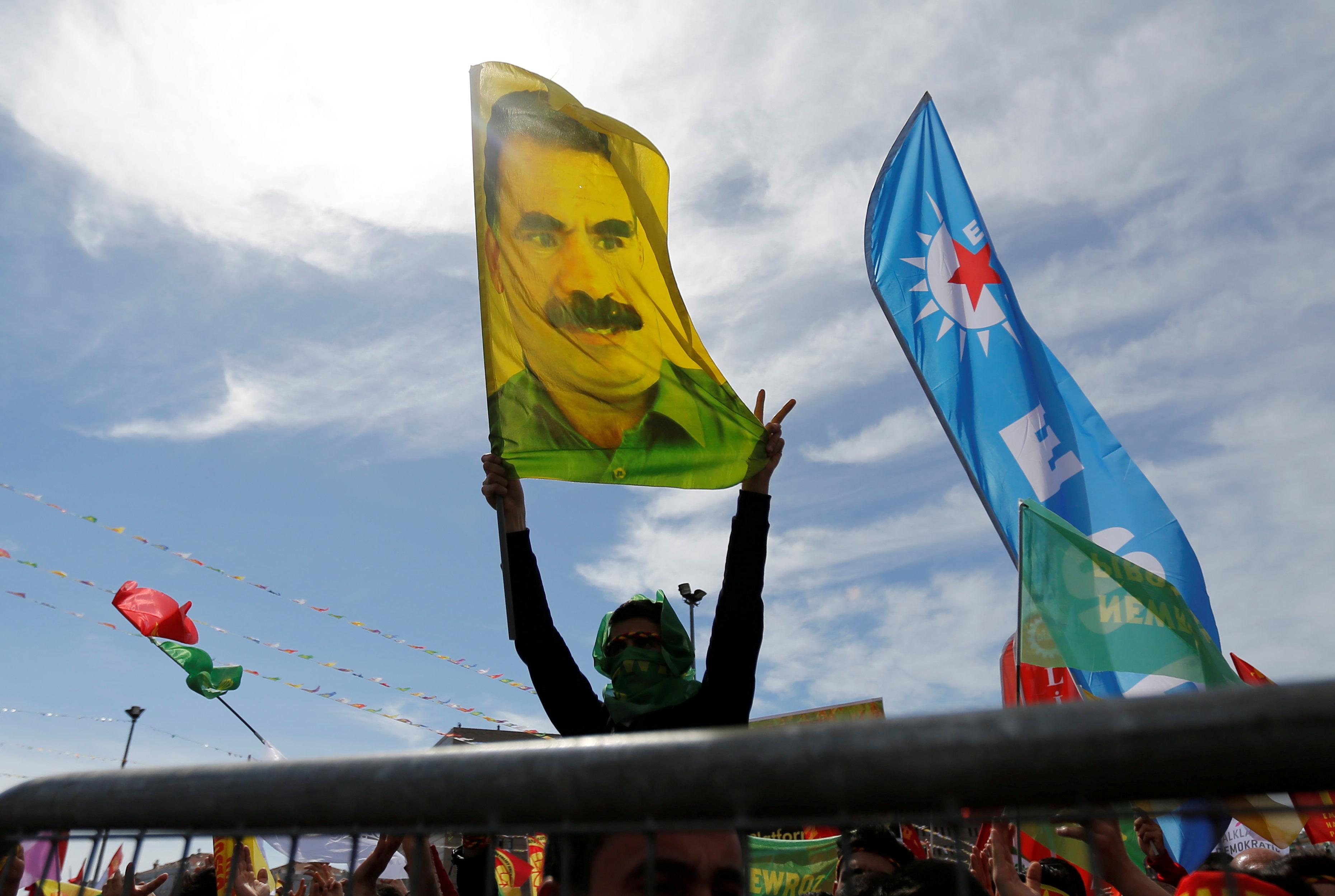 Ocalan is the founder and leader of the Kurdistan Workers Party (PKK) militant group and has been imprisoned on an island near Istanbul since he was captured in 1999.

A formal lifting the ban on access by Ocalan’s lawyers, just a month ahead of a re-run election in Istanbul, could lead to some of his supporters halting hunger strikes that they launched to protest his isolation.

“The decisions regarding a ban on visits has been lifted, providing for the possibility of visits,” Gul told reporters in comments broadcast on Turkish television.

However Ocalan’s lawyers said in a statement that despite repeated requests, they have not been granted a meeting with him since they saw him in jail on May 2. He has also not been allowed to see his family, they added.

The PKK launched a separatist insurgency in southeast Turkey in 1984 and more than 40,000 people have been killed in the conflict. Turkey, the United States and European Union designate the PKK as a terrorist group.

The pro-Kurdish Democratic Peoples’ Party (HDP) say some 3,000 people, mostly prison inmates, are on the hunger strike, which was launched by HDP lawmaker Leyla Guven and is to demand regular access to Ocalan by his lawyers and family.

It was not immediately clear whether the latest move would lead to an end of the hunger strike.

The minister’s comments came amid preparations for a re-run of the Istanbul mayoral election next month. In a stinging upset, the opposition narrowly beat the candidate of President Tayyip Erdogan’s AK Party in the March 31 vote, but the result was annulled by the country’s high election board.

Some Turkish commentators have suggested the decision to allow the visit by Ocalan’s lawyers was an attempt to win over Kurdish voters. The HDP supported the opposition in the March election and has indicated it will do the same on June 23.

Several days after the lawyers’ visit on May 2, Ocalan issued a rare statement, in which he said those on hunger strike should not risk their health or lives. The hunger strikers are consuming water, vitamins and sugar.

Ocalan, jailed on the island of Imrali, played a significant role in a peace process between Turkish authorities and the PKK. Those talks and a ceasefire broke down in 2015, unleashing some of the worst violence since the insurgency began.

Ocalan’s statement also called on the Kurdish-led Syrian Democratic Forces (SDF) to resolve problems in Syria without conflict. The PKK leader is revered by the Kurdish YPG militia, which forms the core of the U.S.-backed SDF.

Turkey says the YPG and PKK are one and the same and has waged two military incursions in northern Syria against the YPG.