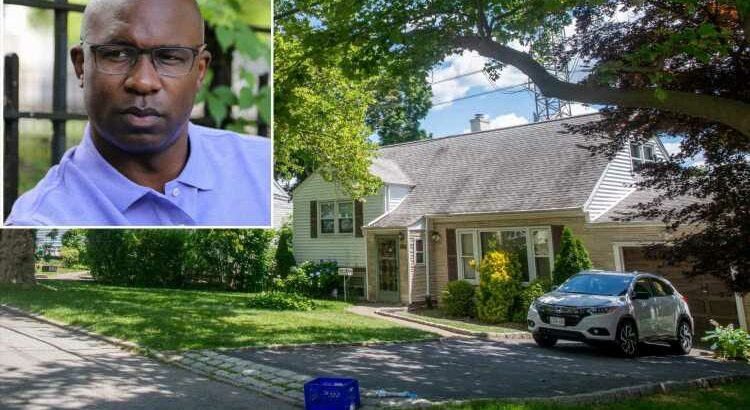 Arrest made in fatal broad daylight shooting outside Bronx church

Defund for thee, but not for me.

Freshman U.S. Rep. Jamaal Bowman — a champion of defunding cops who claims policing is rife with “white supremacy” — asked for and received a special police detail to guard his Yonkers home in the days following the Jan. 6 Capitol Hill insurrection, The Post has learned.

“About a week after the Jan. 6th incident at the Capitol, we received a request from the Congressman’s office for increased police presence at his residence,” Yonkers Police Department Detective Lt. Dean Politopoulos told The Post.

“In response, our Intelligence Unit was notified of the request and the local precinct instituted what is called a directed patrol at the Congressman’s home for the next two weeks,” Politopoulos said.

Politopoulos said police have not detected anything unusual in Bowman’s area for the last several years.

Five people died Jan. 6 in Washington, D.C., as thousands of protesters stormed the US Capitol Building in a bid to stop Congress from certifying the presidential election for Joe Biden. Many members of Congress had to be shuttled to safety as the crowd rampaged through the building.

Bowman himself rode out the storm hunkered down in his office in the Longworth House Office Building, a third of a mile south of the Capitol. The rabble rousers didn’t make it there and during the mayhem Capitol Police actually evacuated those in danger on Capitol Hill to the safety of Longworth.

A day after the riot, the congressman told radio host Ebro Darden he had been “safe pretty much throughout the event.”

Reps for the Congressman told The Post the cops were brought in after Bowman
“received threats.”

“US Capitol Police advised us to reach out to local authorities to request heightened patrolling of his residence until the situation was mitigated. We followed their advice,” Chief of Staff Sarah Iddrissu told The Post.

She declined to elaborate on the threats beyond saying they were of “varying degrees of alarm.” Iddrissu also sidestepped inquiries about whether the Congressman’s actions were hypocritical in light of his anti-police stances.

Bowman’s victory came less than two months after the death of George Floyd in Minneapolis. The Congressman has made defunding the police central to his political identity.

“A system this cruel and inhumane can’t be reformed. Defund the police, and defund the system that’s terrorizing our communities,” he said in December 2020. “We screamed defund the police so we could reallocate those resources toward something that focuses on true public health and public safety,” Bowman added in an April tweet.

Bowman even attacked former President Obama when Obama suggested the defund the police slogan was doing more harm than good.

“The problem is America’s comfort with Black death — not discomfort with slogans,” Bowman snapped.

The congressman has frequently accused cops of being agents of “white supremacy.”

“Too many police in our country are more concerned with protecting white supremacy than serving the communities that pay their salaries,” Bowman thundered in a May 2021 tweet. “We need to urgently and explicitly address white supremacy and its presence in our police forces,” he said elsewhere.

“Congressman Bowman’s cry for extra policing at his home is hypocrisy at its worst,” Keith Olson, president of the Yonkers Police Benevolent Association, told The Post. “Not long ago, the Congressman called for dramatically less policing in the most violent, crime ridden neighborhoods … Asking these same police officers to protect your family while creating policies that make communities of color less safe is simply disgraceful.”

Other progressive pols talk a big game on defunding cops, but have worked out special arrangements for themselves.

Rep. Alexandria Ocasio-Cortez spent more than $9,000 for “security consulting services” in 2021 from the Brooklyn-based company C’est Bon Collective. She dropped another $24,279 in January to Three Bridges, another New York security firm.

Progressive mayoral candidate Maya Wiley — who has called for slashing $1 billion from the NYPD — enjoys a private security guard for the Brooklyn enclave where her $2 million-plus home is situated.

The NYPD declined to offer any information about security requests and the US Capitol Police did not respond to requests to name other Congress members who had requested or received additional security.