A British woman has become the first person to have contracted the coronavirus in Jamaica.

The woman from London contracted the virus during a short stay to the Caribbean island where she was attending a funeral.

‘It’s an imported case,’ said a spokesman for Jamaica’s health ministry during a press conference in Kingston, Jamaica yesterday afternoon. 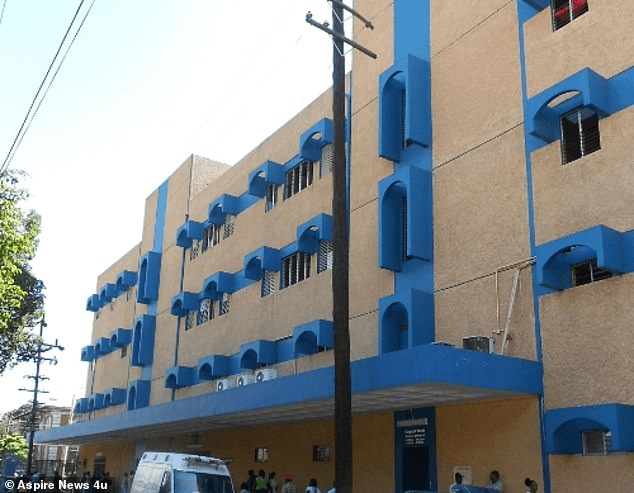 A woman from London has been quarantined at University Hospital in Kingston (pictured), one of the only medical facilities equipped to deal with the virus on the island

‘We now have our first case of Corona and the person who has it came to this country and we have her in quarantine to deal with this.’

The patient, a female who holds both British and Jamaican citizenship travelled from the United Kingdom to Jamaica on March 4, and was screened, as were all the other passengers on the flight from the UK on arrival at the airport.

The woman who is believed to be in her 50s, came to Jamaica to attend the funeral of a family member who passed away and did not show any symptoms until days later when she went to see a doctor, who confirmed the diagnosis after a test was carried out.

Now the Jamaican government is putting things in place to ensure that everyone who comes to the country is fully checked for the virus. 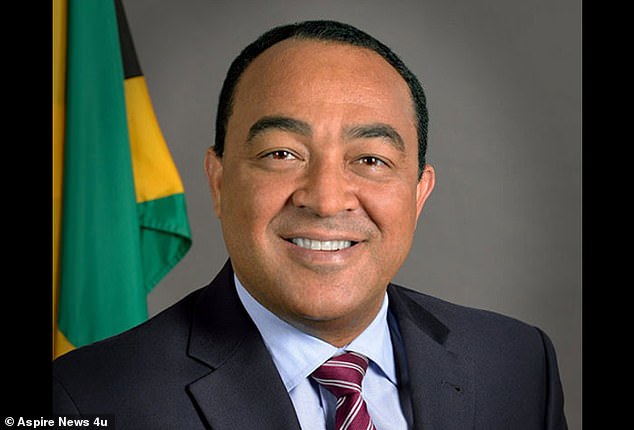 ‘We are stepping up to ensure that this disease is dealt with vigorously and we will take every precautionary measure to ensure that we contain it before it spreads all over our island,’ said a health spokesman.

Jamaicans were told that there were no guarantees regarding the spread of the virus and the only way to prevent an imported case was to shut down the island to the rest of the world.

‘But we can’t do that,’ said Jamaica’s Health Minister Christopher Tufton. ‘We can’t shut Jamaicans out of Jamaica.’

As part of the investigation into the COVID-19 patient, reporters were told that there would be a probe into the movements and home situation of the person who is being quarantined at the island’s university hospital in Kingston.

Investigators are working to determine what events the person had attended, and if the risk was confined to a home, a community or several communities.

Based on that finding, other people will be identified and quarantined. The COVID-19 person, described as stable with mild symptoms, was identified as being located on the border of St Thomas and St Andrew which is a few miles away from Kingston.

The virus is not a death sentence, citizens were told, and the vast majority of Jamaicans who may become infected will recover.

People are being urged not to panic, and not to discriminate against those affected with the virus.

Jamaicans are being urged against non-essential travel. The COVID-19 patient is in isolation at the University Hospital in Kingston, one of the only medical facilities equipped to deal with the virus on the island.

Jamaicans were also advised not to shun the hospital since it was safe.