‘My intention was only to show where my inspiration came from’: Jamie Oliver hits back after he was accused of cultural appropriation over ‘jerk rice’ dish

TV chef Jamie Oliver has defended his ‘punchy jerk rice’ following a torrent of criticism from people accusing him of ‘cultural appropriation’.

The Essex-born celebrity cook face anger from critics including Labour MP Dawn Butler, who is of Jamaican descent and branded the product ‘not ok’ and telling him to halt his ‘cultural appropriation’.

Mr Oliver defended the name of the ready meal in a statement after Caribbean cook Rustie Lee claimed the recipe has ‘nothing to do with jerk’.

Oliver told Sky News yesterday: ‘I’ve worked with flavours and spices from all over the world my whole career, learning and drawing inspiration from different countries and cultures to give a fresh twist to the food we eat every day.

‘When I named the rice my intention was only to show where my inspiration came from.’ 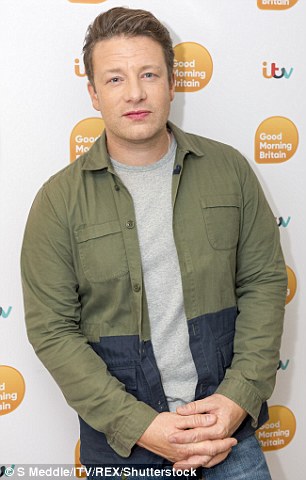 The row started on Sunday when London MP Dawn Butler tweeted him saying ‘your jerk rice is not ok’.

‘It’s not just a word you put before stuff to sell products. @levirootsmusic should do a masterclass. Your jerk Rice is not ok. This appropriation from Jamaica needs to stop.’ 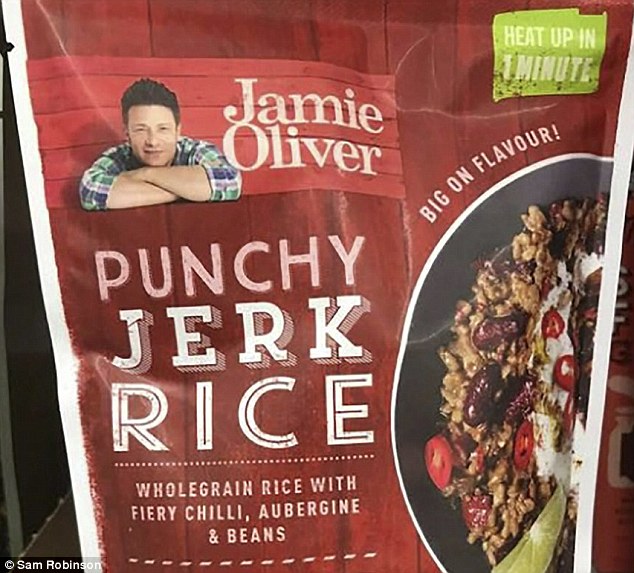 The new rice contains chilli, aubergine and beans, which Rustie Lee claims are ‘nothing to do with jerk’ Roots admitted to hosts Jeremy Kyle and Kate Garraway: ‘ I do think it was a mistake by Jamie, either by him or by his team.’

But Lee appeared more infuriated by the row, saying: ‘It is an insult. Jerk is from the Caribbean. And as much as I love Jamie. The point is it’s getting on a band wagon.’

Roots, who took part in a televised ‘jerk masterclass’ in London a few years ago, was less incensed.

He said: ‘I don’t think its that serious. I think for Caribbean food to go get to where we want it to get to, we have to change things and I’m a big one for that. 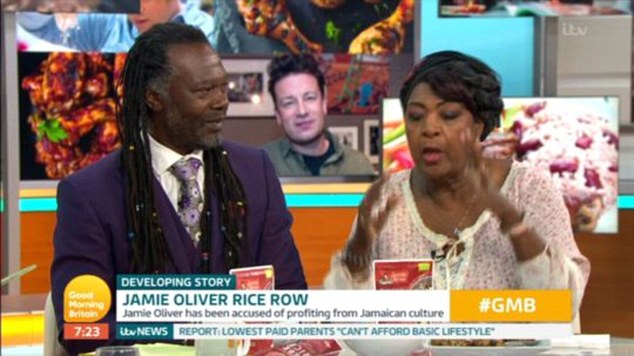 ‘But you’ve got to know what jerk is. Jerk is a method of cooking and it is the actual marinade. If it doesn’t have certain ingredients in it, it’s not jerk.

‘Not a lot of people watching this actually know what jerk is. They think it’s just a word but it’s a flavour. If you don’t have these flavours in the food it’s not jerk.’

Jerk is a seasoning for meat and fish that originated in Jamaica.

The first jerk recipes can be dated back to slavery and the year 1655.

It comes in two forms, a dry seasoning that is rubbed onto meat or fish, or a wet marinade used in the same way.

The two key ingredients are allspice and Scotch bonnet peppers.

But Lee insisted that his use of marketing was offensive to her community, saying:  ‘Why didn’t he call it pukka rice? He’s taken jerk to try and be funny. It’s a bit of an insult to Caribbean people.’

She added that Oliver’s rice, which is made with aubergine, chilli and beans, is ‘nothing to do with jerk’.

Trying to intervene, host Jeremy Kyle read out one definition of cultural appropriation.

He said: ‘Cultural appropriation is ‘the adoption of elements of a minority culture by members of the dominant culture.

‘It is distinguished from an equal cultural exchange  due to an imbalance often as a by-product of colonialism and oppression.’

But then exclaimed: ‘It’s a bowl of rice!’

Asked why it mattered by co-presenter Kate Garraway, Lee responded: ‘It does matter.

‘It matters because Jerk chicken, pork and fish originates from Jamaica. And the people who have this, it’s their thing. Will they be offended? They would be offended. 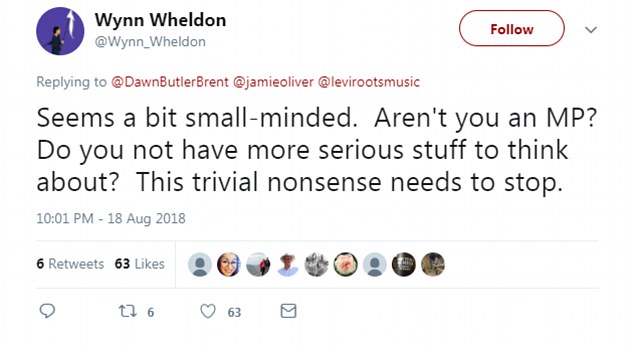 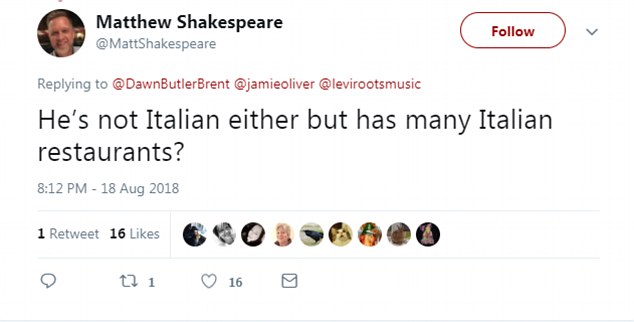 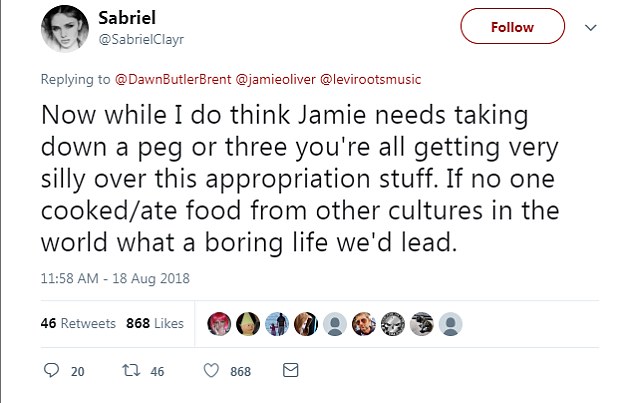 ‘She [Dawn Butler] chose a word that made us talk. Would we have been here talking about it [otherwise]?’

‘At the end of the day, I’ve tasted it and it tastes like Caribbean rice and beans with flavours in it.

‘The jerk part of it is barbecue and you can’t barbecue rice. Jerk chicken…goes onto meat, it doesn’t go onto rice.’

Jamie Oliver did not respond to GMB requests for comment. MailOnline has contacted one of his representatives.