JANET STREET-PORTER: Anthony Hopkins is a self-centred, difficult, obsessive pain in the backside – but I’d be happy to claim him as my dad

Sir Anthony Hopkins has played some evil creeps in his time – winning an Oscar for Silence of the Lambs back in 1992. His portrayal of the revolting serial killer Hannibal Lecter was so compelling I had nightmares for weeks afterwards.

To such an accomplished actor, Lecter was probably just another job in a long and distinguished career, and now Hopkins is starring as King Lear in a new BBC production.

He’s always been a touchy individual who doesn’t suffer fools, but his latest outburst about his own flesh and blood have made some people wonder what effect playing these roles has had on his own sanity.

Hopkins shocked thousands of fans this week by announcing he wasn’t bothered about making contact with his own daughter and hadn’t seen her in over two decades.

Worse, he didn’t even know if he was a grandparent and wasn’t bothered. Thousands of appalled folk took to social media to voice their outrage, but why were these remarks so upsetting? 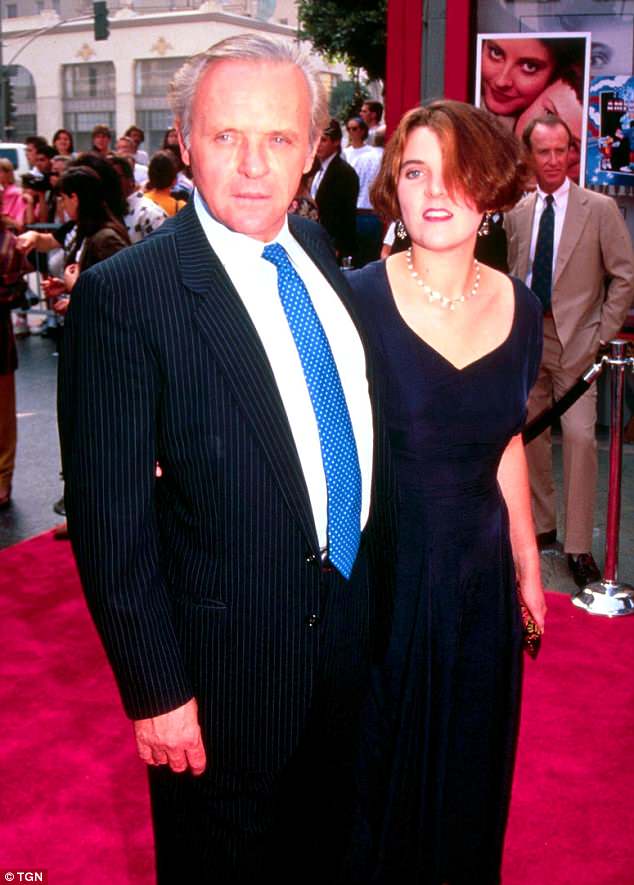 Veteran actor Sir Anthony Hopkins, 80, has not spoken to daughter Abigail – his only child – for two decades (pictured together at a film premiere in 1991)

Hopkins justified his mindset by telling an interviewer ‘People break up. Families split and you get on with your life.’ When told that sounded cold, the actor replied ‘Well, it is cold. Because life is cold.’

I don’t find Sir Anthony’s attitude that upsetting – probably because I had a whole host of problems with my own dysfunctional family. We were never close, and there were periods after I left home when we didn’t speak for months, and then, one of us would hang up the phone in a fit of rage.

A few years ago, I wrote best-selling book (Baggage) about my dreadul relationship with my mother, a difficult woman I never understood until after her death.

Hundreds of women told me they had had difficult relationships with their mothers, and they had little in common.

The relationship between fathers and their daughters is equally sacrosanct – if a parent dares to step out of line and tell the world that they can’t stand their child, that they find it hard to be in the same room, that they have nothing in common, the world is disgusted, repulsed – you’re not seen as ‘human’.

Maybe this is because we live in an age of fake friendliness, people who you have only ever ‘liked’ on instagram or fakebook get rated as pals. We want everything, from relationships to families, to function in a warm lovely rosy glow, when life isn’t not like that. 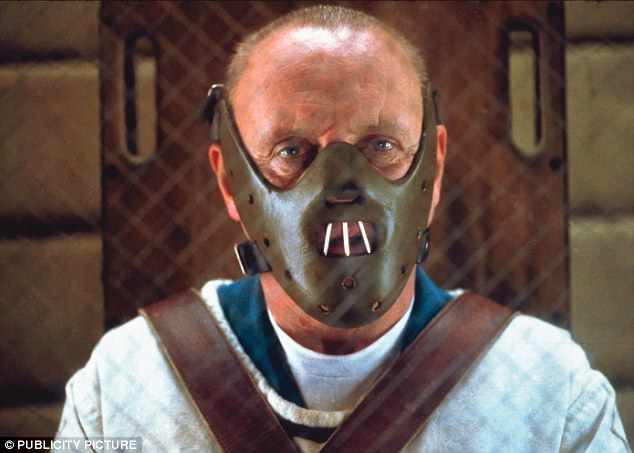 Some have questioned whether playing evil creeps has changed Hopkins’ personality

Families are messy, full of liars and cheats and adulterers. The truth is, we are lonelier than ever, and have far fewer real friends that two decades ago.

As for families – we are not connected by choice, but were born into them, and only blood ties us together.

These days, people get married more than once, and have children with multiple partners. Sir Anthony Hopkins’ daughter Abigail was born during his first marriage to Petronella Barker, one which didn’t last very long.

Abigail has consistently said he ‘walked out on them’ but in fact she and her father were speaking for a while, and he secured her small parts in two of her films. She changed her name to Harrison, presumably to try and start a career under her own steam, not hanging onto his coat tails.

If Abigail wanted to see her dad, she need only pick up the phone, write a letter or say hello

Hopkins has been very candid about his struggles with booze and his unsociable behaviour, and hasn’t touched alcohol since 1975. He moved to the US with his second wife and his career really took off, but he still sounds like an extremely hard man to be around, let alone be related to.

He disappeared from his American home without warning and moved into another house for months on end, leaving his wife behind, and later lived as a hippie in the desert for a couple of months. He says he’s been diagnosed with Asperger’s, which might explain the need for solitude and struggles with empathy.

Abigail – his only daughter – had a breakdown whilst studying at University, so they might have more in common than is immediately apparent. Hopkins has been happilly married to his third wife since 2003, and still lives in the USA.

His daughter is now in her late forties and based in the UK, and they are never in touch. Abigail is said to blame her father for leaving her mother all those years ago, but isn’t it time to move on? Her father is a talented artist, a gifted actor and musician.

Why not celebrate what he’s good at, not moan on what he lacks? Empathy might not be his forte, but he is undoubtedly telling the truth in his latest interview – life is cold, life is tough. Why pretend otherwise?

We shy away from stark language like this – when people die, we talking of ‘passing’. When we want to contact someone we gush drivel about ‘reaching out’ – I want to retch. Let’s revert to plain speaking. If Abigail wanted to see her dad, she need only pick up the phone, write a letter or say hello.

Sir Anthony is a proud old man who cannot be held responsible for what happened nearly half a century ago. I am sure he is self-centred, difficult, obsessive and a pain in the arse – but I’d be happy to claim him as my dad.

Meghan was criticised by some when it emerged that the only member of her family to be invited to the Royal wedding was her mother. She tried to include her dad – but he turned out to be a flake, although she remained loyal throughout the fiasco over whether he was coming or not and those ‘posed’ pap pictures.

Her decision not to include her nephews was absolutely correct – the police visited their hotel room in London and confiscated a knife from Tyler (the cannabis grower) and an illegal pepper spray from his brother Thomas. The pair flew straight back to the USA after making an apology to the police – to avoid being arrested and charged.

Meghan’s decision to exclude her family was wise – luckily she has a mother who’s a better role model than that tawdry bunch.

Sir Anthony Hopkins isn’t the only person whose life functions better without pretending every relative is a best buddy.