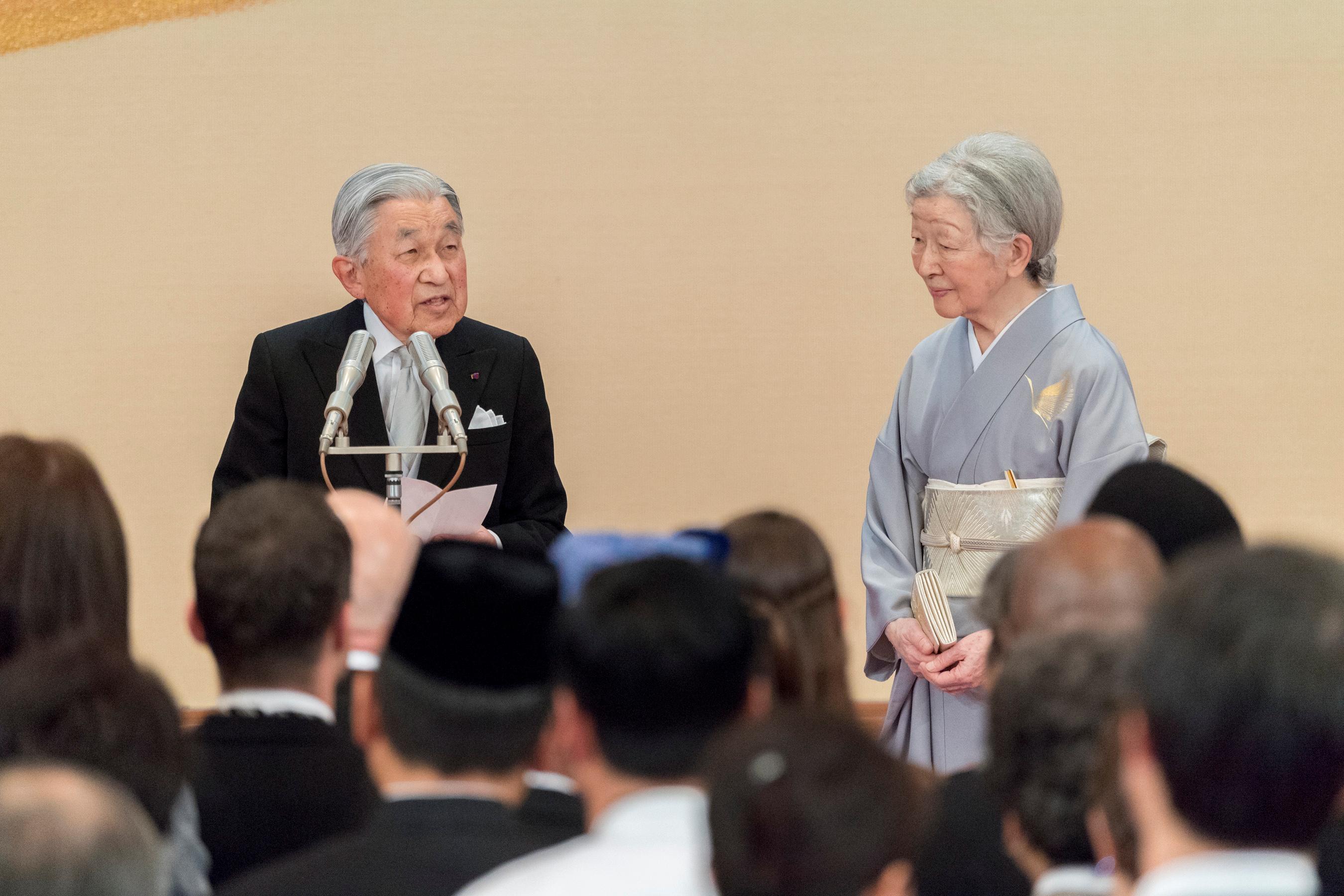 Akihito, 85, will abdicate on April 30 and be succeeded by his elder son, Crown Prince Naruhito.

“Sixty shining years of mutual support” wrote the often-staid Nikkei business daily in a take-out on their marriage – including a photo of Michiko, 84, calmly helping Akihito when he mixed up the pages of his speech at a recent ceremony.

The fairy-tale romance that began on a tennis court and captured popular imagination also led to strains for Michiko, the first commoner to marry an heir to the ancient Japanese throne.

“To break with tradition in Japan is extremely difficult,” said Kazuo Oda, who was present when Akihito and Michiko met at a tennis match in August 1957, two years before they wed.

Their marriage, widely portrayed as a love-match, fanned hopes that Michiko, the vibrant daughter of a wealthy businessman, would modernize the tradition-bound court.

In many ways, Michiko did just that. She raised her two sons and daughter herself, even making them pack their school lunches. By tradition, royal children had been raised by wet nurses and royal helpers.

She also took the lead in a popular outreach to common folk including elderly, handicapped and victims of disaster, often kneeling down to embrace or speak to people – a gesture that shocked conservatives but endeared her to the general public.

But the public picture was often marred by news of Michiko’s ill-health, which commentators and insiders attributed to harsh treatment by royal courtiers and her imperial mother-in-law.

Michiko has often referred to her own “sadness and anxiety”.

“Living as crown princess and later empress was not an easy position for me by any means,” she said in remarks ahead of her 84th birthday last October.

Akihito has often expressed his gratitude to Michiko and on their 50th anniversary acknowledged he was not always “sufficiently considerate”, given their different backgrounds.

“The empress suffered various rough times. That was natural given her position,” said one acquaintance. “A lot of time has passed, but I think the emperor wonders what he should have done at those times.”

The imperial couple was marking their anniversary with a series of low-key ceremonies including formal congratulations by family and officials and a dinner at the imperial palace.