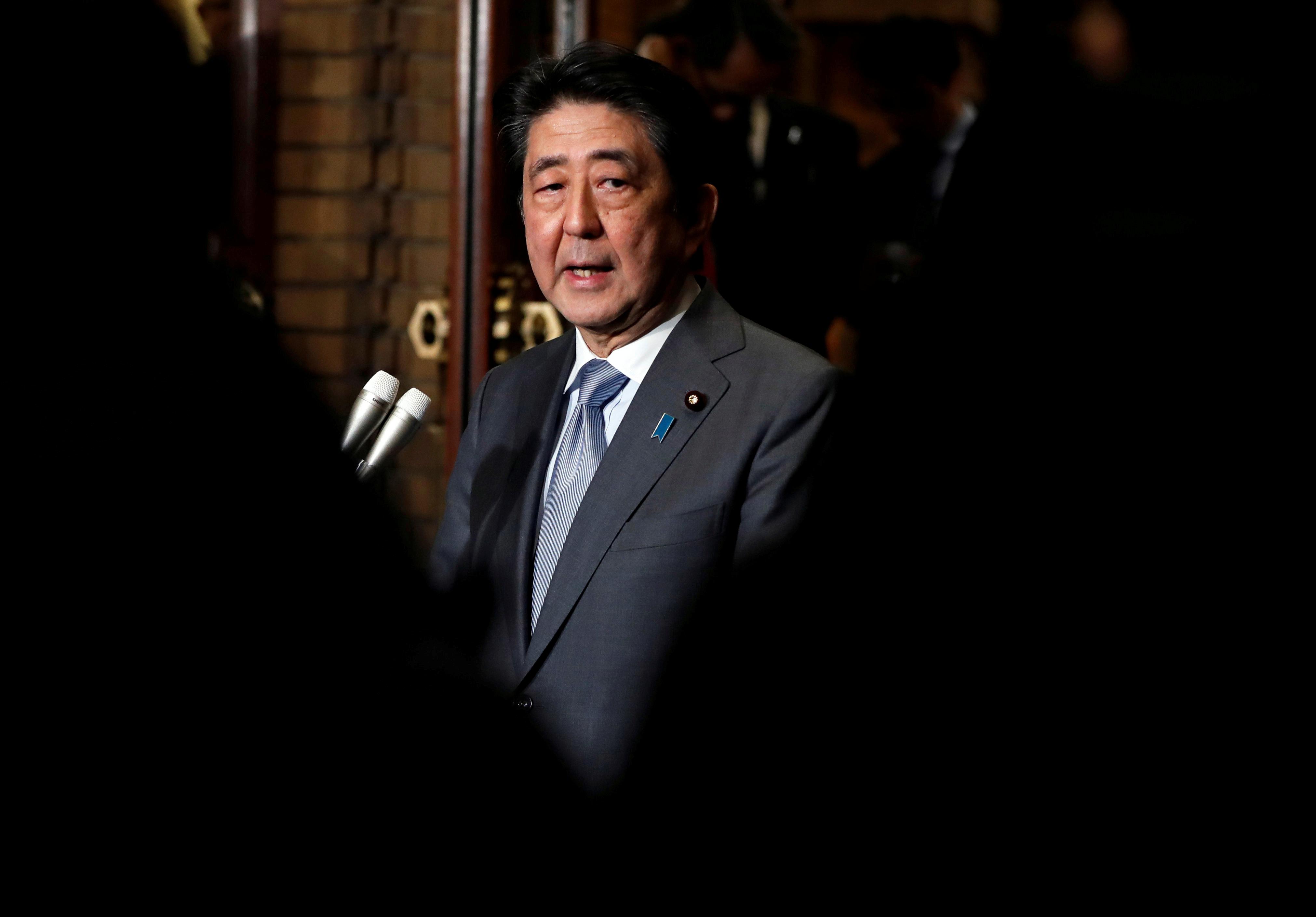 TOKYO (Reuters) – Japanese Prime Minister Shinzo Abe said that he was “basically” not considering seeking voter consent with a snap election if the government were to delay a planned sales tax hike, Kyodo News agency reported on Friday.

Asked in parliament whether he would dissolve the lower house and call a snap election if the government were to reverse its plan to raise the sales tax in October, Abe said: “I am basically not thinking of seeking voters’ consent, but it would depend on the situation so I cannot state that with certainty,” according to Kyodo.

Speculation has swirled that the premier could call a snap election over the tax hike plan, which some say has become less certain given weaknesses in recent economic data.

Abe repeated the government’s stance that it would go ahead with the planned hike unless an economic shock on the level of the Lehman collapse occurred, Jiji news reported.