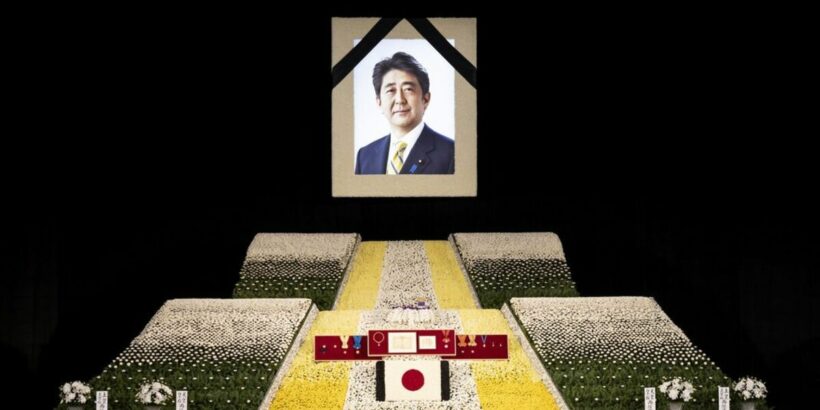 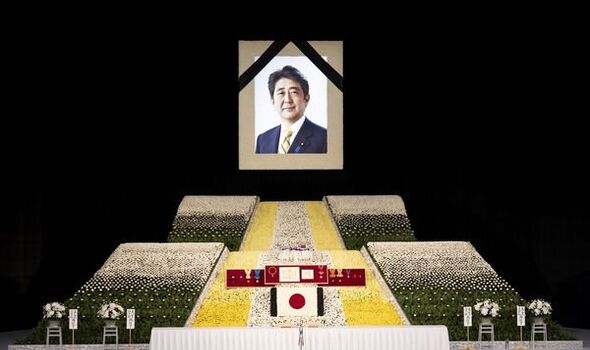 Some 50 current and past world leaders attended the lavish ceremony in Tokyo yesterday and 10,000 mourners queued for up to three hours to pay their respects.

Mr Abe’s tearful widow Akie, dressed in a black kimono, laid his ashes at a huge floral shrine below a portrait of him at the Nippon Budokan Hall venue.

There were fears of a security lapse similar to when the 67-year-old politician was shot dead as he gave a speech in Nara, south Japan, two months ago.

Police arrested former Japanese sailor Tetsuya Yamagami, who said he intended to kill Mr Abe because he was “dissatisfied”.

The ex-leader was afforded the first state funeral for a former premier in 55 years because he held office longer than any other.

But critics objected to both his legacy and the £8million expense during a severe cost of living crisis. Since the murder, Mr Abe’s memory has been tainted further by revelations of links between his party and the Unification Church cult. Mr Abe’s alleged assassin, 41, claims the church preys on the vulnerable.

But in a near 12-minute eulogy, Mr Kishida paid tribute to his predecessor’s political successes, including Japan’s strong economy and global profile. He said: “You’ve worked tirelessly and exhausted your energy for both Japan and the world.”