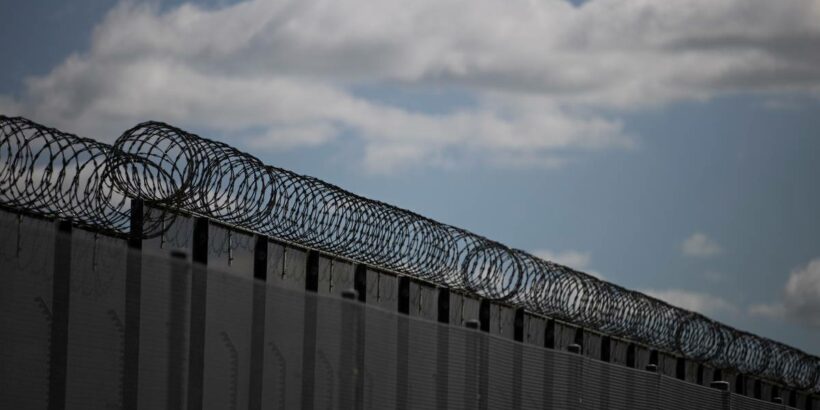 You find a lot of things in prison, but optimism is rarely one of them. Yet the day my colleague Ben Elley and I wandered into the Navigate unit at Christchurch Men’s prison, that’s what we were struck by. Optimism.

The men we met had been in prison a long time, but by the time they got to Navigate they were six months – give or take – from release. As we shared a cup of tea and a chat, many expressed a belief that this was the last time they’d be through the revolving door of our justice system. That was the hope, anyway.

In large part, the reason for the hope was how the unit was operated – it was a complete change from the past. It’s not run by the Department of Corrections, but by a not-for-profit group called Pathway Trust. More than that, it is run financially independently. Corrections provides the unit and a small number of security staff, and Pathway do the rest.

Called the Navigate initiative, it started in 2018 after a very long negotiation. This after all was a big departure from the norm.

Instead of prisoners being told exactly what to do and almost everything being done for them, the men entering the unit can choose between an array of different cultural, arts and practical rehabilitative options to undertake, while also having to shop and cook for themselves in groups of four.

The idea is that the men gain autonomy and responsibility over their own lives – and that’s an important key. People who have done long stretches in prison are socialised in ways that make adapting to life on the outside difficult. Imagine living in level 4 lockdown – for six years – but without the technologies to connect you to the outside world. Coming out after a long lag is a heck of a jolt.

Many of the tasks and activities the men undertake at Navigate are provided by other community groups who work with Pathway. This is an example of the public taking on the role of rehabilitating people; in Pathway’s words, it’s the community taking ownership of a community problem. This isn’t flicking things over to a government agency. It’s people from the community lending their shoulders to the wheel. But crucially, this involvement doesn’t end on a prisoner’s release.

The data around reoffending rates immediately post release are both alarming and depressing. And the men we spoke to in the unit were evidence of that problem.

Many of them told us they had been released from prison before. Some many, many times. A lot of them told the same story: when the day comes they’ve got no home to go to, no job to get on with. Whatever possessions they had before they came in are long gone. WINZ gave them a $350 “Steps to Freedom” grant (an amount that has not increased since 1991). It’s not enough to cover the deposit on a room in a flat, let alone food, clothes, phone, and everything else.

If there is a single example of a governmental tool designed to fail, it is this.

The lucky ones had friends or family who try to take care of them – for better or worse – and those who don’t end up out on the street, or riding the couch at a gang pad. It’s not long before they get pulled back into old habits to simply get by, even if they had every intention of going straight.

With support from Pathway, the story they tell is a very different one. By the time they leave prison they’ve already got accommodation organised, and been on trips outside the wire to sort out things like a bank account, a benefit, and clothing. They all have CVs and some have jobs to go straight into.

But more than that, they have support. The programme doesn’t end at the prison gate, and Pathway have people who continue to work with the released men to assist them in moving back into the community; helping them make appointments, job interviews, and training, and more than that just listening to them when things aren’t going well.

But is it working?

The formal process evaluation that Ben and I undertook says yes. The men undertaking the programme are all released into stable accommodation, and after a few months many of them are back in work. They feel supported, and know that if they end up back in prison, they’ll be disappointing a lot of people. They say the difference between this and their previous releases is like night and day.

But that only tells us the programme is operating as it intended. What about the outcomes? Are the men less likely to reoffend?

We don’t yet know. But we soon will. The numbers of people who have gone through the programme is now big enough to begin comparing them to a matched sample (meaning we can compare like with like).

I’m convinced that New Zealand’s approach to crime should be preventative and start at a very young age, but at this difficult end of the spectrum, involving lifelong criminals – where success is measured in small margins – I’m choosing to entertain the same feeling expressed by the men we visited that day in the Navigate unit. Optimism.

• Dr Jarrod Gilbert is the Director of Criminal Justice at the University of Canterbury.