Jealous ex, 54, who found photo of his half-naked girlfriend with another man on her phone posted it on Facebook in an act of revenge, court hears 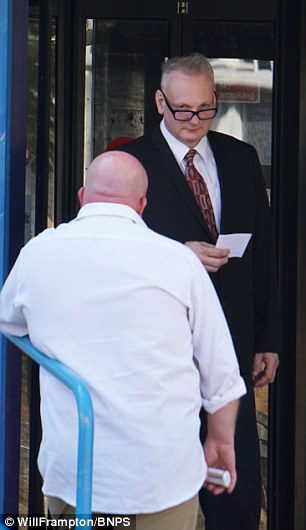 Simon Peckham, 54, was found guilty of disclosing a private sexual photograph with intent to cause distress

A man who found a photo of his cheating girlfriend in a state of undress with her lover sought revenge by posting the lewd snap on Facebook, a court heard.

Simon Peckham, 54, was shocked when he looked through his partner’s phone while she was asleep to find the image of her with another man.

The woman later went to the police after feeling distressed by it.

Peckham, from Bournemouth, Dorset, pleaded not guilty to a charge of disclosing a private sexual photograph with intent to cause distress.

Magistrates heard the couple had going through a rough patch in their relationship in the run up to the offence.

Peckham said he was checking the victim’s phone to see if she had any pictures of him on it but instead found a photo of her with another man.

He claimed his motive for posting the image on social media was merely to show her he had found the image.

Komal Patel, prosecuting, asked Peckham why he did not confront her with it.

She said: ‘You came across that picture which you say caused you serious distress, at that point why did you not just go and ask her about why she had it?’

Peckham said: ‘She was asleep. I didn’t want to wake her up. I was so upset my first thought was to let her know I had seen that photo.

Peckham said he did not intend to cause the woman distress but knew she was a regular Facebook user and would see it. 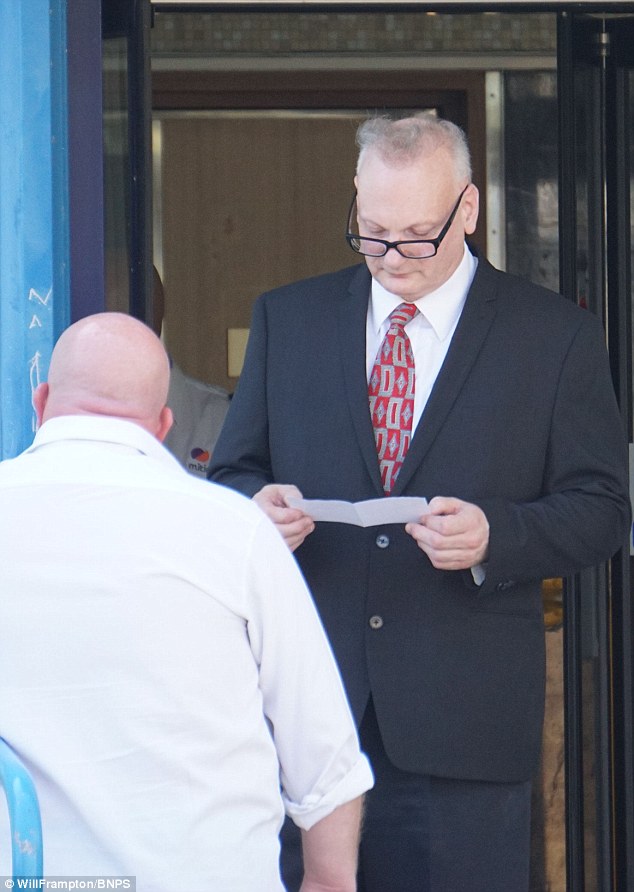 Peckham pictured leaving court after a guilty verdict, could face up to two years in prison at his sentencing next month

He claimed when she found out she seemed more upset that he had discovered the picture than that he had put it on Facebook.

Leah Dillon, defending, said Peckham believed the victim regarded Facebook as a ‘fantasy’ and did not take seriously the things posted on it.

‘Perhaps Mr Peckham is a naive gentleman, that doesn’t make him a guilty man.’

But magistrates in Poole found him guilty of the charge,  they told him ‘we accept that it was in the heat of the moment and you were in a very distressed state’.

Peckham will be sentenced next month, when he could face up to two years in prison.

The court heard Peckham had also sent a topless picture of the victim to himself and then sent it back to her from his own phone, but this does not come under the offence.

The Act makes it a criminal offence for a person to: ‘disclose a private sexual photograph or film if the disclosure is made (a) without the consent of the individual who appears, and (b) with the intention of causing that individual distress’.

It means those who maliciously share sexually explicit images without the subject’s consent could face up to two years in prison.

The law covers the sharing of images both on and offline. Images posted to social networking sites such as Facebook and Twitter are covered by the offence, as are those that are shared via text message, email, on a website or via physical distribution.

The offence covers photographs or films which show people engaged in sexual activity or depicted in a sexual way or with their genitals exposed.