A jealous golden retriever was determined to put an end to his owner cuddling a soft toy dog and not him.

Diane Newton, from Toronto, Canada, filmed her two-year-old dog Sterling’s hilarious reaction when her son Tyler Newton, 24, snuggled up to the toy.

The playful pooch jumps up on and all over Tyler and yaps to get his attention as he clocks him snuggling something that is not him. 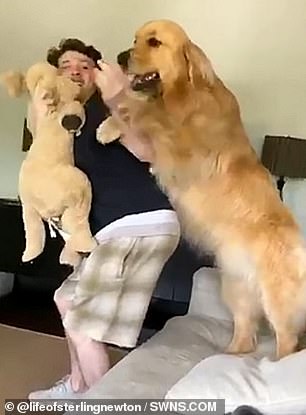 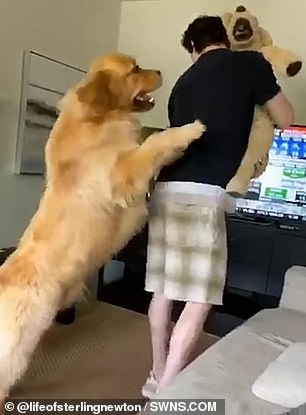 Two-year-old Sterling from Toronto, Canada, tried to stop his owner Tyler, 24, from giving a toy dog his attention

He jumps onto the sofa to get as close to the 24-year-old as possible and even attempts to pull the soft dog away from him by its ears.

As Tyler bends over Sterling jumps onto his back and eventually wins the fight, dragging the toy away so no more affection can be given to it.

Diane said: ‘I wanted to see how Sterling reacted when his brother cuddled the toy dog.

‘The little jealous guy looks to be saying “You will not pet another dog”.’ 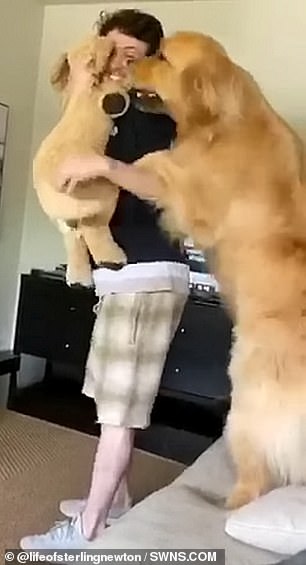 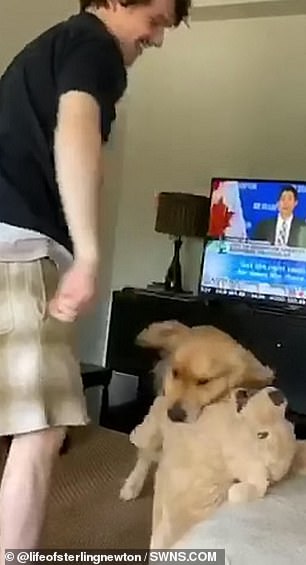 He playfully yaps and tries his best to stop the cuddling and eventually wins, quickly dragsging the toy dog away so no one can pay attention to it 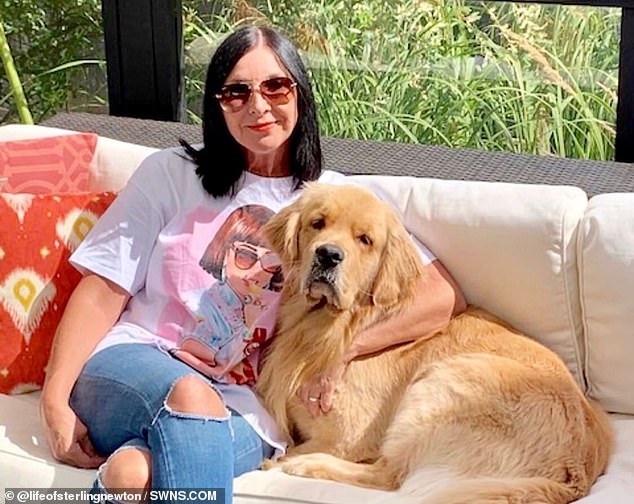