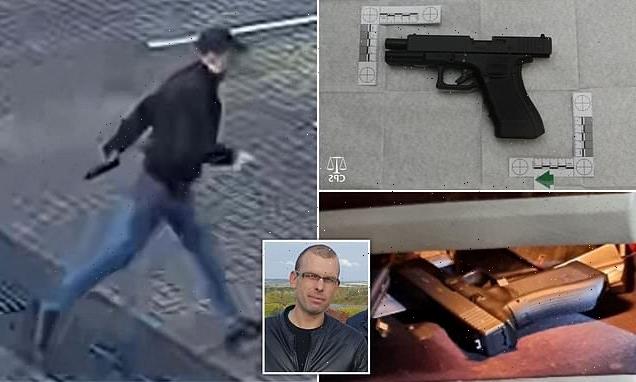 A jealous husband who pistol whipped his ‘love rival’ outside a trampoline park has been jailed.

Father-of-two Rihards Mezinieks, 37, beat the victim with the butt of the weapon in the attraction’s car park in Bicester.

He thought the man had struck up a relationship with his estranged wife.

Mezinieks had booked his children a session at Bounce trampoline park in October last year.

He asked his estranged wife to bring the children but when the man Mezinieks believed to be her new partner arrived he lost his temper.

CCTV showed Mezinieks marching up to the victim who felt a gun press into his stomach – and was then attacked. 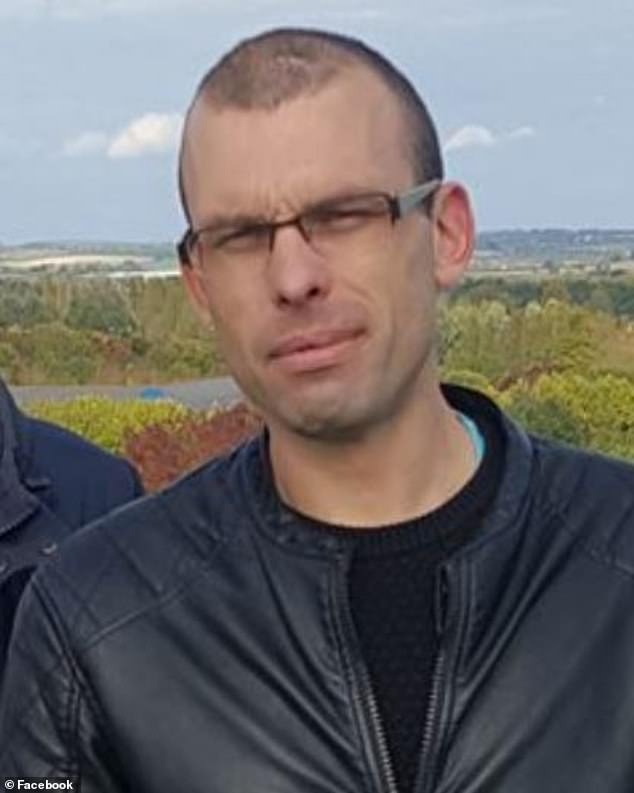 Father-of-two Rihards Mezinieks, 37, thought his estranged wife had a new boyfriend after him 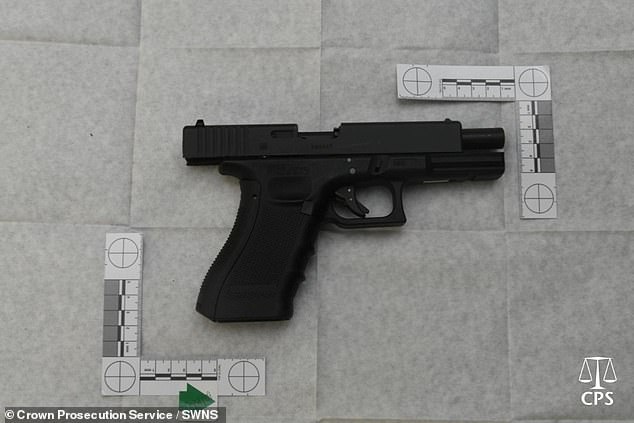 He was said to have threatened: ‘I told you not to come near my wife. I will kill you.’

Mezinieks, of Coventry, pleaded guilty at an earlier hearing to possession of an imitation firearm with intent to cause fear of violence and possession of a firearm and ammunition in a public place.

He was jailed for three years and seven days at Oxford Crown Court.

A restraining order prevents him from contacting his wife or his victim for seven years.

Judge Maria Lamb said: ‘This, in effect, was a case of encouraging [your estranged partner] to go there in confident expectation that the man whom you believed to be engaged in an affair with her was going to accompany her.’

‘In my view it is no coincidence you arrived two minutes before the start of the children’s session at the centre and you sat in that vehicle accompanied by two other men. 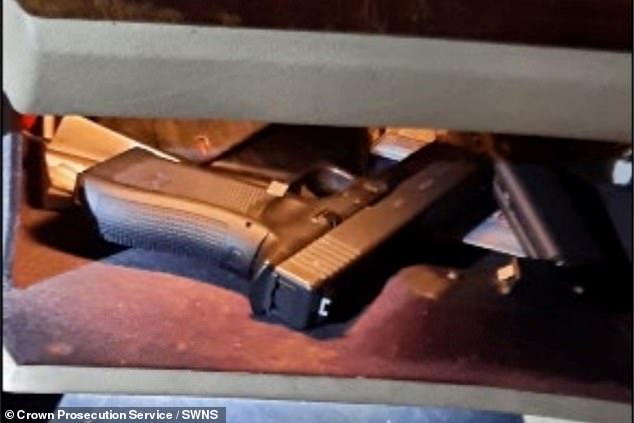 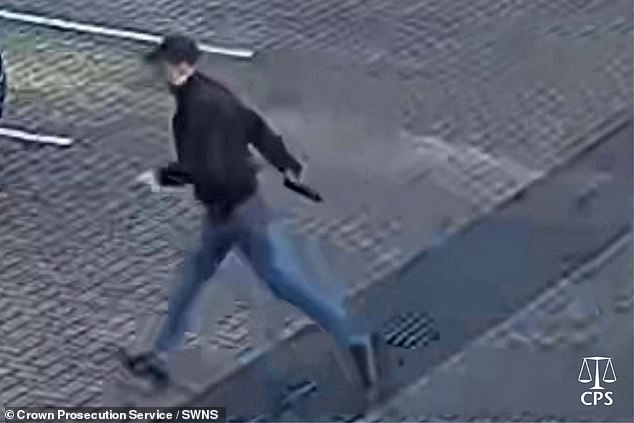 ‘I have little hesitation in coming to the conclusion that this was no spontaneous encounter. It was pre-planned and significantly pre-planned.

‘And when [the victim] came upon the scene, as you were confident he would do, you got out of that car to terrorise then assault him.’

Within days Mr Mezinieks sent a series of ominous messages apparently threatening his wife and his supposed love rival.

He threatened to ‘break his life in some way as he did to mine’ and ‘destroy all of his life’.

Mezinieks said in a chilling postscript: ‘If they continue to lie they will continue living in fear.

‘Even if I will go to prison he will pay for it.

‘They will live in fear/agony, I will swear.’

On November 11, Warwickshire Police spotted Mezinieks’ BMW on the M40 and arrested him in the car park of the Banbury Gateway shopping centre.

The defendant was recorded saying ‘I smashed him’ as he was cuffed by the officers.

They found a Glock-style BB gun in glove box and another realistic imitation pistol in the front passenger’s side door pocket.

The weapons were so powerful that, although BB guns, they were classified as firearms by law – ammunition was also found in the car.

Ailsa McKeon, mitigating, said her client was ‘not a bad man’ but one who ‘felt pushed to the edge in challenging person circumstances’.

His parents suffered poor health and he himself had experienced deterioration in his mental health.