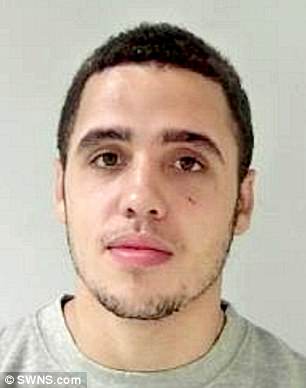 A jealous thug who bit off part of his girlfriend’s ear on a nightclub dancefloor has been jailed.

Callum Dewar sank his teeth into Georgia Williams’ left ear when he saw her talking to another man.

He tore off the top of her ear in a drunken rage, leaving Miss Williams needing stitches as she was rushed to hospital in agony.

Dewar, of Redditch, Worcestershire, was jailed for two-and-a-half years after he admitted wounding with intent at Worcester Crown Court yesterday.

Judge Jim Tindal said Dewar had used his teeth like a ‘weapon’, adding: ‘You left the probation officer with the impression that you’re sorry for yourself, not sorry for her.

‘I’m prepared to accept that you’re remorseful but you don’t have insight. If you had insight you would have stopped drinking the day after you did this but you have kept drinking.

‘The concern I have, Mr Dewar, is that you don’t appear to be learning your lesson. For an intelligent, resourceful young man that brush with the law should have been enough.’

Dewar attacked Miss Williams during a night out in Redditch in the early hours of November 3 last year. 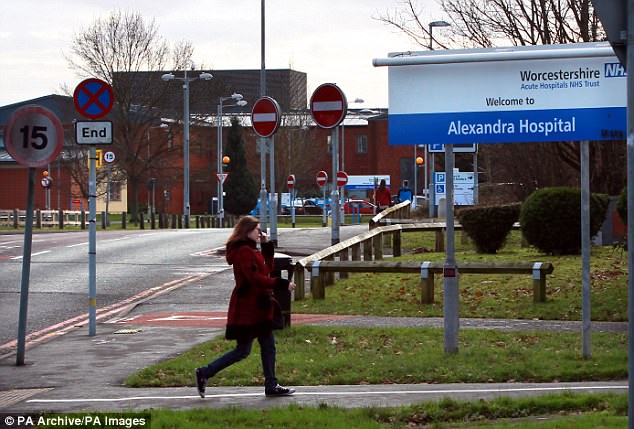 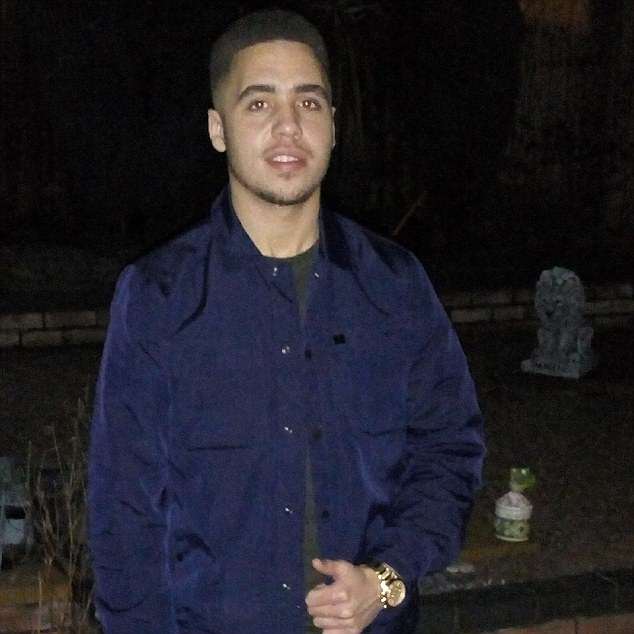 The thug was jailed after he bit his girlfriend’s ear, leaving her with scarring after the nightclub attack

Prosecutor Giles Nelson said: ‘The motivation appears to have been jealousy. He was jealous of Miss Williams speaking to a male friend and, as a result of that, out of the blue he leaned forwards and bit her left ear, causing her instant pain.

‘She described how she was instantly screaming. She was taken to the Alexandra Hospital in Redditch. Part of the top of her left ear was torn away and the laceration needed stitches.’

The court heard the consultant said the injury would leave ‘long-term scarring’.

The victim described loss of self-esteem after the attack and wears her hair differently to hide the scar.

In a victim impact statement read out in court, she said: ‘I’m no longer the bubbly person I used to be.’

Miss Williams said she had suffered a loss of trust and would not be entering another relationship ‘any time soon’. The court heard Dewar had been her first proper boyfriend. 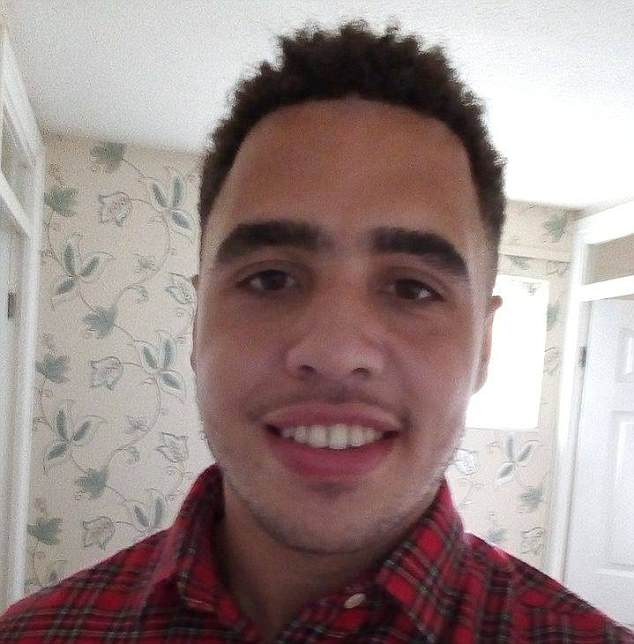 Dewar left his victim with self-esteem issues after the attack, which forced her to wear her hair differently to hide the scars

In police interview Dewar said as far as he was concerned it was ‘a loving relationship’ but answered no comment to other questions put to him.

Abigail Nixon, defending, said: ‘He’s full of remorse and shame for what he’s done. His behaviour on the night does not fit his usual character. He is an intelligent, ambitious, law-abiding young man.’

She described Dewar as having ‘a difficult and troubled family background’.

However, she said his family were supportive, observing from the court’s public gallery.

Williams, who had a previous conviction for common assault in 2015, will serve half his sentence in prison and the remainder on licence.