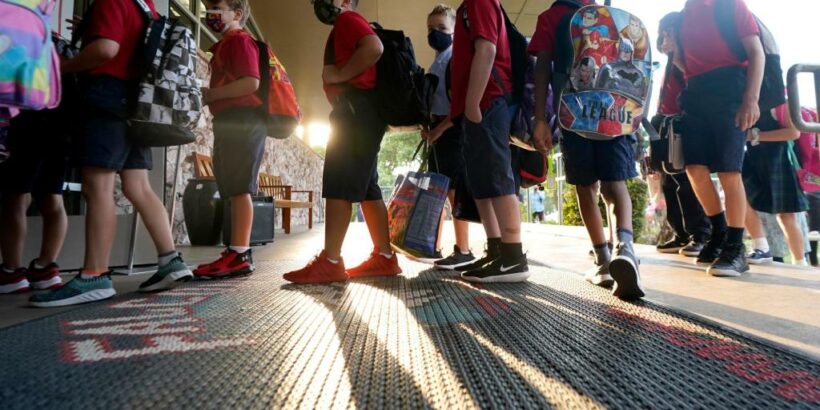 Jefferson County health officials want a judge to force a trio of Christian schools to follow COVID-19 mask mandates in their classrooms.

In a lawsuit filed Wednesday, county health officials said they inspected Beth Eden Baptist School in Wheat Ridge on Aug. 31 after receiving a complaint from a parent about the school’s failure to follow the county’s mask mandate, which requires students over the age of two to wear masks inside while at school or in childcare facilities.

The inspectors noticed three classes of 30 to 40 students who were all unmasked, as well as three unmasked teachers and another three unmasked administrators, according to the county’s request for an injunction. The health department cited the school and sought to conduct follow up visits several times, but the school would not let them inside, according to the filing.

Beth Eden’s principal did not immediately return a request for comment Sunday.

Health officials also received complaints about Augustine Classical Academy in Lakewood after the school’s board of directors sent out an email saying parents could exempt their children from the masking and testing requirements.

The first inspector to enter the school did so even though she was told to wait outside. She saw a preschool class with about 10 unmasked students and two children in masks. After school administrators invited the rest of the inspectors in about 10 minutes later, they saw about 70 children wearing masks and 15 or so without, the health department said. Augustine Classical Academy did not return a request for comment Sunday.

On its Facebook page, Faith Christian Academy said the health department’s allegations that the school is not following the mask mandate are “demonstrably false.”

“We believe the role of JCPH should be to help the public navigate health issues instead of using tax dollars to launch unfounded and baseless lawsuits against religious organizations who are committed to helping people and families,” said the statement from Faith Bible Chapel International, which operates the school.

A judge will hear arguments for both sides during a Tuesday hearing.

Join our Facebook group for the latest updates on coronavirus in Colorado.