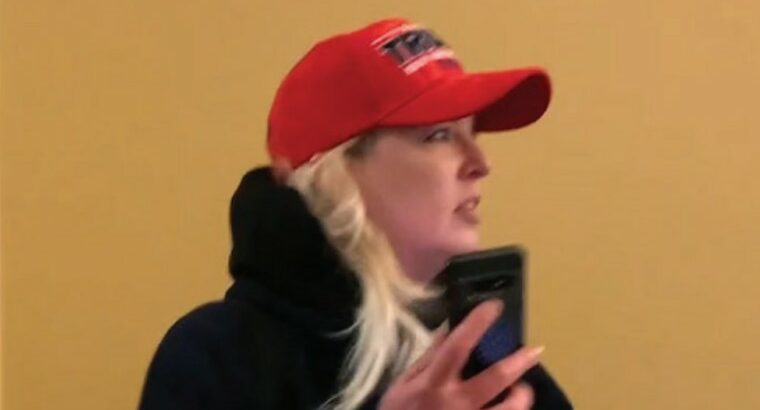 Another Coloradan has been charged in connection with the Jan. 6, 2021, insurrection at the U.S. Capitol in Washington, D.C.

Jennifer Horvath faces a series of federal charges for allegedly entering and engaging in “disorderly and disruptive conduct” on Capitol grounds.

Her boyfriend, Glenn Wes Lee Croy, of Colorado Springs, pleaded guilty in August to charges related to the violent riot.

Video given to the FBI by a tipster allegedly shows Horvath, sporting a red baseball cap reading “Trump — Keep America Great 2020,” dressing up a bust of Winston Churchill in the Capitol with a hat and glasses, according to the criminal complaint filed Tuesday in U.S. District Court in Washington, D.C.

Federal investigators say Horvath, in another video, can be seen walking down a corridor of the Capitol while chanting, “Whose house? Our house,” investigators allege in the complaint.

“Horvath is holding a cellphone in her right hand, as if recording her progress into the U.S. Capitol Building,” federal authorities wrote.

Horvath, in one recording, can allegedly be seen pointing at the Capitol officers while chanting “our house.” Soon after, the “crowd surged and overwhelmed the officers, pushing further into the U.S. Capitol Building,” according to the court documents.

The group briefly left the Capitol, but then returned, investigators allege. Horvath was then taken to the ground by an officer in the Capitol rotunda because the officer believed she was carrying pepper spray, the criminal complaint details.

During a September interview with the FBI, Cory — Horvath’s boyfriend — allegedly admitted to federal investigators that he and Horvath drove to Washington, D.C., and entered the U.S. Capitol that day.