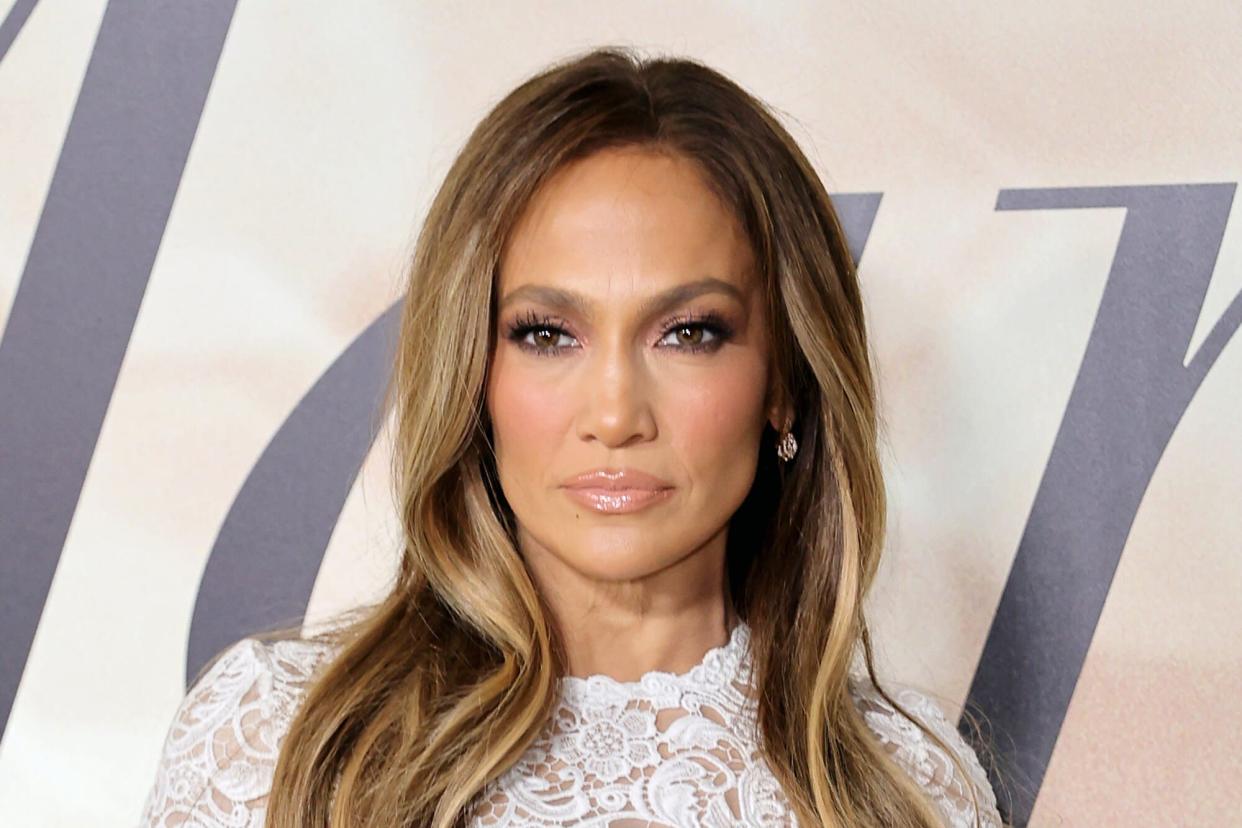 Jennifer Lopez’s upcoming Netflix documentary Halftime, which centers around the singer’s preparation for her 2020 Super Bowl halftime show with Shakira, is set to drop on Netflix on June 14. Ahead of the movie’s release, Lopez attended its premiere in dramatic fashion — literally — wearing a Tom Ford dress with sheer cutouts. When choosing a nail style to complement the look, Lopez and her nail artist Tom Bachik settled on a spin on the classic French manicure.

Bachik shared a close-up of Lopez’s nails — which provides a look at Lopez’s massive green diamond engagement ring — along with some details about the look. The nail artist shared that he prepped Lopez’s digits with the tools in the Ultimate Nail Set from his collaboration with Tweezerman then applied coffin-shaped gel extensions. Rather than using the sheer baby pink polish that’s typical of a classic French manicure, he went with a shade close in color to Lopez’s skin tone. And instead painting uniform white “tips” on each nail, Bachik created mismatched swirls around the borders of each of nail. He then applied a matte top coat and added the 3D flowers that he’d molded.

The nail artist revealed the inspiration behind the look in the photo’s caption. “We needed to be able to match any look for her @netflix #Halftime premiere, so of course we kept it neutral and fun in a modern & retro way 💅🏼,” he wrote. (Lopez also wore the nail art with a more casual and colorful dress earlier in the day.) “Using white in a minimalist way keeps it chic while the 3D flowers make it playful. Don’t forget to matte it to add drama! 🤩”

While Lopez favors variety when it comes to her nails, adaptations to the French manicure have become somewhat of a signature. Exhibit A: Bachik gave her a French manicure with a rose gold “modern smile” for the iHeart Radio Icon Awards earlier this year. A preference for the classic, neutral manicure feels fitting for a star who’s many people’s definition of “versatile” and “timeless.” (Related: 2022 Nail Trends You’ll Want to Bookmark to Show Your Manicurist)

If you’re looking forward to finding out what went into the Jennifer Lopez and Shakira halftime show, you’ll have to wait until Halftime‘s release next week. Of course, you can always pass the time by heading to a nail salon for a mani inspired by Lopez’s.