The New York Jets became the most recent NFL team to add an alternate helmet to their uniform collection.

New York released their “stealth black” helmets Friday, which look exactly like the name sounds. Instead of the chrome forest green look on the Jets’ current helmet, this one features a matte black color with chrome green piping around the facemask. The Jets logo remained the same but is also chrome green with a white border.

Per the team’s website, the Jets will pair these helmets with their “stealth black” alternate jerseys for three home games this season — Week 8 against the New England Patriots, Week 12 against the Chicago Bears and Week 16 against the Jacksonville Jaguars on Thursday night football (the team’s only primetime game of the year).

This decision isn’t random, as several other teams have also added new jerseys and helmets to their respective wardrobes. The NFL nixed its one-helmet-per-team policy last year which allowed clubs to incorporate a second option for the 2022 season. Some speculated the Jets would bring back a throwback jersey like the New York Giants did on Wednesday, but the black helmets make more sense for Gang Green.

The Jets changed their uniforms in 2019 but included a third black jersey that didn’t look quite right with the green helmet. It was a little reminiscent of the Los Angeles Rams’ mismatched jerseys when the team moved in 2017. But now, thanks to the NFL rule change, that problem can be corrected.

That black on black MY GOD 🥴😭 pic.twitter.com/xhiQirvlJS

These are TOUGH! Can’t wait to play in MetLife in these helmets 🤙🏽🔥😤 https://t.co/umfiETVi7I

The uniforms might look clean, but now the Jets have to hope they can win in them. New York is coming off a 4-13 season in Robert Saleh and Zach Wilson’s first year together, but there is a lot of room for optimism after a promising offseason. The Jets added a lot of pieces in free agency and the draft and should be able to at least slightly improve on their poor 2021 campaign. The key will be Wilson’s development, of course, and the rookie class’ ability to acclimate and contribute immediately.

Maybe a new set of jerseys will help. 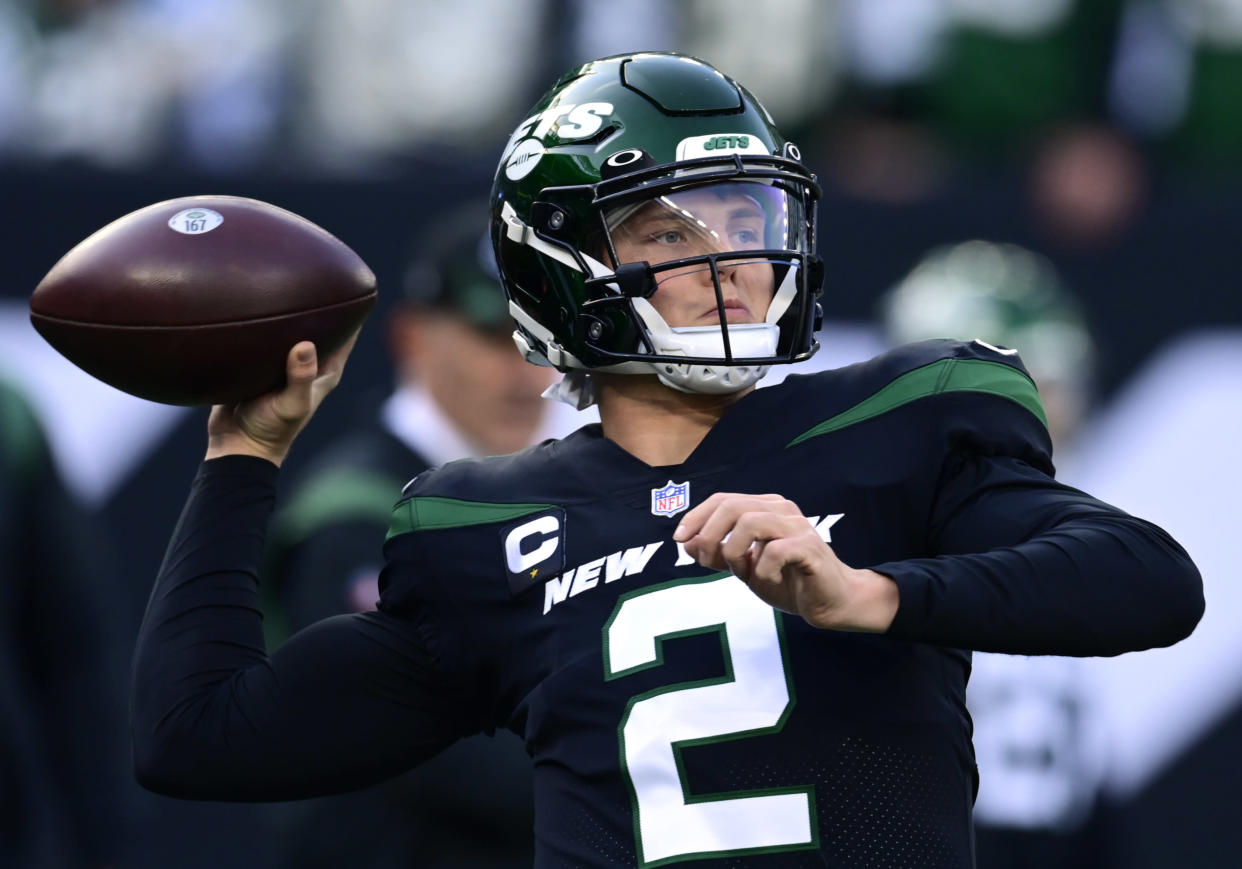