‘God, I want to live! I’ve experienced so little of life. I don’t want to die’: Heartbreaking diary of 15-year-old Polish Jewish schoolgirl comes to light 76 years after she was shot dead in a Nazi ghetto

The diary of a Polish Jewish schoolgirl who was persecuted by both the Soviets and the Nazis before being shot dead inside a ghetto just days after her 18th birthday has appeared in English for the first time.

Renia Spiegel began writing her diary in 1939, aged 15, shortly before the outbreak of the Second World War and continued writing up until her death in 1942.

The diary, which has been compared to Anne Frank’s, captures the struggles of an ordinary teenager such as arguing with friends and kissing her first boyfriend, against the terrifying backdrop of war and anti-Semitic violence. 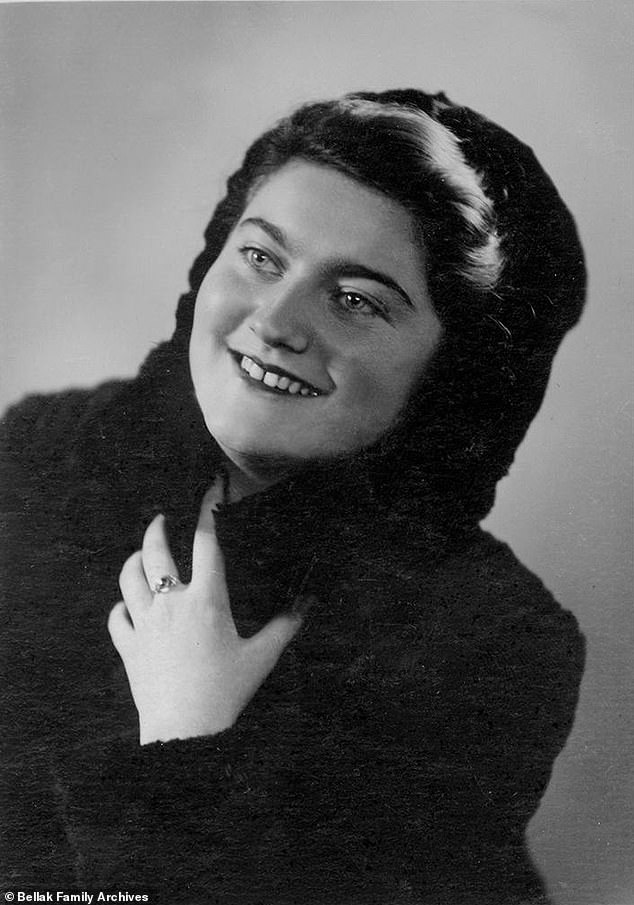 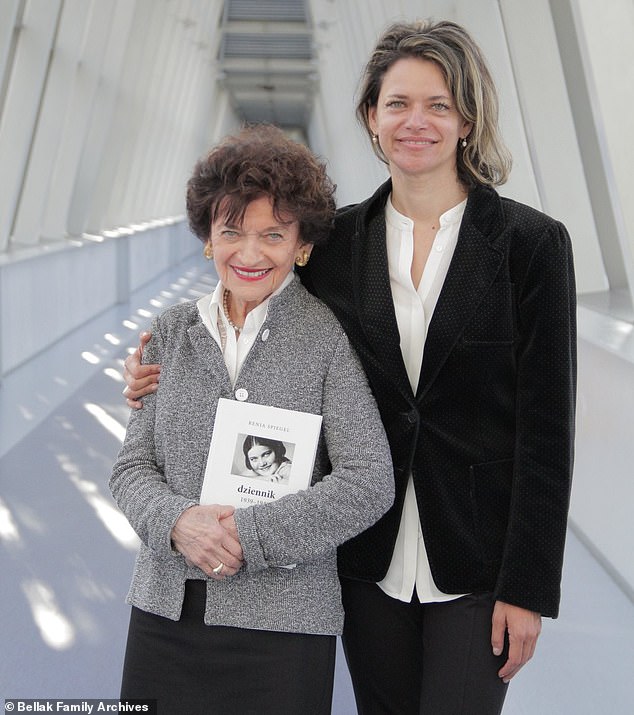 Renia’s younger sister Ariana (L), who survived the concentration camps, with her daughter Alexandra Bellak and a copy of Renia’s diary. Neither Ariana nor her mother could bring themselves to read the diary, and it lay dormant for years until Alexandra decided to send it for translation 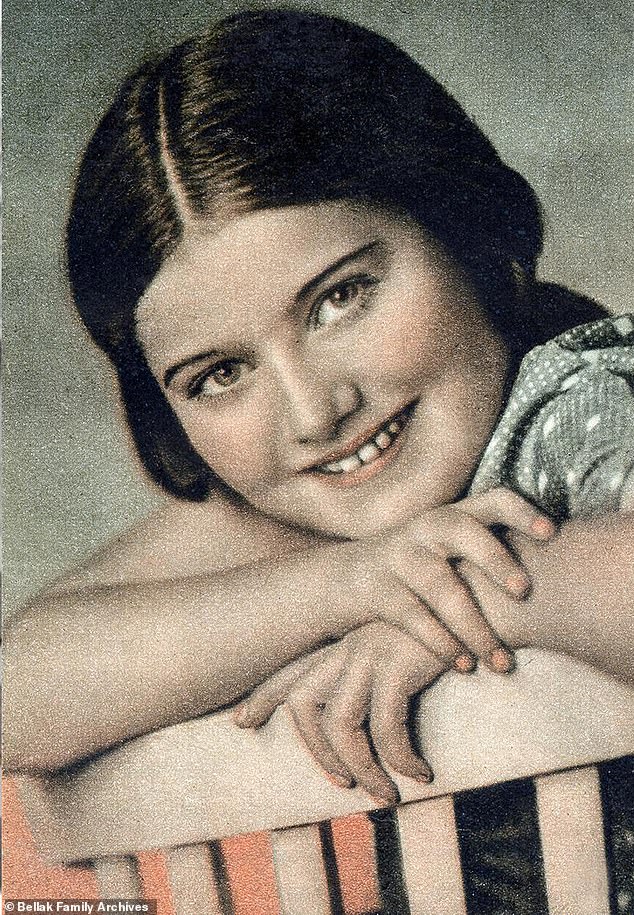 The Jewish teenager was shot dead in 1942, days after her 18th birthday, as she tried to escape before she was sent to a Nazi camp in Poland

For example, in one entry dated June 7, 1942 – just two months before she died – Renia writes: ‘Wherever I look, there is bloodshed. Such terrible pogroms. There is killing, murdering.

‘God Almighty, for the umpteenth time I humble myself in front of you, help us, save us! Lord God, let us live, I beg You, I want to live! I’ve experienced so little of life.

‘I don’t want to die. I’m scared of death. It’s all so stupid, so petty, so unimportant, so small. Today I’m worried about being ugly; tomorrow I might stop thinking forever.’ 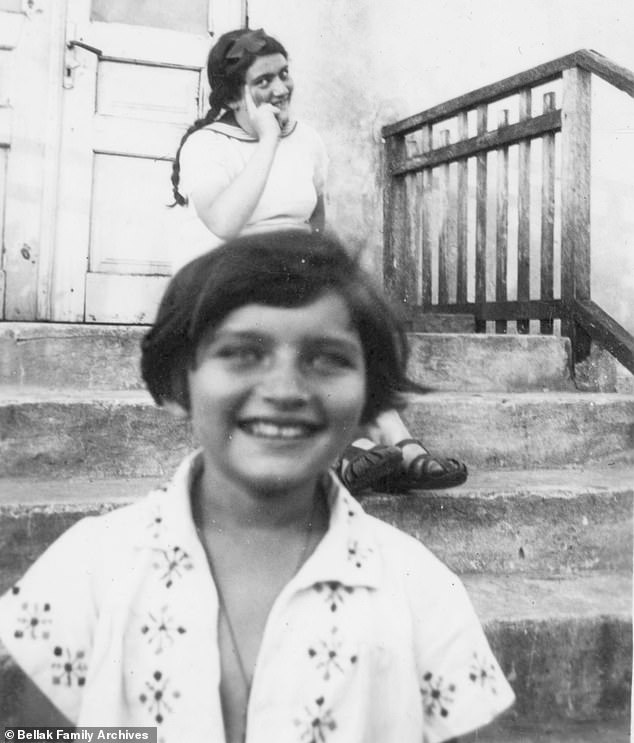 Ariana (front) and Renia Spiegel in 1939, in Skole, Ukraine (then Poland). She spent the early part of the war under Soviet occupation in southern Poland but in 1941 the Germans invaded, and the following year established a ghetto, where Renia was forced to live with 20,000 other Jews 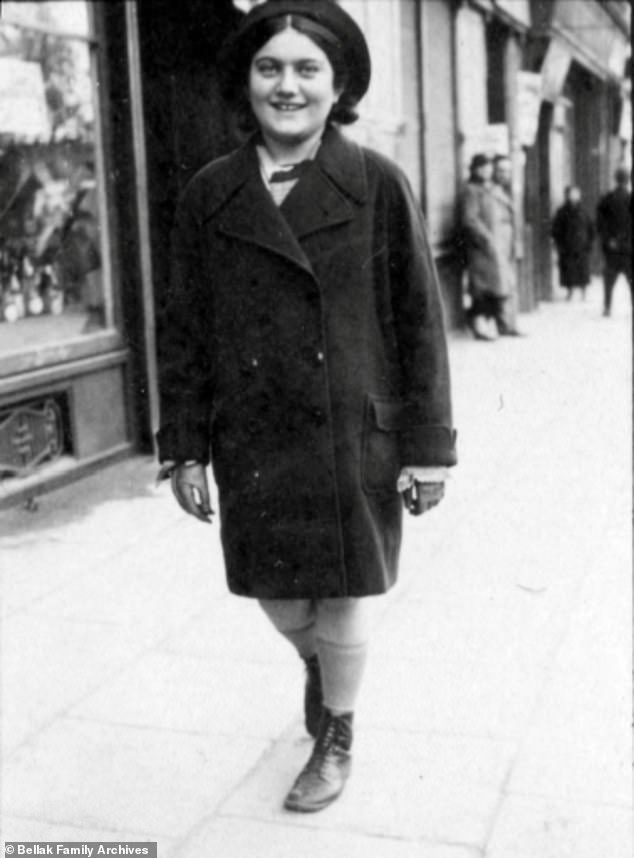 Seventy years after writing her final entry, the 700-page diary of Polish teenager Renia Spiegel appeared in English this week for the first time 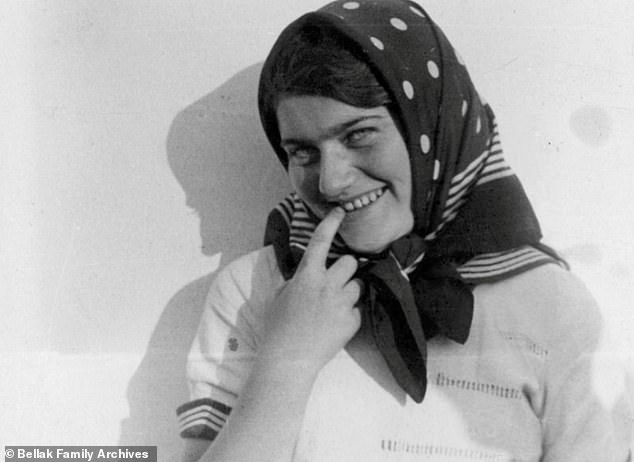 Renia’s diary begins in January 1939, when she was 15, and ends on the last day of her life, 30 July 1942, when she was executed by German soldiers. The last lines in the journal are written by her boyfriend, Zygmus Schwarzer, who ended it with his account of her death and that of his parents

The diary has been published in full by St Martin’s Press, and segments of it have appeared in the Smithsonian magazine.

In it, Renia tells of how she spent most of the war in Przemyśl, in southern Poland, away from her mother and sister who were in Warsaw, pursuing an acting career for the young girl.

When war broke out in September 1939, Renia and her grandparents found themselves under Soviet occupation, separated from her mother who found herself under the command of the Nazis.

Over the coming months she recounts the horrors of Soviet occupation as Jews were rounded up and packed on to trains in the middle of the night to be taken to labour camps deep inside Russia, where many died.

But, amidst the constant worry about her own safety and family, she describes meeting a boy named Zygmus S. – her first and only love, and the reason her diary survived. 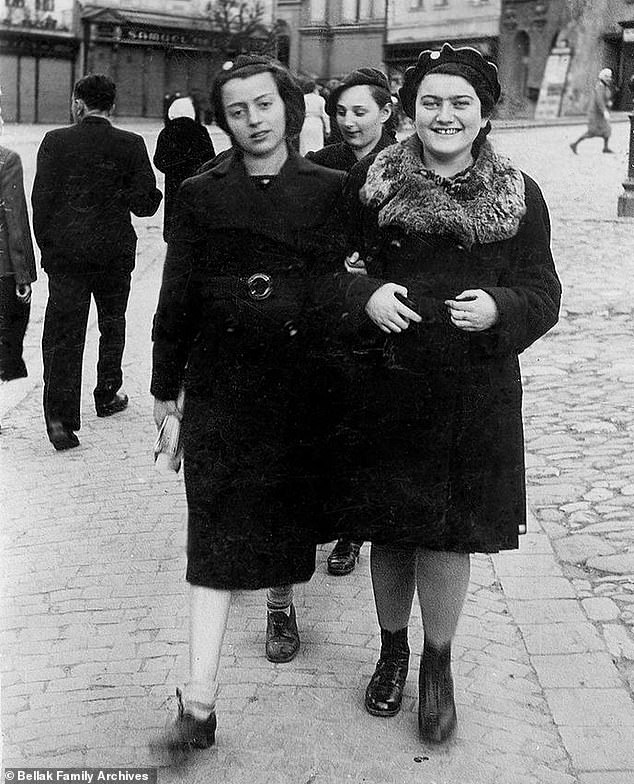 Renia’s mothe and younger sister survived the war and moved to America. In the 1950s, Schwarzer, who had survived several concentration camps, located them and gave them Renia’s diary

After a romance in which they seem to fall in and out of love every other week, the pair settle down into a relationship that mirrors what any teenager might experience, and the war seems to fade into the background.

On June 20, 1941, she describes their first kiss and said it left her ‘shaking all over’. The next day, she added: ‘I love those green eyes. We kissed for the second time today.

‘It felt so nice, but you know, it wasn’t fiery or wild, but somehow delicate and careful, almost fearful—as if we didn’t want to extinguish something that was growing between us.’

But just days later, on June 26, she says: ‘I can’t write. I’m weak with fear. War again, war between Russia and Germany. 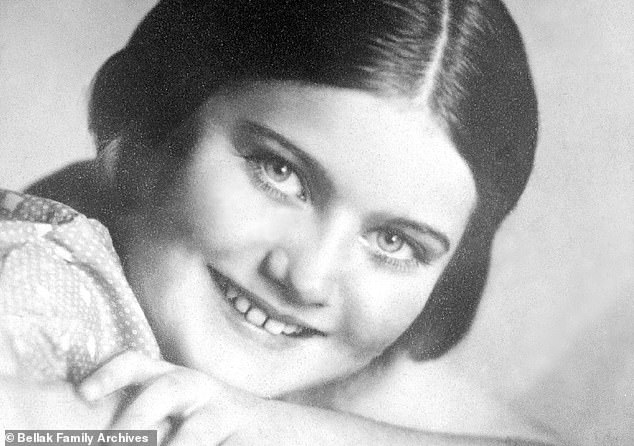 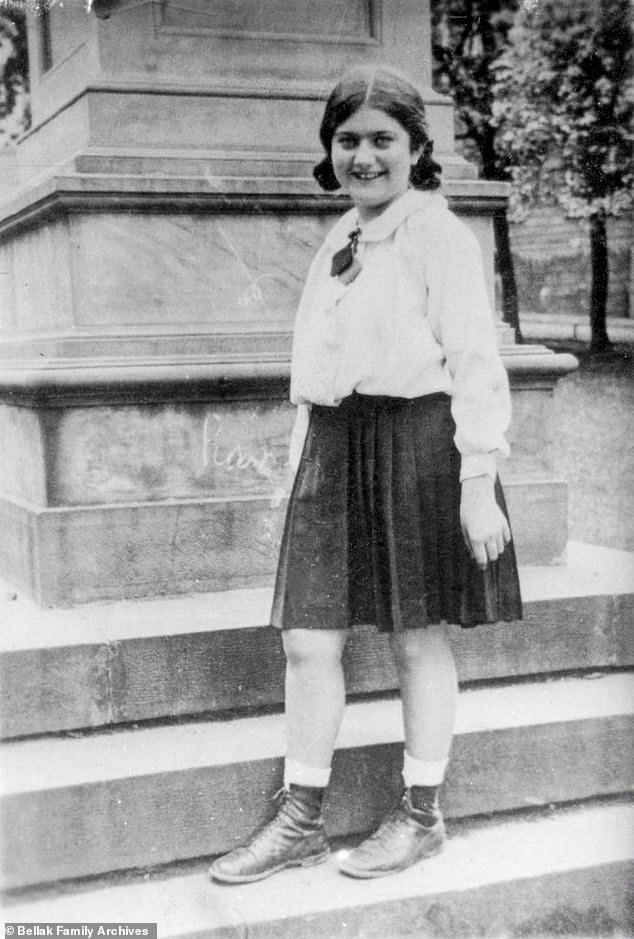 Renia vividly documents the misery of living in a Jewish ghetto, though still manages to find joy in nights spent in the garden and with her beloved boyfriend Zygus.

‘The Germans were here, then they retreated. Horrible days in the basement. Dear Lord, give me my Mamma, save all of us who have stayed here and those who escaped the city this morning. Save us, save Zygus.’

Shortly afterwards, the Nazis captured Lwow and Przemyśl and forced the Jews to don armbands, with rumours swirling about the creation of a ghetto.

What follows is a whirlwind of violence – pogroms, executions by Nazis authorities, and constant fears that her loved ones have been killed.

In 1942 Renia and around 20,000 other Jews were sealed inside a ghetto, locked away from the outside world and watched over by Nazi guards day and night.

Over the coming months she vividly describes the misery of living there, though still manages to find joy in nights spent in the garden, and with her beloved Zygus.

But in July, the ghetto police demand extortionate fees from all ghetto residents ‘to ensure their safety’, with deportation to a death camp the penalty for failing to pay. 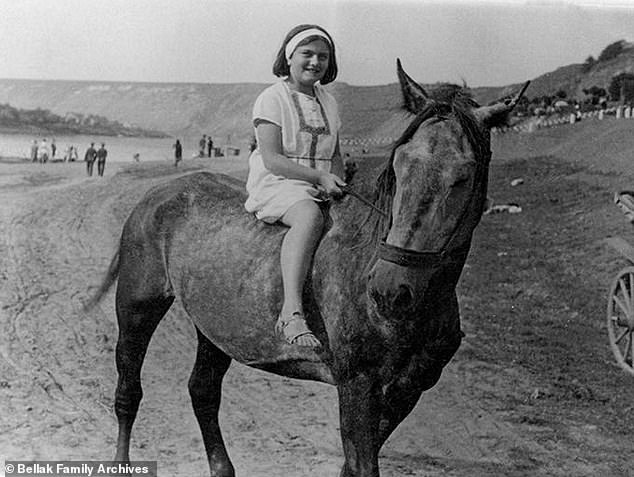 Renia’s diary was eventually published in Polish in 2016, as well as being turned into a film and a play 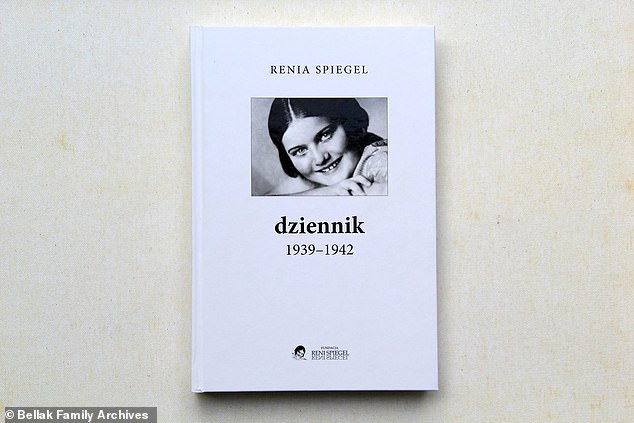 Too distraught to read it, Renia’s mother and sister put the diary in a safety deposit box in a Chase bank in Manhattan for six decades, until Ariana told her own daughter Alexandra about it, who sent it for translation

The diary then switches to Zygus’s voice as he attempts to save Renia along with his own parents by secreting them out of the city.

‘Fate decided to take my dearest ones away from me. My life is over. All I can hear are shots, shots shots….My dearest Renusia, the last chapter of your diary is complete.’ 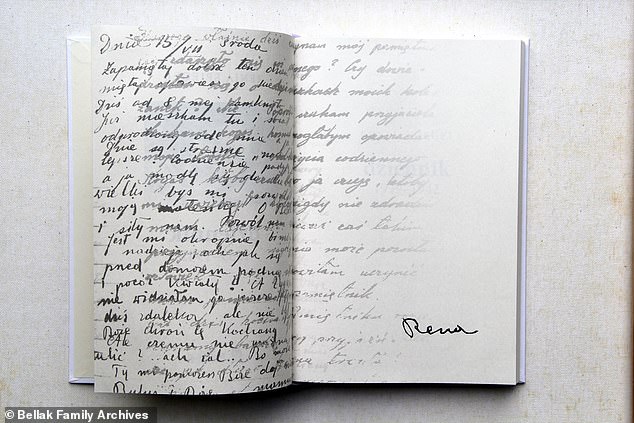 Although the diary has inevitably drawn comparisons with Anne Frank, Renia had a different style and wrote frequently in poetry as well as in prose

Zygus, Renia’s mother Roza and her sister Ariana survived the war – despite Zygus being taken to Auschwitz where he was examined by Dr Mengele – and fled to New York, where they started a new life.

Despite Roza and Ariana living under new names as Catholics, Zygus managed to track them down in the 1950s and handed them Renia’s diary.

Too distraught to read it, the diary sat in a safety deposit box in a Chase bank in Manhattan for six decades, until Ariana told her own daughter Alexandra about it.

She became obsessed, and in 2014 began sending the diary to a Polish student to translate. The diary was eventually published in Polish in 2016, as well as being turned into a film and a play. 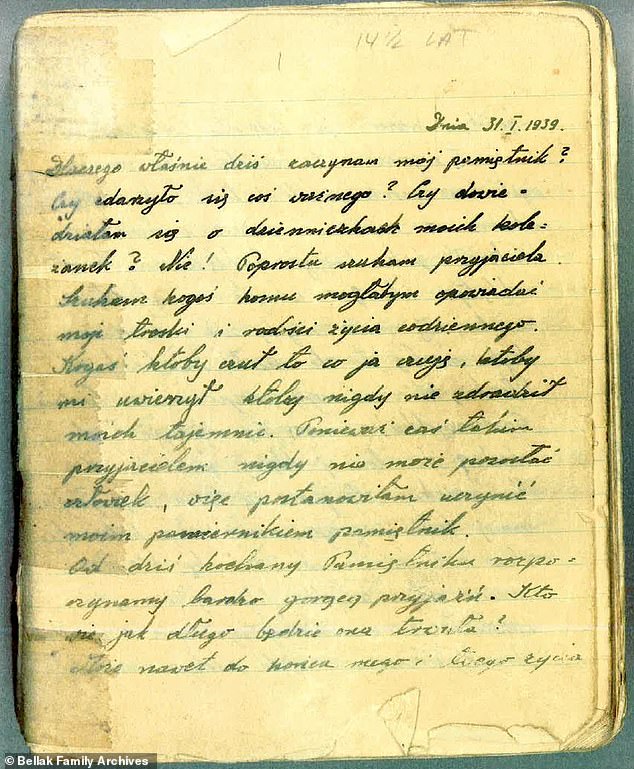 At the end the diary switches to Zygus’s voice as he attempts to save Renia along with his own parents by secreting them out of the city. However, his efforts ultimately failed, as he writes on July 31, 1942: ‘Three shots! Three lives lost! It happened last night at 10.30pm’

However, it has now been published in full in English for the first time, revealing a harrowing account of life during the war.

In a prologue to the book, Robin Shulman said: ‘Readers will naturally contrast Renia’s diary with Anne Frank’s.

Renia was a little older and more sophisticated, writing frequently in poetry as well as in prose. She was also living out in the world instead of in seclusion.

‘Reading such different firsthand accounts reminds us that each of the Holocaust’s millions of victims had a unique and dramatic experience.

‘At a time when the Holocaust has receded so far into the past that even the youngest survivors are elderly, it’s especially powerful to discover a youthful voice like Renia’s, describing the events in real time.’