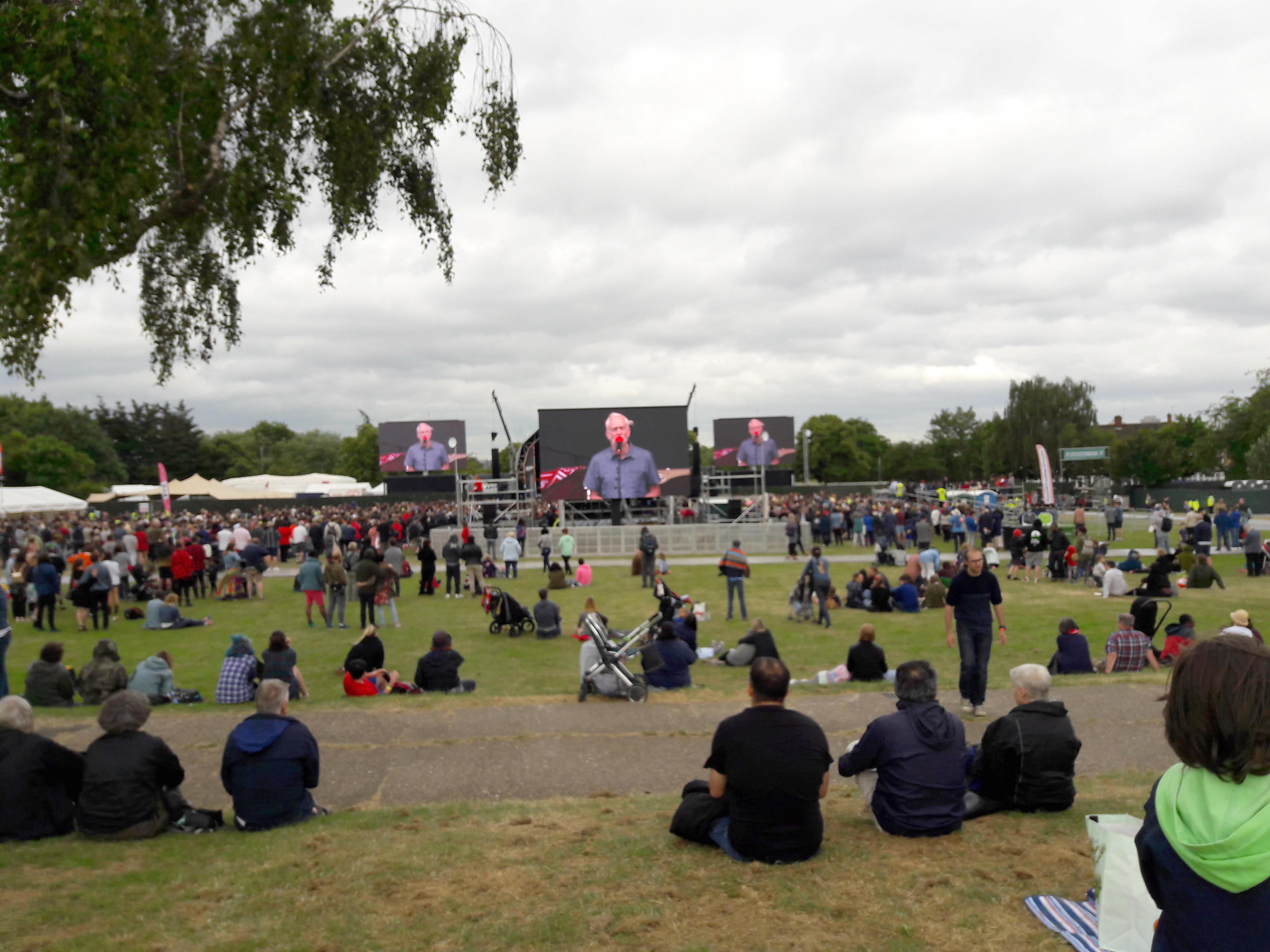 Plus, of course, Jeremy Corbyn himself. At Glastonbury last year, he derided Donald Trump by pointing to the slogan “Build Bridges Not Walls” plastered on the giant fence erected to keep out people with no tickets.

But there were no such worries at Labour Live, organised to capitalise on last summer’s Jezmania.

The price of a ticket was slashed from £35 to £10 — while trade union Unite had to give away another 1,000 tickets. It even ­promised free travel to takers.

Several thousand people eventually turned up and Labour insists the event was a success. Even so, this was the perfect ­festival for people who don’t like large crowds. 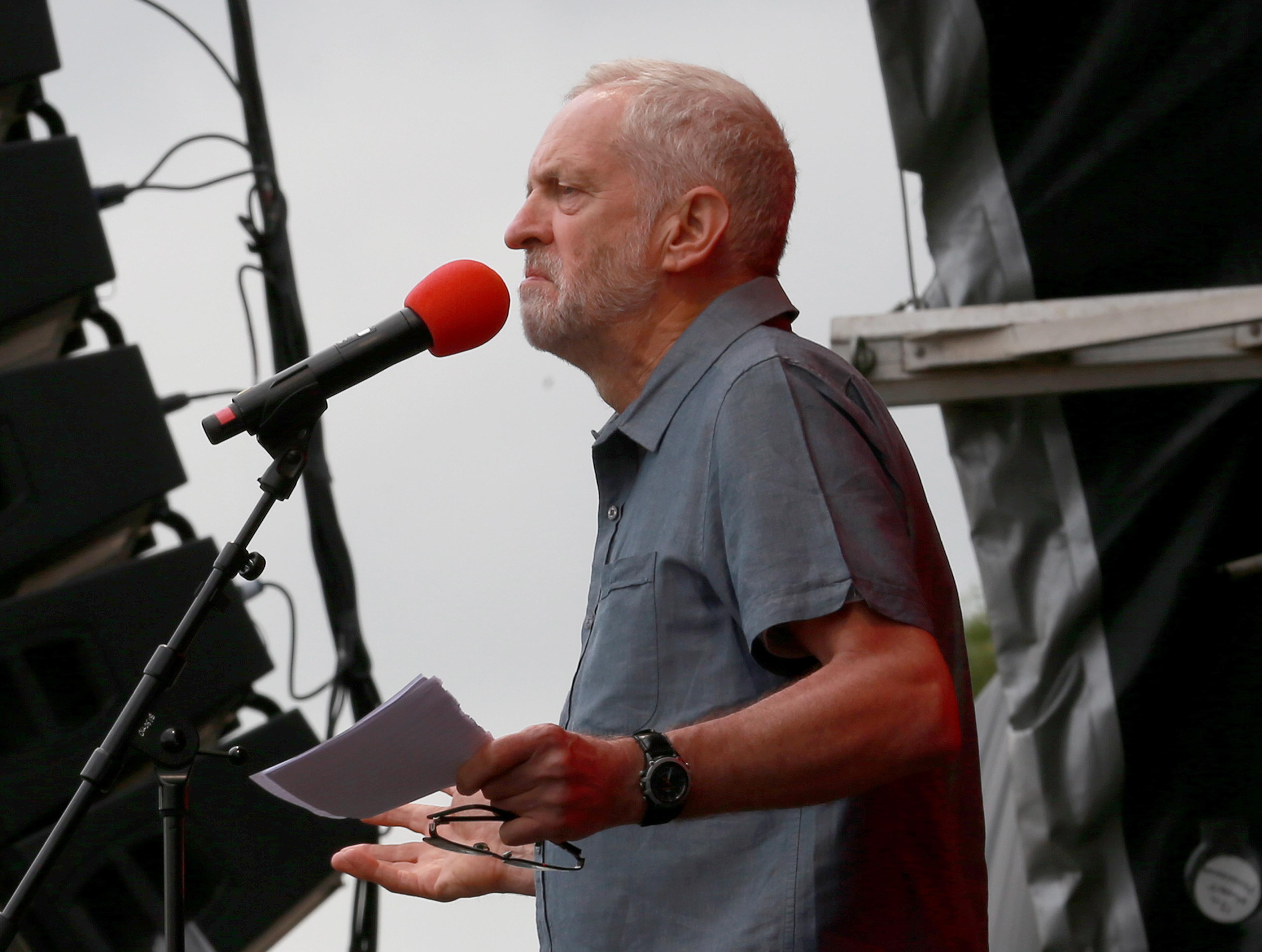 The day was blessed with sunny weather but leaflets about getting rid of the Tories still blew across the wide open spaces. That at least gave the litter collectors something to do at the 20,000-capacity site.

Other stalls offered Corbyn ­merchandise including bags, T-shirts and scarves at £15. 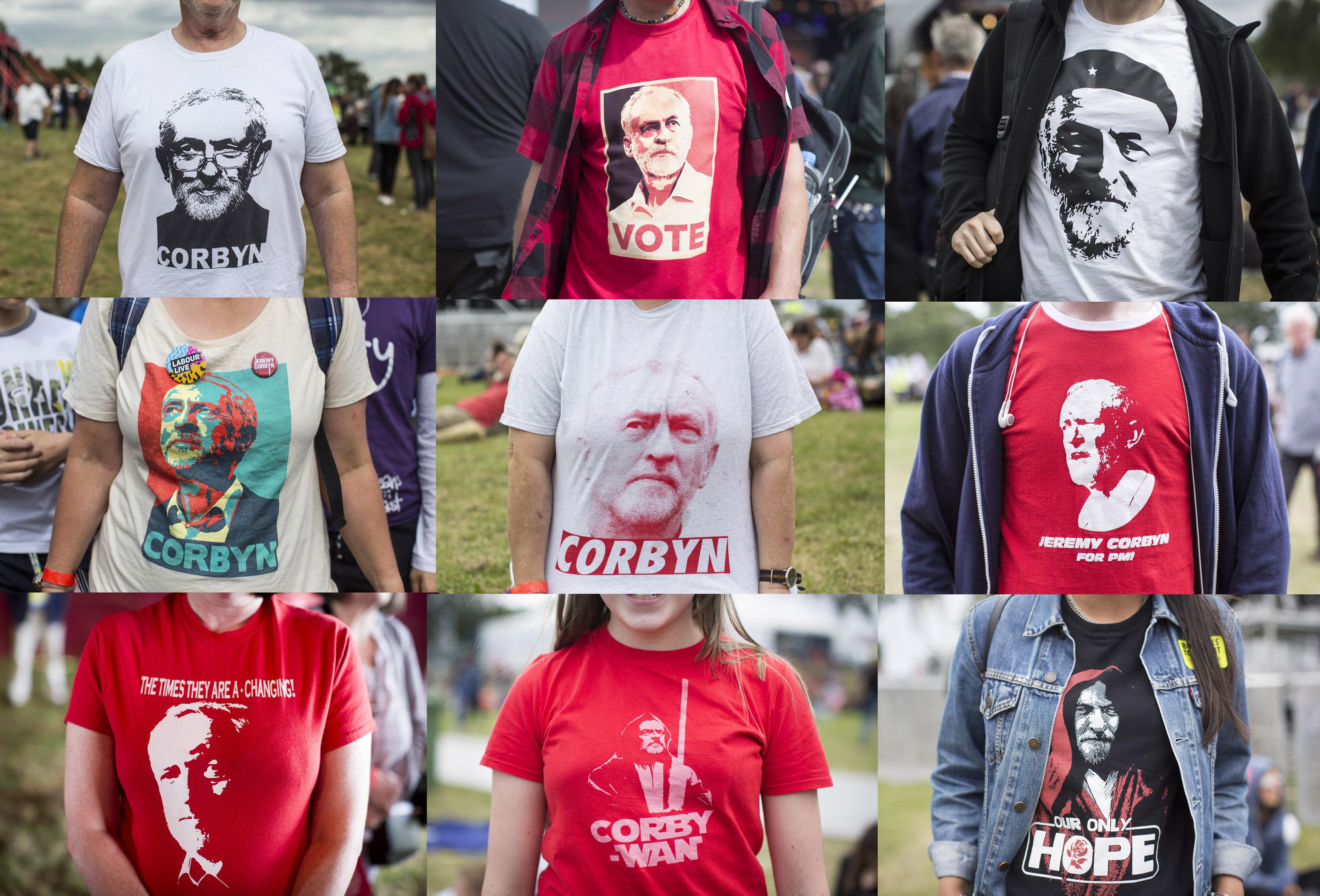 You could even get a Labour-branded powerpack to keep your iPhone juiced should the chance arise of a selfie with the leader.

Or, indeed, with a lost-looking Owen Jones, who was heard asking a steward: “Are you sure that’s the way to the Solidarity Tent?”

In that very tent, a Question Time-style event got rather heated as talk turned, inevitably, to the crucial issue of toilet accessibility.

On the main stage, comedian Eddie Izzard wrung a laugh from the suggestion that “Donald Trump and Nigel Farage are the same person, they’re married and they live in Kim Jong-un’s underpants”. 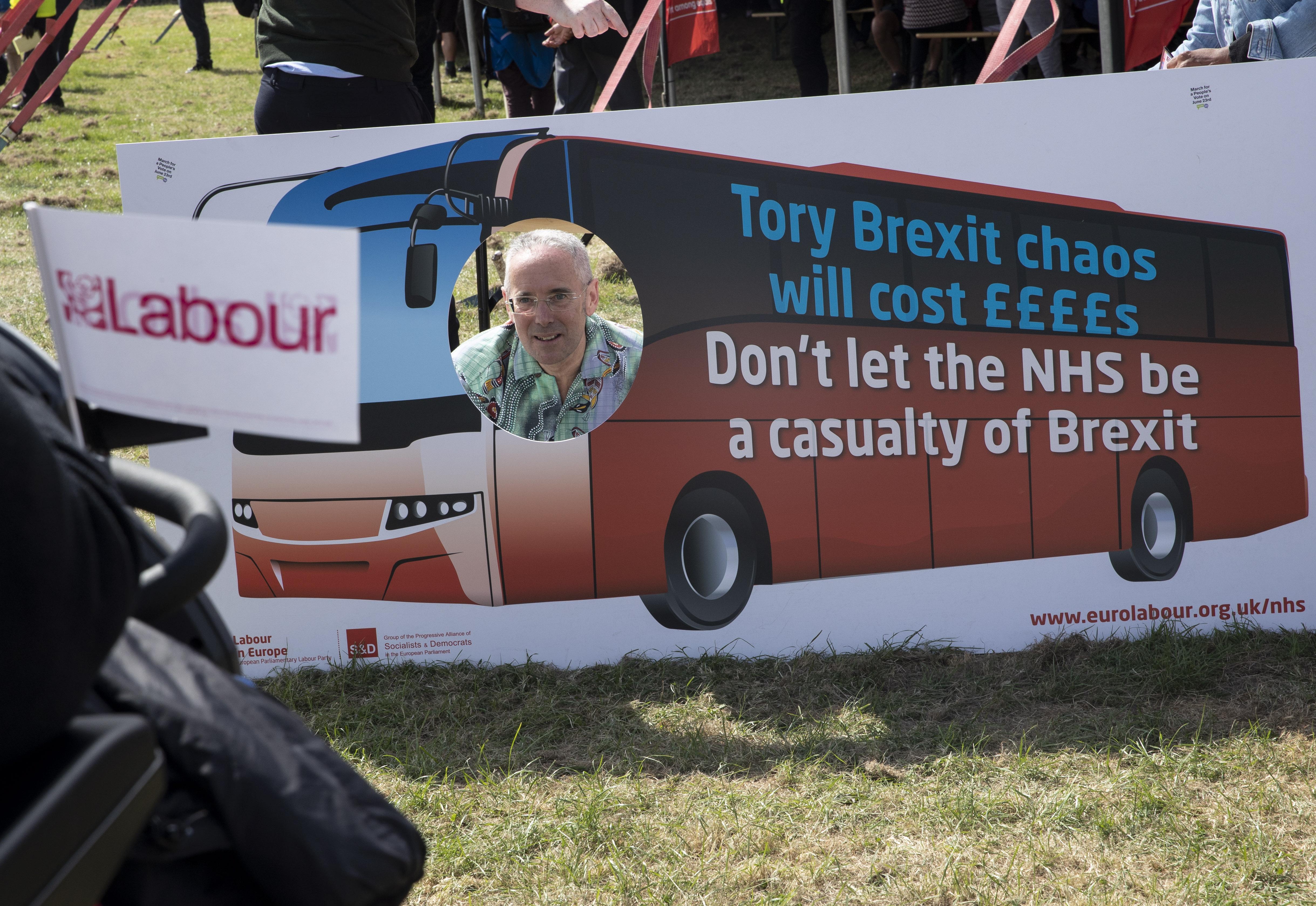 Then it was Owen Jones’ turn, which began with the rallying cry: “If you’re ready to kick out the Tories, give a big cheer!”

His hectoring voice booming over the PA gave me a migraine. Now I know how Trotsky felt when he got that icepick in his head. Jones’ rant climaxed with a ­glorious vision of the future: “Imagine Iain Duncan Smith’s face when we hear the magic words, ‘Chingford and Woodford Green — Labour gain!’”

Around two dozen teenyboppers ­clustered by the safety barriers — surplus to requirements, it turned out — to go wild for singer Declan McKenna (no, me neither). 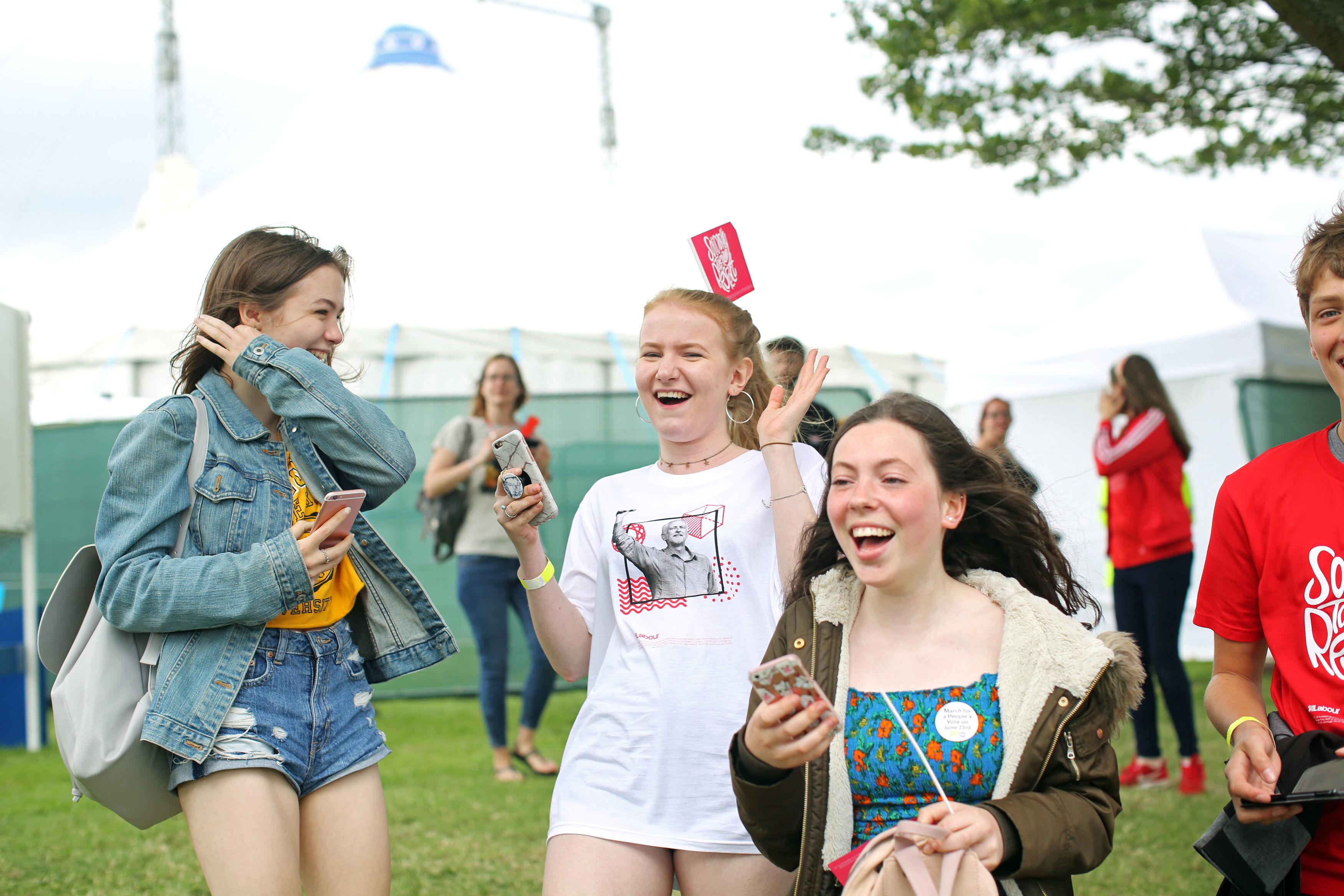 The smattering of easily pleased teens seemed to love it.

At long last, the main draw made his way to the stage — and the day turned into a full-blown political rally. Cheers rang out from the Corbynistas, hanging on his every word in greater numbers now. Corbyn railed about the politics of inclusion, building a million council houses and free school meals. It has to be said, he’s no Mick Jagger.

Despite an initial frisson of excitement, it all felt underpowered somehow. 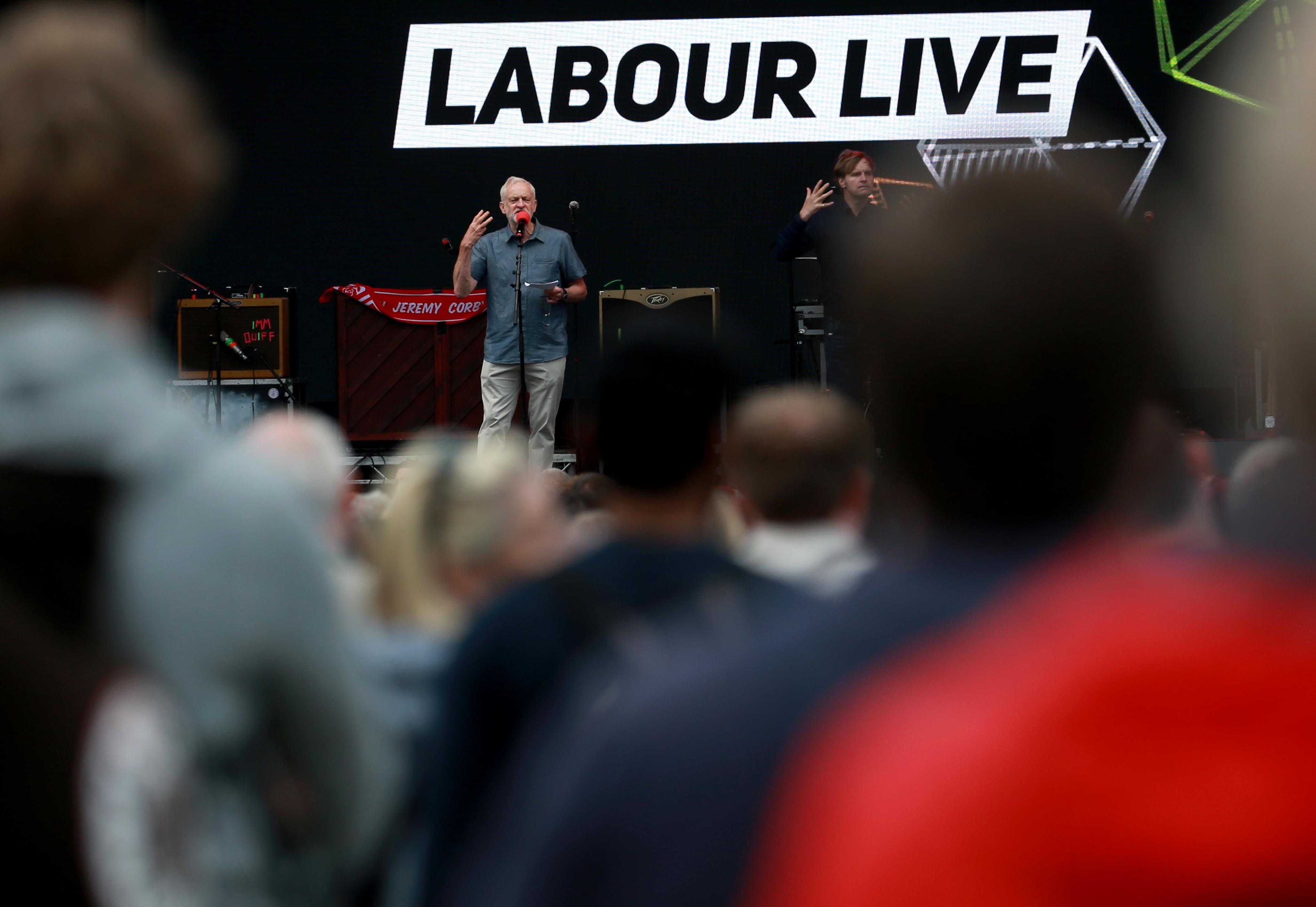 An early speaker said: “The way we’ll win the next election is by organisation.”

It’s back to the drawing board, then, comrades.