Suspected jihadists killed more than 30 Tuaregs on Mali’s northeastern border with Niger, in the second such attack in two days.

The former Tuareg rebel group MSA and tribal leaders said the massacre occurred Friday, a day after another attack by gunmen on motorbikes had left 12 people dead outside the town of Anderamboukane, which is also in the same area.

‘There have been 43 deaths in two days, all civilians, from the same community,’ tribal leader Sidigui Ag Hamadi told AFP from the regional capital Menaka. 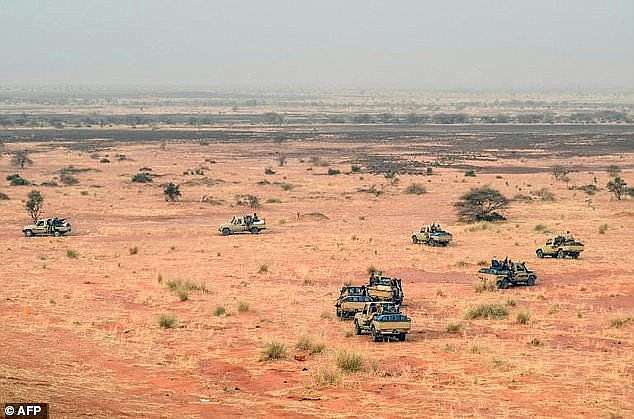 ‘Our fighters are destroying their bases and wiping them out. They are targeting innocent civilians,’ he added seeing the bloodletting as reprisals for attacks on jihadists by armed Tuarag groups.

The MSA also put the death toll from the two attacks in the vilages of Aklaz and Awakassa at 43, saying all the victims were from the Idaksahak pastoralist berber group.

The group urged the governments of Mali and Niger to take steps to ensure that ‘an immediate end is put to these abominable crimes’ and added that it would ‘not give in to any intimidation.’

Menaka governor Daouda Maiga urged caution regarding the death toll until official observers had arrived on the scene.

‘There are various versions, but I know there are women and childen among the victims, as well as elderly,’ Maiga told AFP, while adding he would await the observers’ return to Bamako.

Local people had been fearful of reprisals by jihadists who suffered major losses in recent attacks in the region over recent weeks, Menaka official Attaye Ag Ossadki told AFP.

‘But nobody imagined that they would kill civilians in this way,’ he said.

Two weeks ago, the UN’s MINUSMA peacekeeping operation said they had received ‘very serious’ information that ‘summary executions of at least 95 people’ had occurred during anti-jihadist operations in the northeastern Menaka region carried out by ‘a coalition of armed groups’ including MSA and Gatia. 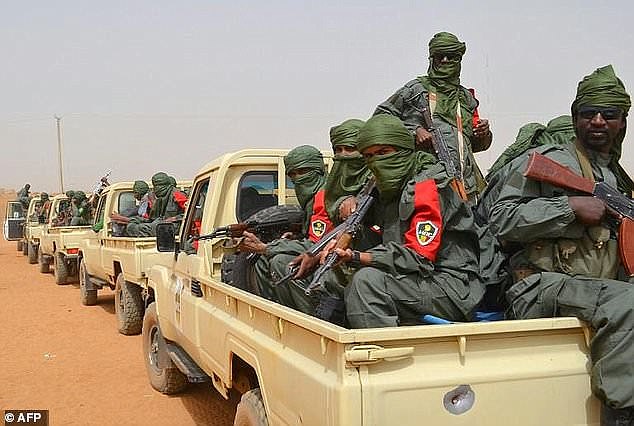 Malian army soldiers and Tuareg have been fighting the jihadists recently, inflicting defeats on them which have in turn led to reprisals

Both groups flatly denied any involvement.

France intervened militarily in Mali in 2013 to help government forces drive Al-Qaeda-linked jihadists out of the north.

But large tracts of the country remain lawless despite a peace accord signed with ethnic Tuareg leaders in mid-2015 aimed at isolating the jihadists.

At the beginning of this yea, Britain announced a new military mission in Africa with the French because of fears Islamic State cells wiped out in countries such as Libya are re-forming with Al-Qaeda to plot attacks in Europe.

The Prime Minister will send three Chinook helicopters, including up to 100 troops, to Mali, to help French forces as they combat extremism in the ‘ungoverned spaces’ in the region.

There are concerns that Islamic State fighters defeated in the coastal city of Sirte in Syria have fled to countries in the Sahel region, such as Mali.