In the BBC documentary This Is Joan Collins, which premiered Saturday in the U.K., the Dynasty star, 88, said that the Irish actor raped her, after spiking her rum and coke with the drug Rohypnol, on their first date at his London apartment. She was 17 and a virgin at the time; Reed was 31.

"The next thing I knew I was flat out on the sofa and he was raping me," Collins said. "In those days, my mother would have said I was taken advantage of. Now, we call it date rape."

“Had I not been so innocent about sex and the way things should be I wouldn't have done that," she said. "But I had a strong sense of guilt, so I did it." 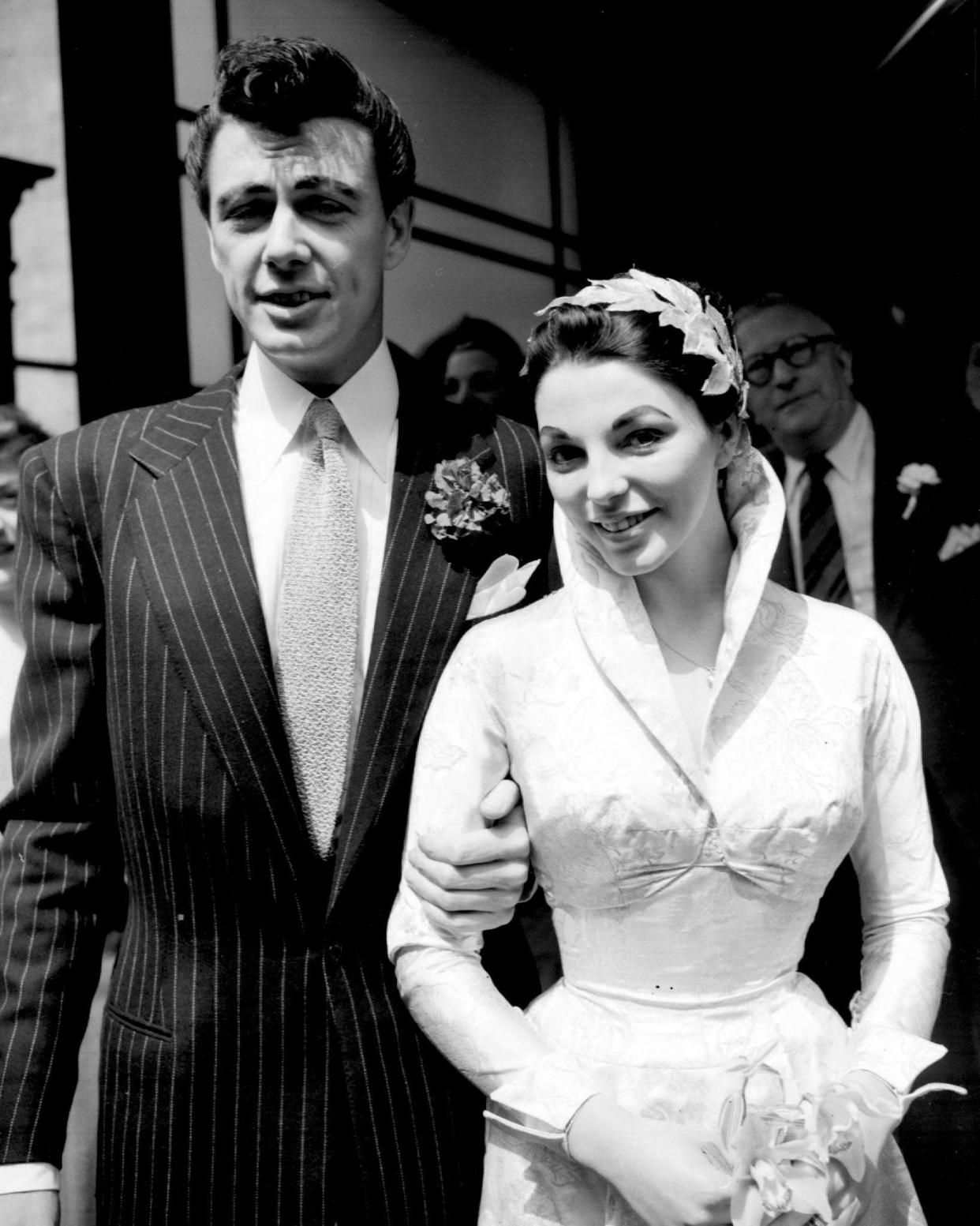 Their honeymoon "was a fiasco," Collins said. "We looked outwardly happy but underneath I was miserable."

Things didn't get better. Collins recalled how during their brief marriage, which ended in 1956, Reed suggested that she have sex with other men for money.

“We were in Les Ambassadeurs, a terribly chic nightclub in Mayfair,” she recalled. "Max had a habit of gravitating towards rich, elderly men, and I was starting to get a vague idea of what this was all about. Max told me, 'He’ll pay you £10,000 for one night — and I can even watch.' I looked at my handsome, loathsome husband and began to cry. 'Never in a million years.'"

Collins said she decided to go "home to Mummy." They had a messy divorce, in which he attempted to get alimony because he claimed to have discovered her. She said the divorce cost her millions. Reed died in 1974 at age 55.

The English actress also said she was sexually harassed by film producer and studio executive Darryl Zanuck. She said the 20th Century Fox honcho, who signed her to a seven-year contract after she appeared in Land of the Pharaohs, "pinned me like a beetle to a board and said, 'You need a real man, honey, a real man.'"

She added, "Luckily a make-up man came down the corridor and I was able to escape."

Collins called herself a "survivor" in the BBC doc.

"I survived being a young actress when practically all the men were predators," she said. "They used to say female stars were finished at 27, but here I am after seven decades in the business to tell you a thing or two about how to survive the perils of the profession."

In addition to Reed, Collins married Anthony Newley​​, ​Ronald S. Kass, Peter Holm​​ and — current husband — Percy Gibson. The mom of three also dated Harry Belafonte (while he was married) and was engaged to Warren Beatty.