House of Commons Speaker John Bercow is facing a fresh row after another anti-Brexit sticker was spotted on the back of his Land Rover.

The blue sticker, which declares ‘Don’t blame me, I voted remain’ has been stuck on the car which is parked in the MP’s official space on the parliamentary estate.

It comes just two months after a ‘boll****’ to Brexit sticker was spotted on the bumper of his car.

Mr Bercow, who must remain politically neutral while in the chair overseeing parliamentary debates, has previously revealed he voted Remain the EU referendum.

The latest revelation fueled anger at Mr Bercow, who is facing calls to stand down form his role overseeing parliamentary debates amid claims he bullied his staff. 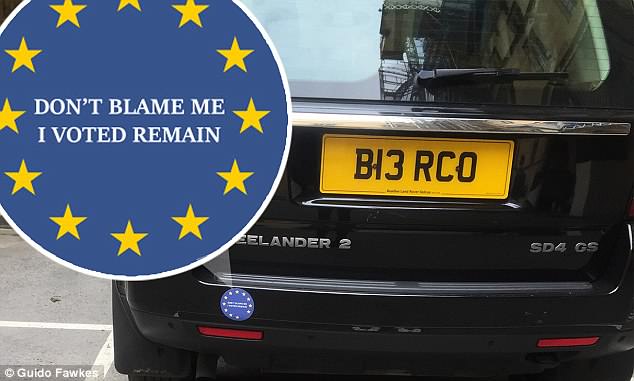 The blue sticker, which declares ‘Don’t blame me, I voted remain’ has been stuck on the car which is parked in the MP’s official space on the parliamentary estate 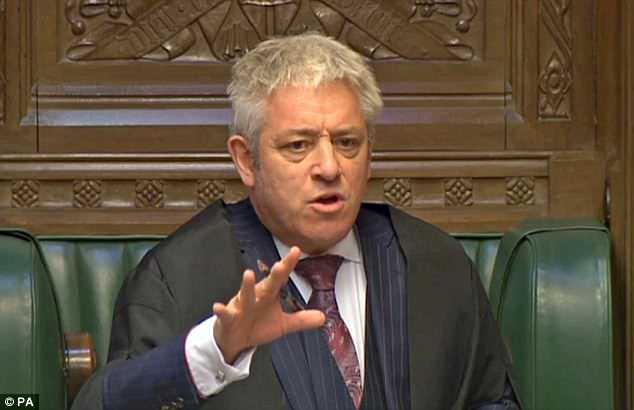 John Bercow (pictured in the Commons) who must remain politically neutral while in the chair overseeing parliamentary debates, has previously revealed he voted Remain the the EU referendum

Tory MP Andrew Bridgen told MailOnline: ‘All pretense of political impartiality has disappeared, and so it is time for John Bercow to disappear.

What are the claims of bullying and bad behaviour made against John Bercow?

John Bercow has been hit by a number of bullying claims, all of which he denies. Here are the allegations:

Said he left his post in 2010 after he was subjected to angry outbursts, foul- mouthed tirades and mimicry by John Bercow.

He said was ‘gagged’ and stopped from speaking out about his time in the role as part of an £86,000 early retirement payoff.

Rod David, who retired last year, said staff were ‘terrified’ of the Speaker.

She took a job as Mr Bercow’s private secretary in May 2010 but left her role less than a year later in February 2011 amid claims she was bullied by the Speaker.

Her colleagues alleged that this was because of the behaviour of Mr Bercow after she told staff that she suffered from post-traumatic stress disorder.

Colleagues told Newsnight that she was undermined by Mr Bercow in a range of ways – and he seemed to shout at her a lot.

‘It is time for a new Speaker.’

As Speaker of the Commons Mr Bercow is in charge of overseeing debates and imposing order on MPs in the Chamber.

But he has been rocked by damaging claims that he would bully and fly into ‘explosive’ rages at his staff. He denies the allegations.

Scotland Yard is ‘assessing’ a complaint that the Commons Speaker could have committed misconduct in public office.

A member of the public has now asked the Met Police to consider whether Mr Bercow’s conduct could amount to ‘abuse of the public’s trust in the office holder’.

The complaint highlights allegations that have surfaced over recent months.

They include Angus Sinclair, who left his post as Speaker’s Secretary in 2010 after receiving a payment of £86,250, saying he was the victim of angry outbursts, foul- mouthed tirades and mimicry.

MPs on the standards committee sparked anger last week by refusing a request from parliament’s commissioner Kathryn Stone to investigate them.

An inquiry by a judge into the culture at Westminster will also not consider the specific accusations against the Speaker.

And Mr Bercow sparked fresh anger a fortnight ago when he allegedly called cabinet minister Andrea Leadsom a ‘stupid woman’ during a Commons debate. 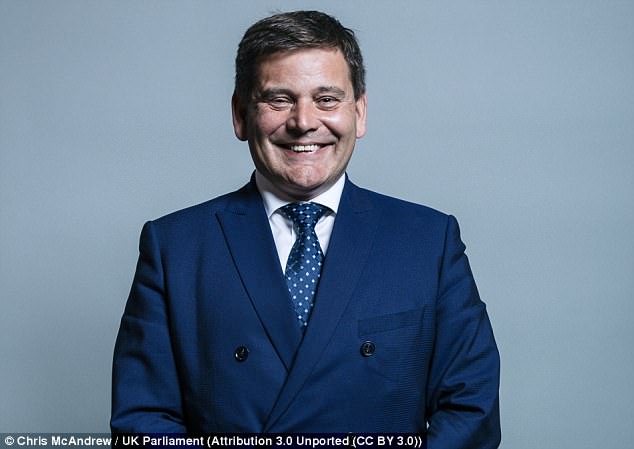 The role of Speaker is meant to be politically impartial, with the holder giving up their party allegiance and traditionally standing unchallenged in their seat at general elections.

When he was installed in the job in 2009, Mr Bercow pledged he would only serve for nine years.

But after the election in June he declared that he would serve for another full parliament.