John Bercow today reportedly labelled the UK’s departure from the European Union the ‘biggest mistake of this country after the war’ as he ditched his impartiality after stepping down as Commons Speaker.

Parliamentary rules meant Mr Bercow was supposed to be impartial when he was in charge of proceedings in the Commons but he has long faced accusations of bias over Brexit.

Mr Bercow addressed a Foreign Press Association event in London this morning and finally set out his personal views on Brexit in public as he also mocked Boris Johnson.

Asked if he believed Brexit would affect the international standing of the UK, Mr Bercow apparently replied: ‘I don’t think it helps the UK. Brexit is the biggest mistake of this country after the war.

‘I respect PM Johnson but Brexit doesn’t help us. It’s better to be part of the [EU] power bloc.’ 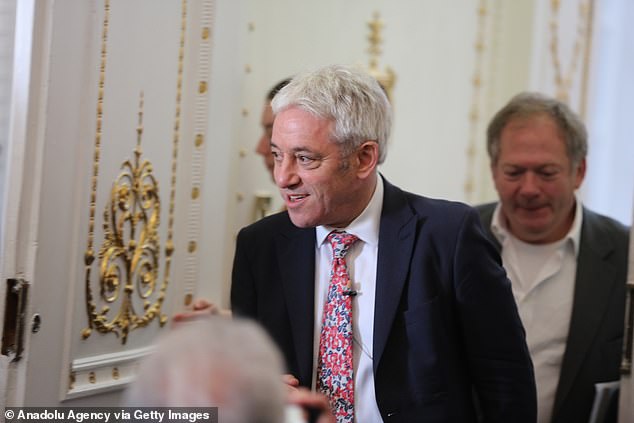 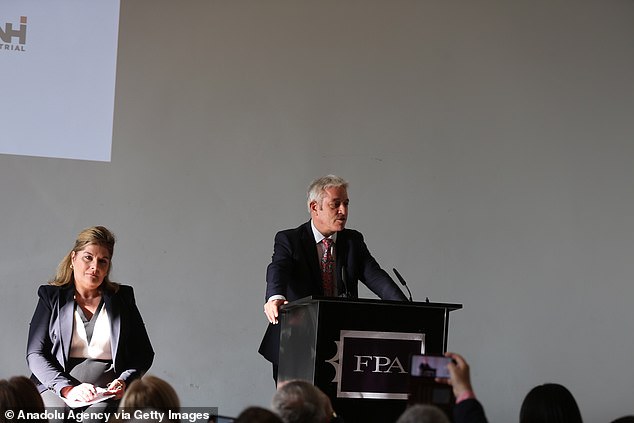 Mr Bercow quit as Commons Speaker last week. His critics have long claimed that he was biased on Brexit

The comments, first reported by the Italian newspaper La Repubblica, are likely to spark fury among Brexiteer MPs who believe Mr Bercow favoured Remainers during his time in the chair.

He sparked a political firestorm in 2017 after telling a group of students that he had voted Remain in 2016.

However, Mr Bercow today rejected suggestions that he had helped block Brexit as he insisted it was for MPs to implement the 2016 referendum result and not him.

Mr Bercow, who stood down as Commons Speaker last Thursday after a decade in the role, claimed he ‘was always fair in the chair’, according to remarks published by the FPA.

Responding to Mr Bercow’s Brexit comments, one Brexiteer Tory told MailOnline: ‘In other breaking news the Pope is in charge of the church in Rome.

‘It was perfectly obvious that he had those views the whole time he was in the chair.

‘Many of the decisions he made were clearly in favour of people who wanted to slow down Brexit.’

Mr Bercow was a repeated thorn in the side of both Theresa May’s government and Mr Johnson’s administration over Brexit as he allowed rebel MPs repeated opportunities to seize control of proceedings.

Mr Johnson took a swipe at Mr Bercow when he stood down as he said that he had acted ‘not just as an umpire’ but also ‘as a player in your own right’.

Mr Bercow today said of Mr Johnson: ‘I respect the Prime Minister and he has the right to do what he did also in the House of Commons.

However, the former Commons Speaker apparently could not resist a dig at the PM as he mocked the premier for losing in the Supreme Court. 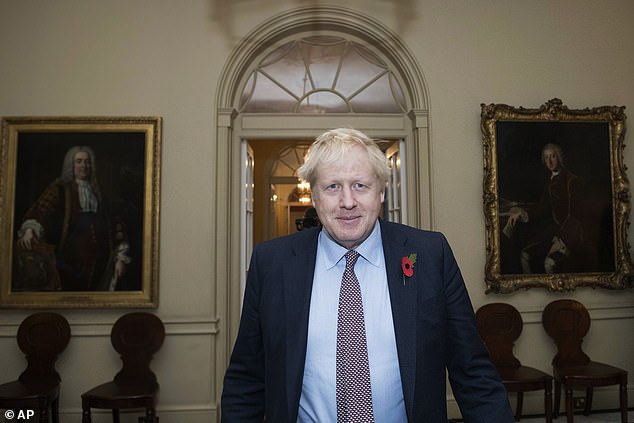 Boris Johnson, pictured leaving Downing Street today, said Mr Bercow was both an ‘umpire’ and a ‘player’ as Speaker

The highest court in the UK ruled at the end of September that Mr Johnson’s proposed five week prorogation of Parliament was unlawful.

Mr Bercow told the FPA: ‘What matters is the judgement of the Supreme Court. What matters is 11-0. You got it? 11-0. Maybe it’s not clear: eleven-nil.’

Mr Bercow’s decision to step down as Speaker was accompanied by a decision to quit as an MP.

He was first elected as the Conservative MP for Buckingham at the 1997 general election. Today he refused to say which party he will vote for on December 12.