Boris Johnson and Jeremy Corbyn have been branded ‘cowards’ for not holding themselves up to proper scrutiny on television.

Channel 4 News chief Dorothy Byrne used the annual MacTaggart Lecture at the Edinburgh TV Festival to deliver a stinging rebuke to politicians who will not take questions from journalists.

Byrne, one of the longest-serving heads of news and current affairs in British TV, said that if the Prime Minister and Leader of the Opposition truly believed in their policies they should allow them to come under fire on television.

She said: ‘I would never have thought I would say these words: I believe that Mrs Thatcher would agree with me; Boris Johnson and Jeremy Corbyn are cowards. She had a word for men like them – ”frit”. 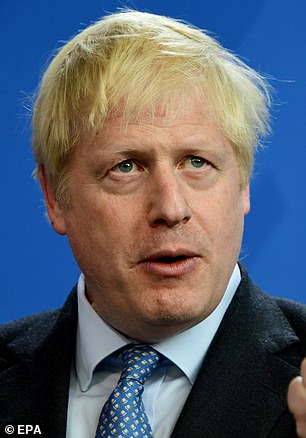 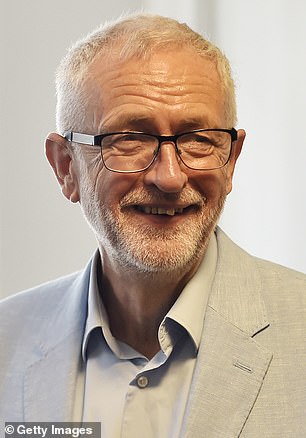 ‘If they really believe in the policies they promote, they should come onto television to explain them, to allow them to be scrutinised and to justify them.

‘And just this weekend we read that these cowardy-cats in the Tory party may stop junior ministers from going onto the Today programme. I have previously described listening to Today as like accidentally walking into a knitting shop in Bournemouth.

‘But even I accept that millions listen to it and they have a right to hear from their political leaders on it.’

Byrne said the decrease in politicians holding themselves up to scrutiny on TV has become ‘critical for our democracy’.

She added: ‘We have a new Prime Minister who hasn’t held one major press conference or given one major television interview since he came to power.

‘That cannot be right. And we have a leader of the Opposition who similarly fails to give significant interviews on terrestrial TV. We may be heading for an election very soon. 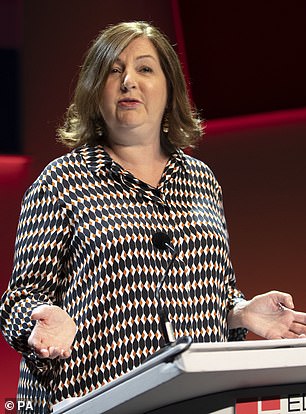 ‘What are they going to do then? I genuinely fear that in the next election campaign there will be too little proper democratic debate and scrutiny to enable voters to make informed decisions.’

She also blasted former prime minister Theresa May, saying: ‘Throughout her time as PM, May’s longest interview with Channel 4 News was seven minutes.

‘How do you delve into the complex problems of our times in a few minutes? Jeremy Corbyn sometimes permits only one question, and then doesn’t answer it.’

Byrne compared Mr Johnson to Vladimir Putin as she outlined his preference for recording a ‘jolly statement’ over a grilling on television, saying: ‘What we all need to decide: what do we do when a known liar becomes our Prime Minister?

‘I’ve talked to journalists from several television organisations about this issue. They said they would be loath to use that word ”liar”.

‘Remember when Andrew Marr told Penny Mordaunt her claim that the UK couldn’t stop Turkey from joining the EU was ”strange”?

‘It was strange, but it was also untrue – a lie. Is it time for us to start using the L-word? I believe that we need to start calling politicians out as liars when they lie.

‘If we continue to be so polite, how will our viewers know that politicians are lying?’

Byrne also launched a call to arms for broadcasters to make programmes which ‘shake all our assumptions about society’.

She said: ‘So often I’m told that documentary formats now deal with important subject matters, but formats only describe society as it is, they don’t provide a vision for change.

‘If we are worried about becoming irrelevant, one of the best things we can do is to start making big controversial programmes about the UK which put us back at the heart of public debate as we used to be.’