‘This time I won’t have to leave in handcuffs’: Tory jailbird Jonathan Aitken is ordained as a CofE deacon and celebrates at Old Bailey court where he was convicted of perjury after lying at libel trial he waged over newspaper revelations

Former cabinet minister Jonathan Aitken, who served time in jail, said he is humbled and delighted to have been made a deacon.

The ex-Tory MP was ordained at St Paul’s Cathedral and his ministry will focus on prison chaplaincy.

Ahead of his ordination celebration at the Old Bailey, he joked that his first return to the famous London court building since being jailed there 19 years ago would be a happier occasion.

The newly-named Reverend Aitken, who was sentenced to 18 months in jail in 1999 after admitting perjury and perverting the course of justice, said: ‘Well I won’t have to leave by the back door in handcuffs this time round.’ 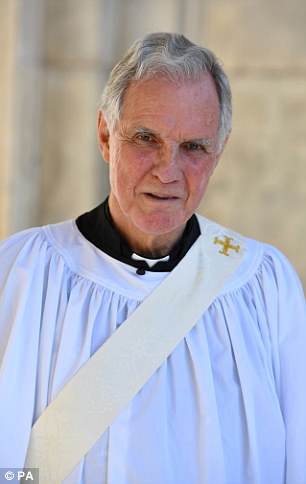 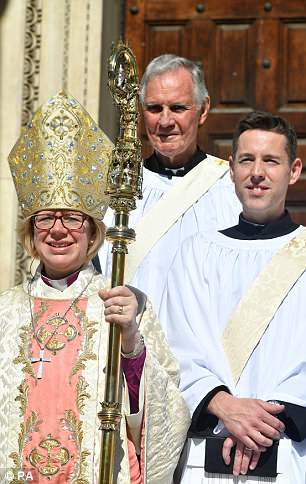 Speaking outside the cathedral in central London, wearing his religious garb in the hot sunshine on Saturday, he said being ordained was like ‘a new life’.

His wife Elizabeth, daughters Victoria and Alexandra and other family and friends attended Saturday’s service where 32 people were made deacons.

The former politician said Iain Duncan-Smith, Jeffrey Archer and Diane Abbott were among a crowd of 200 expected to join his party at the nearby Old Bailey.

Also among the invitees were former prisoners he had befriended during the 211 days he spent behind bars.

He said: ‘Call it a gathering of soulmates and cell mates because I’ve got six old Belmarshians (attending the celebration).

‘I call them that because I was in HMP Belmarsh, and it says something for the human spirit that in that dark place we made some friendships and we’ve kept in touch.’ 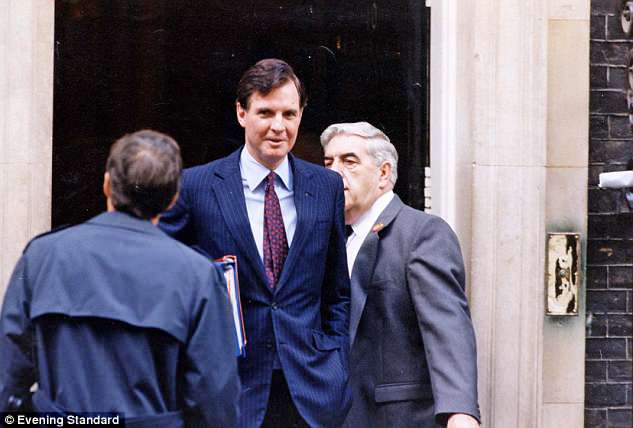 Rev Aitken will be based at St Matthew’s Church in Westminster but will visit prisons as a chaplain.

He said he hoped his experience could help him in the role.

He said: ‘It’s obviously an unusual qualification to be able to go into a prison as a chaplain and say I have been where you now are.’

Rev Aitken, who was MP for Thanet, Kent, for more than two decades until the May 1997 general election, was ordained by the Bishop of London, the Right Reverend Sarah Mullally. 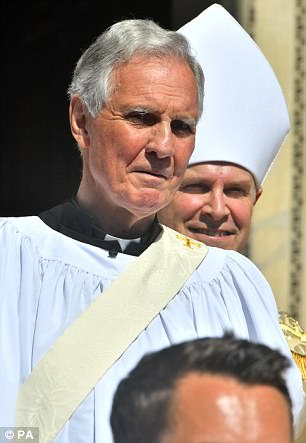 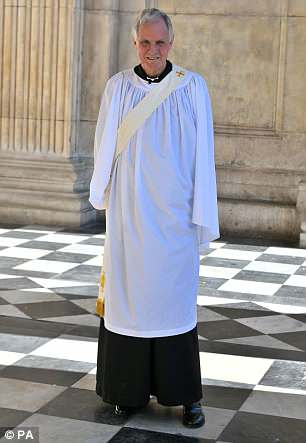 The ordination ceremony is the first to be conducted by a female bishop of London.

She said: ‘The Church is diverse and thriving in London and our new clergy are a glorious expression of that life.

‘I look forward to welcoming the highly gifted newly ordained Deacons so we can work on furthering God’s mission in the Diocese.’

Rev Aitken was jailed in 1999 for lying under oath in a libel case against The Guardian.

He sued the newspaper after it said he allowed aides of the Saudi royal family to pay his £1,000 hotel bill at the Paris Ritz in September 1993.

He had vowed to ‘cut out the cancer of bent and twisted journalism in our country with the simple sword of truth and the trusty shield of fair play.’

But he admitted committing perjury after it produced evidence that showed he was lying.