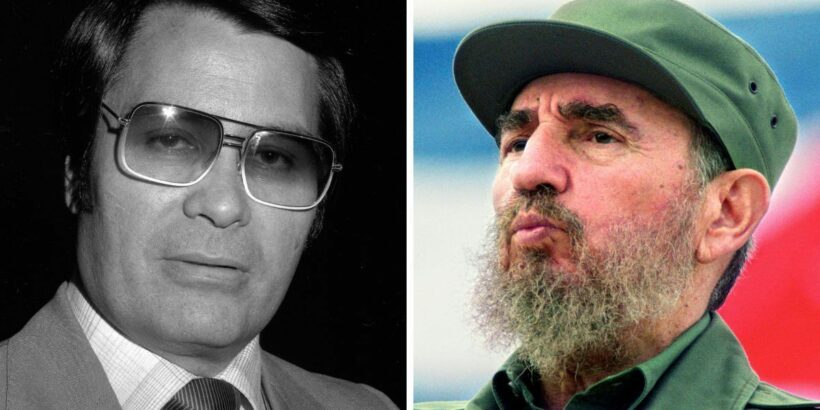 Jonestown Massacre: Inside the cult which left over 900 dead

November 18, 1978. A date forever engrained in the world’s consciousness as the tragic day more than 900 worshippers lost their lives at the hands of Reverend Jim Jones, a warped religious leader who ordered the mass suicide of his congregation. His legacy, which saw him responsible for the greatest single loss of American civilian life in a deliberate act until the 9/11 bombings decades later, has been pored over in the years since the cult took their final sips of Flavor Aid-laced cyanide. But his relationship with Cuba, and that of its then-leader Fidel Castro, has largely been forgotten. Here, Express.co.uk explores their bond.

Jones’ cult, originally known as the Peoples Temple Full Gospel Church, began its life in 1955, and ran predominantly from Guyana’s capital Jonestown by the mid-Seventies. The cult would eventually end in bloodshed, with 909 followers taking their own lives.

Out of his jungle commune, Jones managed to enlist hundreds of followers for his new religious movement, ordering them to carry out his work and teachings, including recruiting other worshippers, and killing on his demand.

During this time he reportedly struck a bond with Cuba’s leader Fidel Castro, an iconic figure in the island nation’s history and its fight to protect communism from the US.

This relationship, unearthed accounts show, was started by Willie Brown, who was Mayor of San Francisco and reportedly wrote to Castro to ask for Jones to be granted a visa to stay in Cuba. Brown and Jones were already close companions as the Peoples Temple had operated in the city.

According to investigative journalist Will Savive, who authored the 2014 publication Jonestown: ‘Don’t Drink the Kool-Aid’, Jones “disappeared from public record altogether for about six months” in October 1961 when travelling to Guyana.

Kathleen Adams, an anthropologist, recalled that Jones spent time “as a missionary” in Cuba, while a “close friend” of the preacher and his wife said he was with Castro around “the winter of 1961-62”.

This meeting came barely six months after Jones delivered “anti-communist speeches in Guyana on his way to Brazil”, views that directly opposed the staunch communist Castro.

Savive continued: “The fact that Jones received a Cuban visa and met Fidel Castro after recently giving well-publicised anti-communist speeches raises many questions in and of itself, particularly in light of the Bay of Pigs incident in 1961, in the US – and more specifically, the CIA – launched an unsuccessful attempt to overthrow the Cuban government.”

It would be one of Jones’ many visits to the island, including some 17 years before, when in 1960 ,he entered the country to try and enroll new members to his church.

A New York Times piece published in 1979 reflected on that trip, detailing an account given by Cuban-born American Carlos A. Foster, who was a specialist in drug counseling and ghetto housing in New York.

Foster was responsible for drawing up a list of families who were willing to leave Cuba, destined for the US, though his plan was eventually ditched, he claimed.

The newspaper reported: “Foster says Jones had told him he had gone to Cuba because he believed many Cubans were eager to escape the austerity and economic chaos that followed Fidel Castro’s overthrow of Fulgencio Batista on Jan 1, 1959, and that they might readily accept an offer to live in a commune in the United States.

“Jones approached poor Cuban families directly, Foster says, and had no contact with the Cuban government. He [Foster] says Mr. Jones had not tried to recruit poor American blacks — the kind of people who comprised a large percentage of his commune in Jonestown — because he felt ‘he wouldn’t be able to convince them that easily’.”

The report added: “After working with Jones in Cuba, Foster, who is black, says he lived as a virtual prisoner in Jones’s home in Indianapolis for two months. Jones told him his white middle‐class neighbors were not accustomed to seeing black people, he reports, and that if the Cuban left the house alone he would be lynched.

“Later, in Guyana, Jones employed the same technique, telling his followers they would be arrested and tortured by government soldiers if they tried to leave the commune.”

By 1978, Jones, —who with Castro were ranked as the 19th and 18th most evil men of the 20th Century by a 1999 New York Times poll — and hundreds of his worshippers followed their his lead in a mass suicide, today known as the Jonestwon Massacre.