EXCLUSIVE: Jonestown survivors shot in airstrip massacre recount how they were left to die by cult members who then aided Jim Jones in the murder of 300 children during mass suicide

Three survivors of the Port Kaituma airstrip massacre that occurred shortly before the mass murder and suicide event that left over 900 people dead began at the nearby Jonestown compound in 1978 are speaking out about the tragedy in a new special.

Congresswoman Jackie Speier and Stephen Sung, who had been working as a sound man for NBC on the trip, recall how they were forced to huddle on an airstrip overnight on the verge of death after the plane they were supposed to leave on took off without them after nine men opened fire on the group.

Ron Javers, a reporter who was accompanying the delegation to Jonestown, was not shot in the exchange and able to spend the night at a nearby cafe, where soon after the attack he heard what Jones had planned for his followers.

‘Someone was saying, and I remember this, you know, “They’re killing them, man. They’re killing all the babies,”‘ revealed Javer in an interview that will air Friday on the Dateline NBC special Jonestown: An American Tragedy.

Jones had his followers take their own lives by ingesting gape Flavor Aid poisoned with cyanide and Valium. 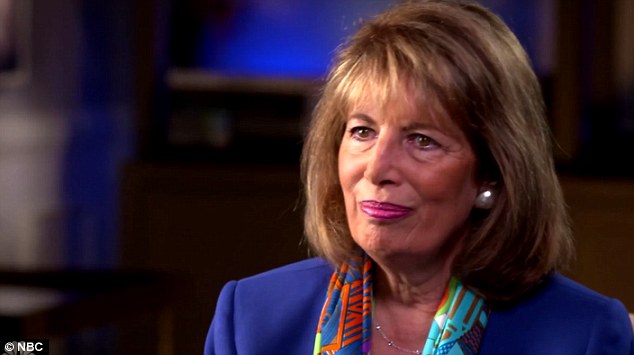 Lucky: ‘I should’ve died on that airstrip. I should have. But it was not part of the plan,’ said Jackie Speier, who was an aide to Ryan at the time. 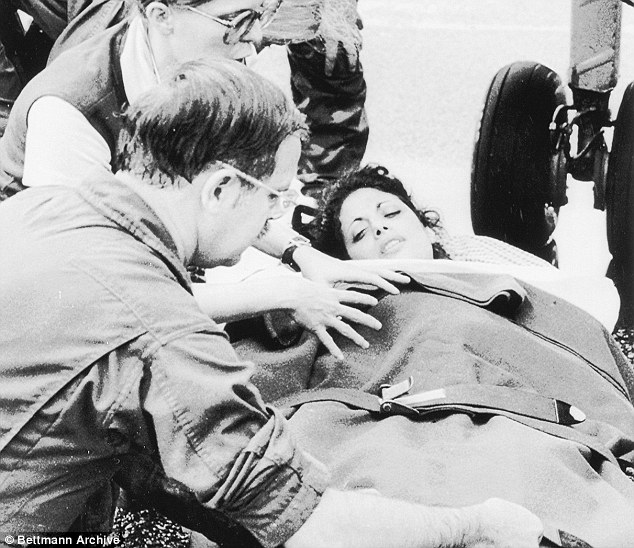 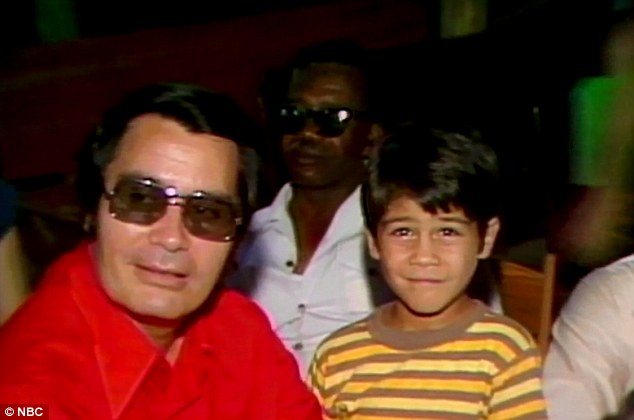 Terror: ‘Someone was saying, and I remember this, you know, “They’re killing them, man. They’re killing all the babies,”‘ revealed Javer (Jones above with a young follower)

The three survivors had all traveled down to South America as part of a delegation lead by Congressman Leo Ryan, who represented the California district where many Jonestown members had lived before joining Jim Jones in Guyana.

Ryan agreed to take the trip after a numbe rof concerned relatives and friends began to approach him with concern about the safety and well being of their loves ones.

He traveled down to Georgetown with a group of 18 people on November 14, and three days later was granted entrance to Jonestown.

Ryan spent time speaking with Jones and members and even spent the night at the settlement, with two individuals expressing a desire to leave Guyana and break free from Jones that first night.

That number quickly began to grow in the morning as the delegation prepared to leave, and in at least one case two parents found themselves at odds over whether to leave or stay with their child.

Almost immediately after Ryan left Jonestown a loyal member of the group tried unsuccessfully to attack him with a knife.

Then, when the group go tot he airfield, they were forced to wait for a second plane since there had been so many more defectors than they had anticipated at first.

It was while waiting that a group of nine armed men gathered and headed for the airstrip to attack and kill the group, who Jones believed responsible for tearing apart his cult. 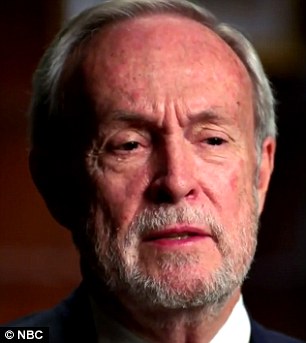 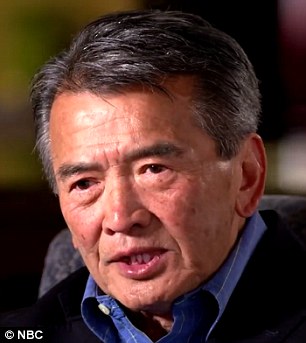 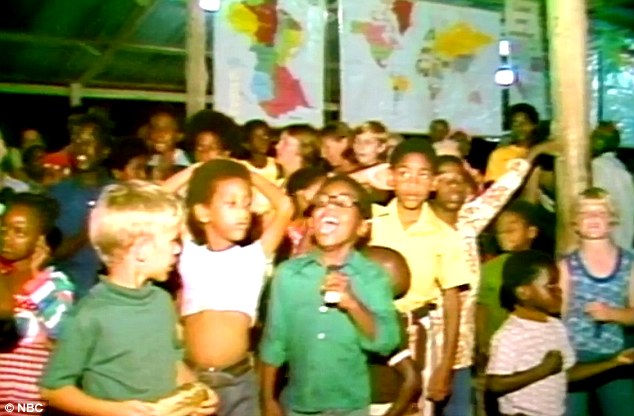 Innocent victims: Children are seen at Jonestown in a video shot shortly before the mass causality event 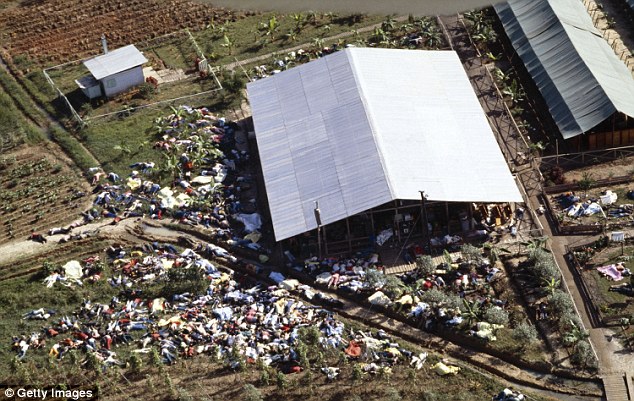 Unreal sight: Bodies are seen surrounding the structures at Jonestown after the poisoning took place 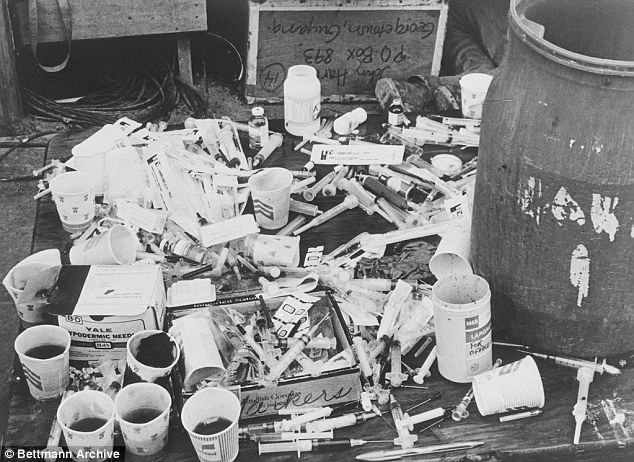 The syringes used to poison the children with grape Flavor Aid

Ryan was one of the five killed that night, along with NBC cameraman Bob Brown and Temple defector Patricia Parks.

Speier and Sung were lucky to have survived the attack, and the worst was yet to come.

After the gunmen left and the planes took off, the two found themselves alone on the airstrip and in danger of bleeding to death.

‘I should’ve died on that airstrip. I should have. But it was not part of the plan,’ said Speier, who was an aide to Ryan at the time.

Sung was experiencing similar problems due to his own injuries, saying that he was aided by Tim Reiterman, who despite being dear death himself helped Sung fashion  tourniquet with his shirt to stop the bleeding. 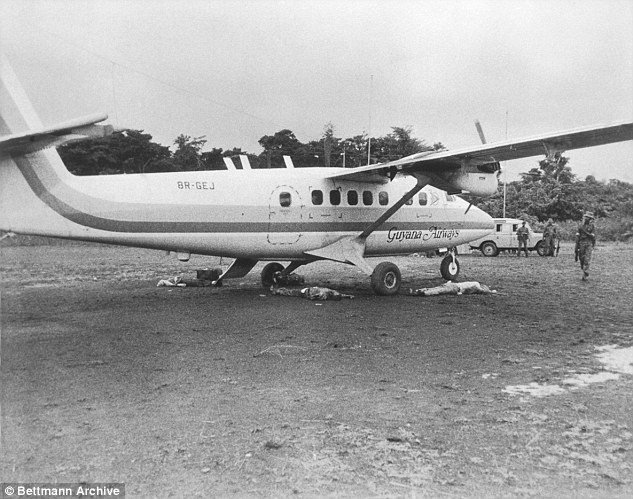 Scene: After the gunmen left and the planes took off, the victims found themselves alone on the airstrip and in danger of bleeding to death (seen above) 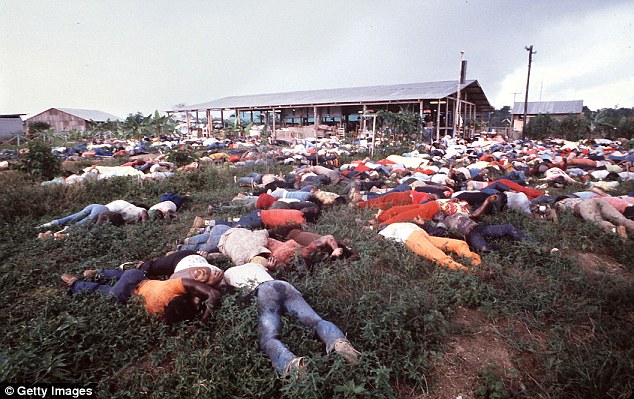 Gone: Over 900 people died as a result of the event at the insistence of Jones

It was Reiterman who had first exposed the horrors of Jonestown prior to the trip in stories detailing the beatings endured by members, some of whom were being kept on the compound against their own will.

The blood was not the only problem however, as the survivors were also in incredible pain.

‘Bob Flick came a number of times, during the night, and brought me Guyanese rum to take,’ notes Speier of how the NBC newsman helped her cope with the pain.

She also says that she ‘was forever grateful to him for doing that.’

The one-hour broadcast on the Jonestown massacre, the largest mass murder-suicide in modern history will air Friday at 10 p.m. ET/PT, 9 p.m. CT.

It features a comprehensive, in-depth look at the journalists who exposed the dangers of cult leader Reverend Jim Jones, and includes rarely seen footage from their mission to report on Jones’ compound in Guyana.