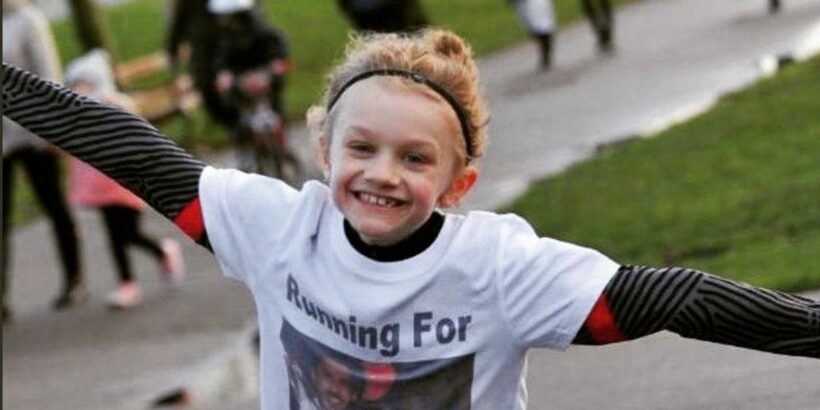 The tragic Liverpool fan struck by lightning secretly left sweets and chocolates on police cars to cheer up officers during lockdown, it has emerged.

Heartwarming stories continue to flood in about nine-year-old Jordan Banks, who died after being struck by lightning on a football pitch in Blackpool, Lancashire, on Tuesday.

Now Lancashire Police have paid their respects to the schoolboy as they revealed the lengths he went to in an effort to spread goodwill during the coronavirus pandemic.

The force wrote on Facebook: "Today we would like to pay tribute to the compassionate and thoughtful little boy he was.

"Back in January when the country was in lockdown, Jordan was secretly leaving sweets and chocolates on police cars in Blackpool to cheer up our police officers.

"We are eternally grateful to him for the care he showed us during challenging times throughout the Coronavirus pandemic.

"Jordan's actions touched the hearts of our officers and we will always remember his kindness. He also raised money for mental health charities and counselling in the community.

"A true angel taken too soon, may he rest in peace."

Jordan died after being struck by lightning just after 5pm on Tuesday evening. Emergency services attended the scene and the nine-year-old was taken to hospital, but he died shortly afterwards.

Tributes have flooded in for Jordan, including from the Liverpool players. Jordan was a huge Reds fan.

They wore t-shirts with his name on the back in the pre-match warm-up before the victory against Manchester United and afterwards dedicated the win to him.

It also emerged that Jordan will save three lives after his dad Matt Banks revealed his son was on the organ donor register.

In a post on Facebook, the devastated dad said his "kindness has meant that 3 other children may be able to live".

He added: "He always told us he wanted to be able to help other people if he could so was a donor and has donated which we know will be what he wanted.

"If I ever could of asked for a perfect child that was Jordan.

Alongside his post, Mr Banks shared a number of pictures of his son.

Jordan's friends have also paid tribute to him with flowers and gifts left at the scene of the heartbreaking incident.

His best pal, CJ Campbell, told Sky News: "I started crying straight away as soon as I heard (the news) because he is my very best friend in my class at school.

"I was so shocked, you wouldn't expect to hear that news."