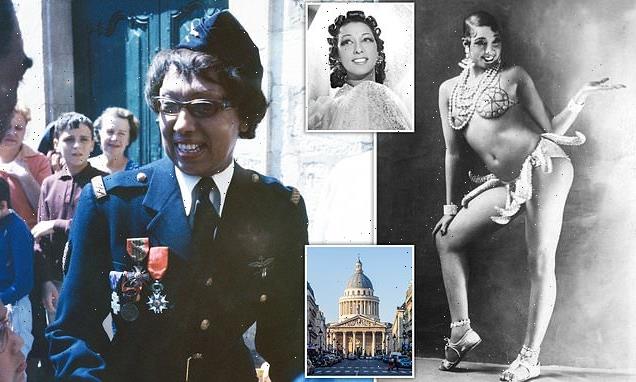 The remains of American-born singer and dancer Josephine Baker will be reinterred at the Pantheon monument in Paris, making the entertainer the first black woman to receive the country’s highest honour.

French President Emmanuel Macron is organising a ceremony on November 30 at the Paris monument, which houses the remains of scientist Marie Curie, philosopher Voltaire, writer Victor Hugo and other French luminaries.

Baker was buried in Monaco following her death in 1975, dressed in a French military uniform with the medals she received for her role as part of the French Resistance during the Second World War.

She will be the fifth woman to be honoured with a Pantheon burial, and the first artist. The monument also holds the remains of 72 men. 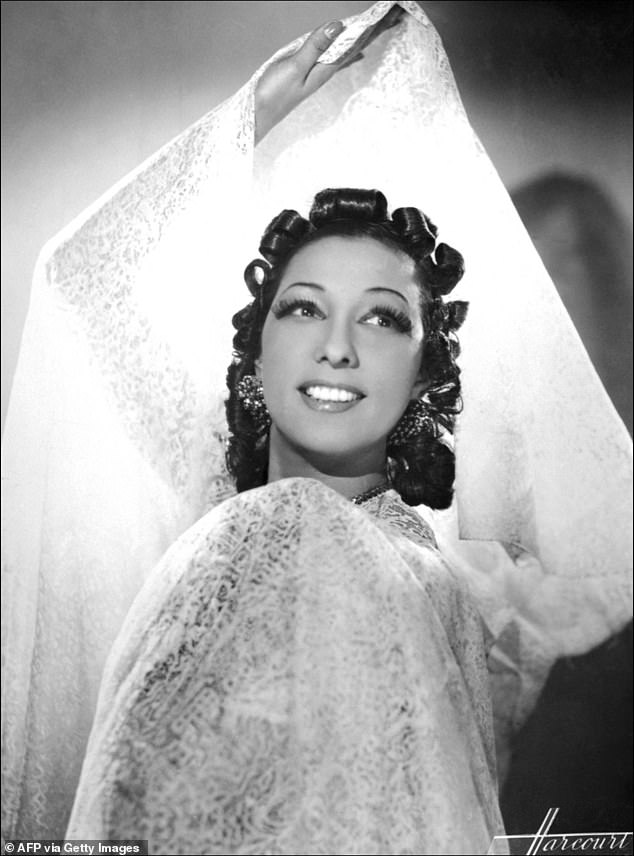 Baker first achieved fame in France in the 20s, before becoming a true global sensation in the years before WWII 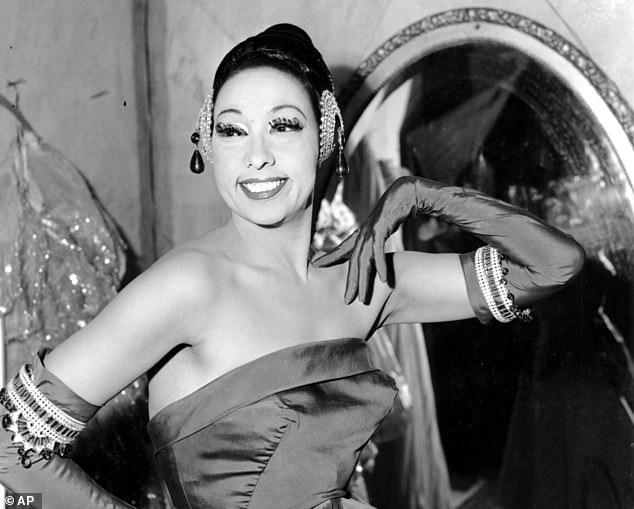 Baker poses in her dressing room at the Strand Theater in New York City, USA. She left America for France in the 1920s to escape racism, but returned years later to perform in theatres across the country 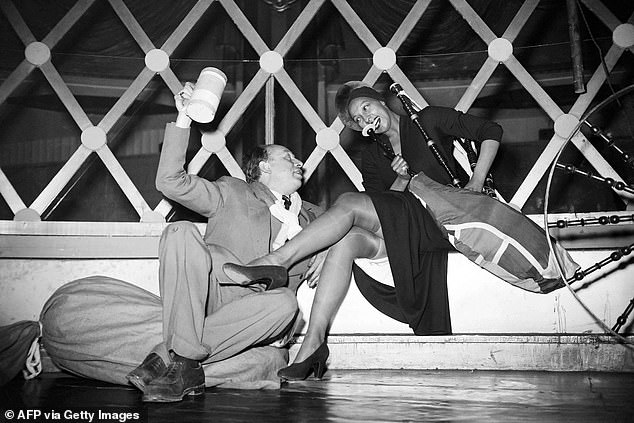 Baker pictured in 1949 with director and costume designer Michel Gyarmathy at the Folies Bergère in Paris, an historic cabaret venue where she performed regularly 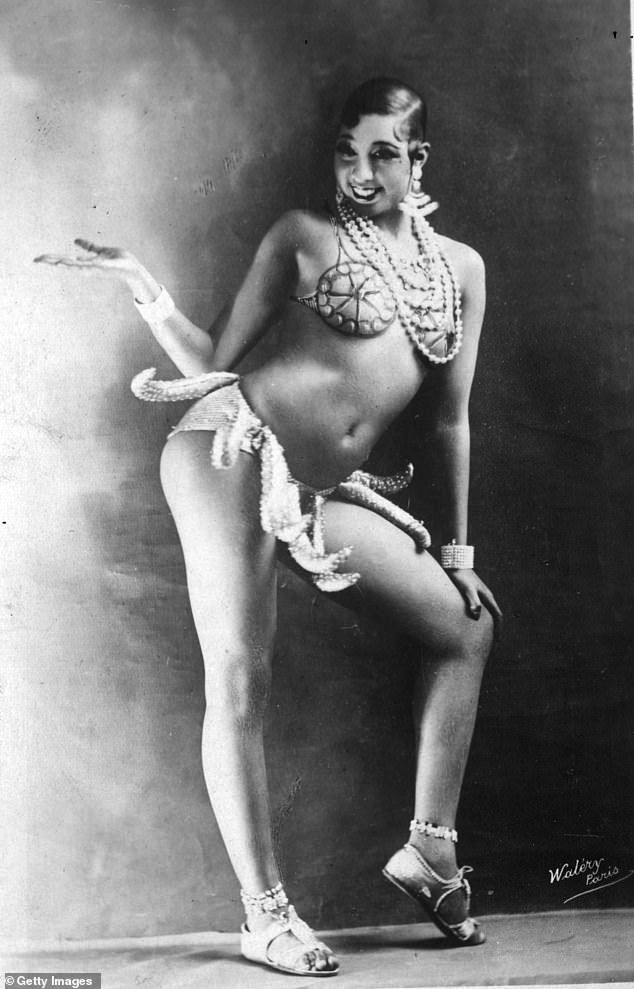 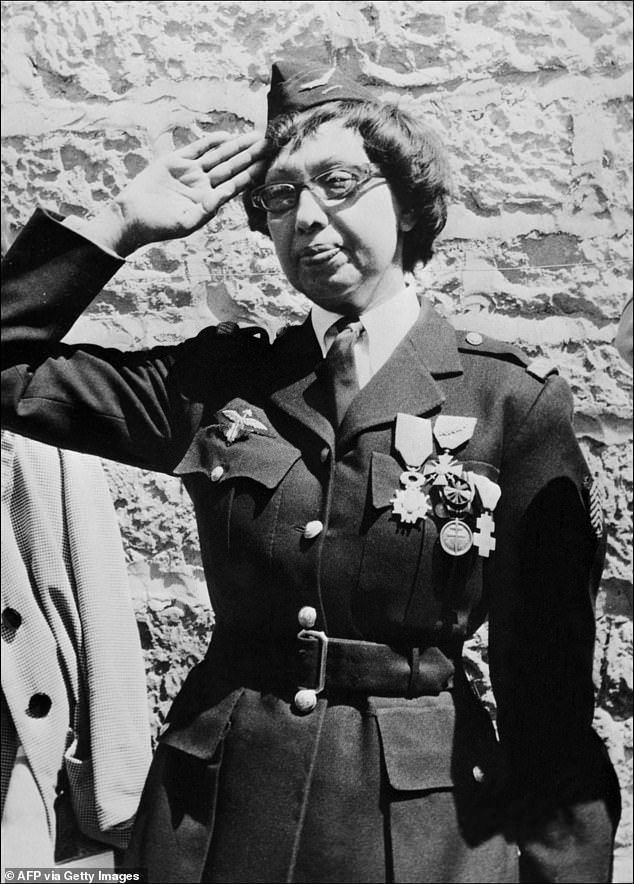 Baker salutes after receiving the Legion of Honor and the Croix de Guerre in 1961. Baker was a member of the French Resistance during WWII and used her international fame to carry messages across borders and obtained information from high-ranking German officials at parties

Born in St Louis, Missouri in 1906, she first gained fame in the late 1920s and early 1930s, especially in France where she moved in 1925 as she sought to flee racism and segregation in the US.

Baker quickly became famous for her dance routines and wowed audiences at the Theatre des Champs-Elysees and later at the Folies Bergère in Paris, becoming one of the most recognisable cabaret performers of her generation.

She was also the first Black woman to star in a major motion picture, the 1927 silent film ‘Siren of the Tropics’.

Baker later became a French citizen after her marriage to industrialist Jean Lion in 1937, and joined the French Resistance during the Second World War.

Baker operated for the the Resistance for years collecting information from German officials she met at parties and carrying important messages hidden in her underwear to England and other countries.

She also carried sheet music on which Resistance leaders wrote messages in invisible ink, but was able to transport the music unhindered thanks to her star status and global fanbase.

After the war she received a host of honours for her service to allied forces including the prestigious Croix de Guerre and Rosette de la Résistance, before Charles de Gaulle made her a Chevalier of the Légion d’honneur – one of the highest French orders of merit.

Throughout the 50s, Baker returned to the US to perform, but insisted on performing to mixed crowds and on many occasions refused to go on stage at venues where audiences were segregated.

A prominent civil rights activist, she also gave a number of talks at US colleges, particularly in the south, speaking out against racism and promoting equal rights, and famously announced she was unafraid of the Klu Klux Klan, from whom she reportedly received death threats.

Perhaps her most notable moment as a civil rights activist came in 1963 in the March on Washington for Jobs and Freedom, where she was the only woman officially invited to deliver a speech alongside the Reverend Martin Luther King Jr, who made his famous I Have A Dream speech. 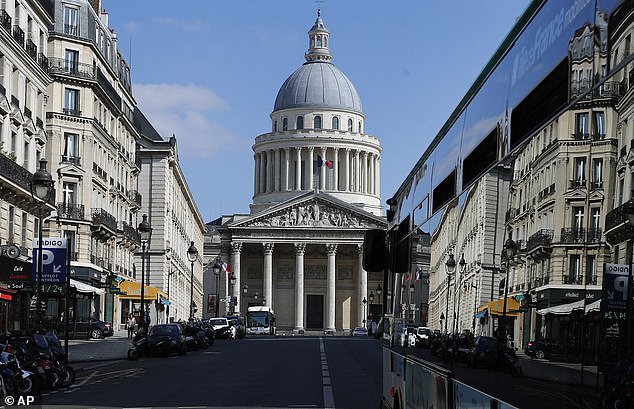 Baker will be buried on reinterred at the Pantheon in Paris on November 30, 2021, one of the highest posthumous honours in France 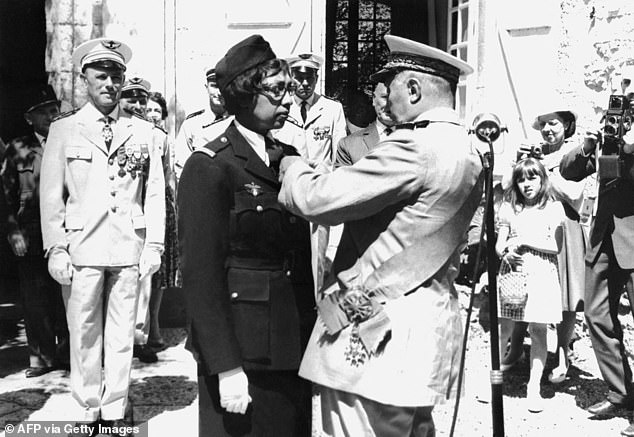 Baker receiving the Croix de Guerre at Milandes Castle in 1961

Though she herself never raised a child of her own – she gave birth once in 1941, stillborn – Baker wanted to prove that ‘children of different ethnicities and religions could still be brothers’, and raised kids from Morocco, Korea, Japan, Colombian, Finland, Algeria, Ivory Coast and Venezuela.

Baker converted to Catholicism in 1968 and continued to perform, albeit much less frequently. She developed friendships with many prominent figures including Prince Rainier of Monaco and Grace Kelly, who housed Baker at an apartment in Roquebrune near Monaco where she spent much of her final years.

She died, aged 68, on 12 April 1975 after suffering a cerebral hemorrhage, and received a full Catholic funeral before being interred at Monaco’s Cimitière de Monaco.

She left behind an incredible legacy and received a host of honours and awards commemorating her life. She has several public monuments, landmarks and buildings named after her in both France and the US, and she was inducted into the the Hall of Famous Missourians and the Legacy Walk in Chicago.