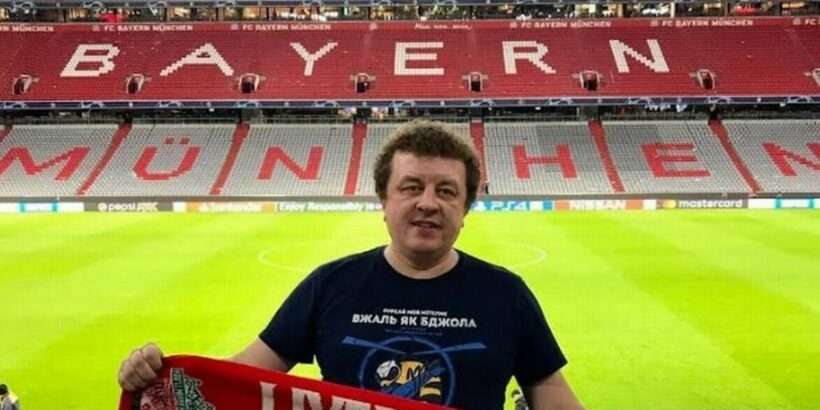 A journalist facing 15 years in prison on a charge of high treason is singing the lyrics of Liverpool FC anthem ‘You’ll Never Walk Alone’ every day to help him stay positive.

Andrei Aliaksandrau was held in his home country of Belarus at the start of this year.

He is accused of financing the protests that have left the country in turmoil after President Alexander Lukashenko seized power in an election marred by fraud, reports the Daily Record.

The Reds fan denies the accusation and says he is “shocked” at the claims.

Throughout Andrei’s career, he worked for the London-based Index on Censorship to campaign for freedom of expression.

His mates say the massive Liverpool fan has been singing the famous Liverpool chant to himself in his prison cell to keep his spirits up.

Former Index on Censorship editor-in-chief Rachael Jolley described Andrei as the sort of person who puts his “life and soul” into raising awareness of what is really going on in Belarus.

She said: “He feels really strongly about media freedom and feels the world doesn’t pay enough attention to what is going on there.

“He worked so hard to bring stories out of Belarus when most journalists would be too worried to cover them. He keeps covering stories when others have given up.”

Andrei is known for his love of football and British pubs.

He was a regular at the Betsey Trotwood pub in London and has a passion for a good malt whisky.

A colleague, Natasha Schmidt, spoke fondly of him and said: “He was very easy to spend time with and has a great sense of humour.

“He was a good person to have around, he was so relaxed and would have a laugh and ease any tension in office politics.”

Local news sites say the first charge against Andrei would not let him to be held in custody without a trial for more than six months, meaning that he should have been released last month were it not for the latest charge of high treason.

Make sure you don't miss out on any Daily Star news by signing up to one of our newsletters here.