Now the party REALLY starts! Jubilant fans celebrate England’s epic 2-0 victory over Sweden as they cheer Three Lions into the semi-final in pubs, squares and beaches across the country

Delighted fans were cheering, singing and jumping around while dousing one another in beer as they celebrated the goals.

They had queued up for four hours outside pubs in boiling heat to watch the Three Lions take on Sweden in their quarter final clash. 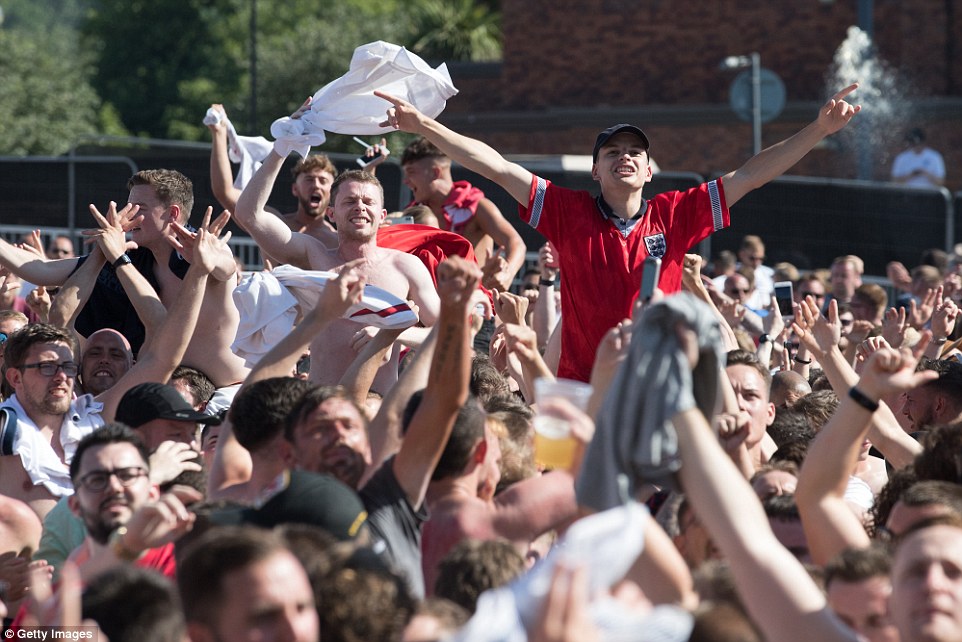 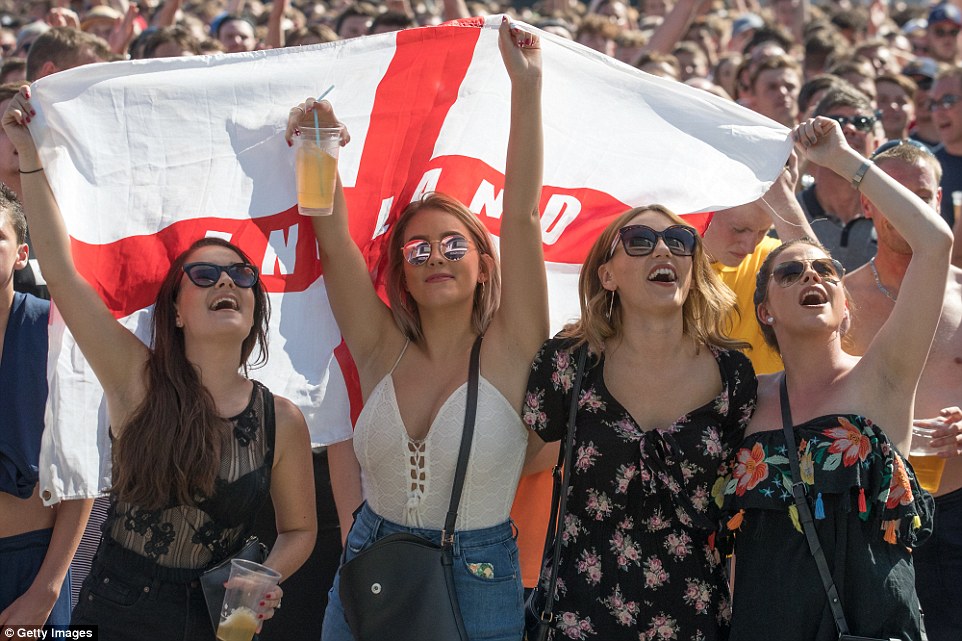 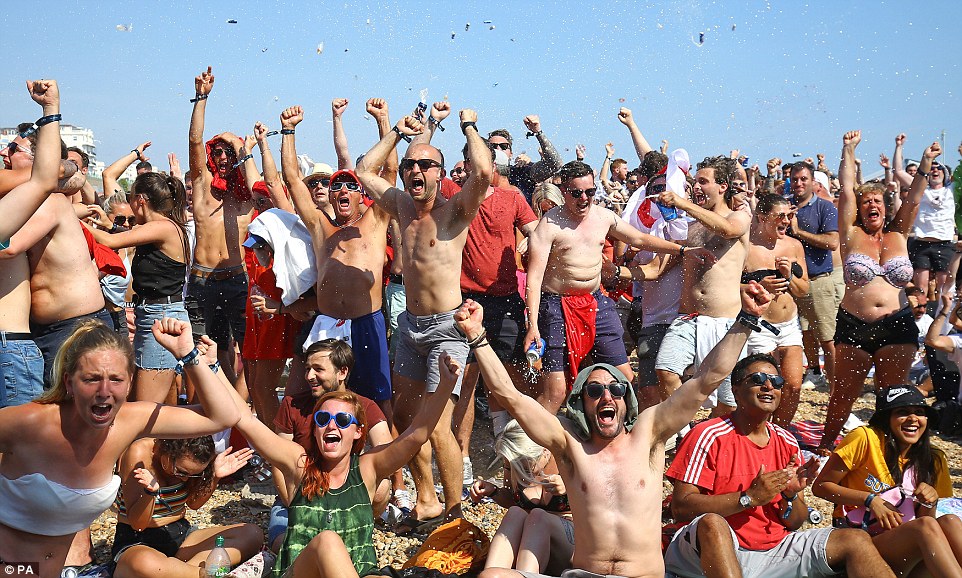 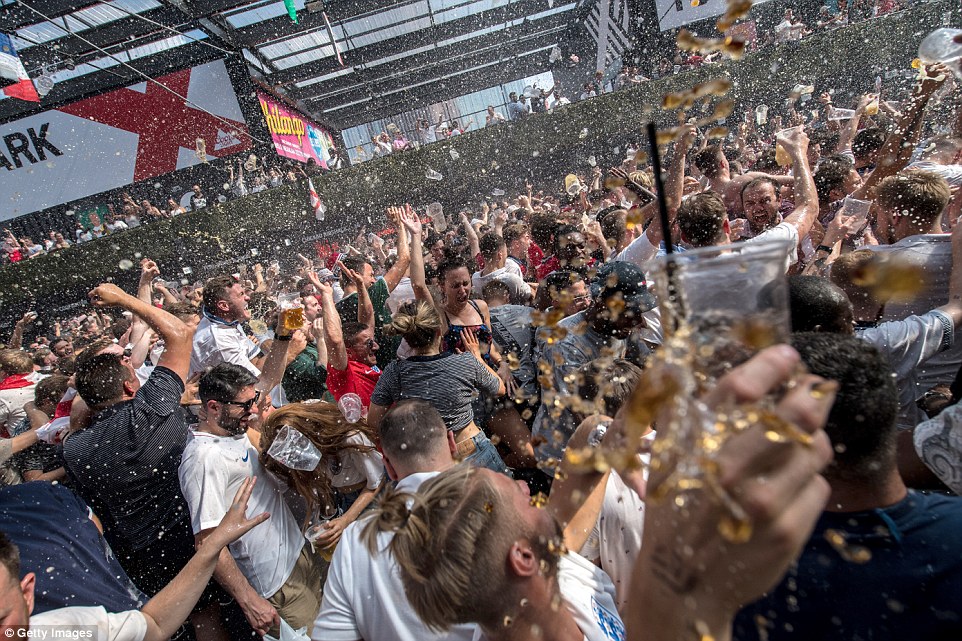 Pandemonium erupted at the Croydon Boxpark when England claimed victory, with beer thrown everywhere in celebration 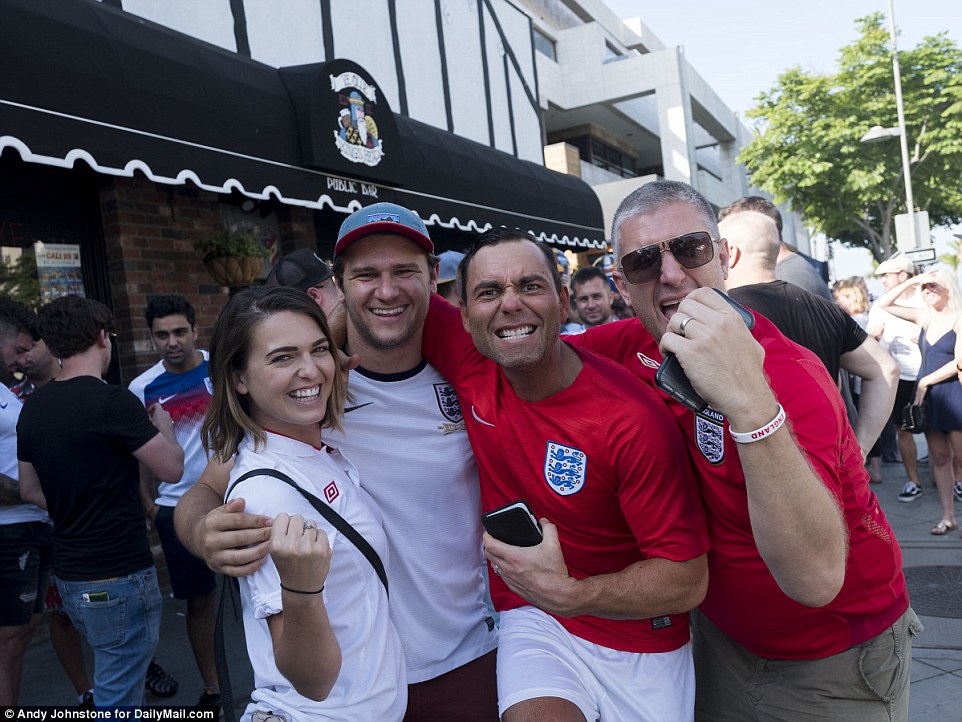 Englanders abroad also got in on the action as these four fans watched the game at Ye Olde Kings Head pub in Santa Monica, California 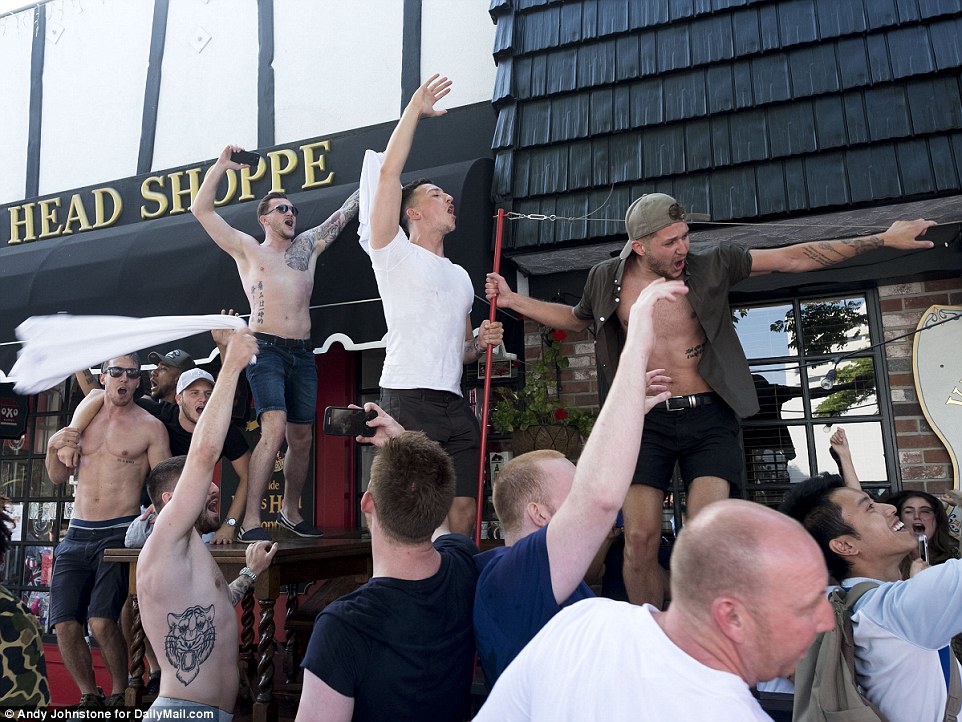 Some of their countrymen got very excited, stripping off their shirts and waving them about as they stood on top of furniture in jubilation

Today’s match at the Samara Arena brought the country to a standstill as a 32 million viewers were expected to tune in, making it the biggest TV audience in living memory.

Fervent football fans were pictured standing outside pubs in London as early as 10am this morning in sizzling 91.5F (33C) heat to secure a space inside.

In Birmingham, fans took a seat on the canalside ahead of the game and sipped on pints in the sun. 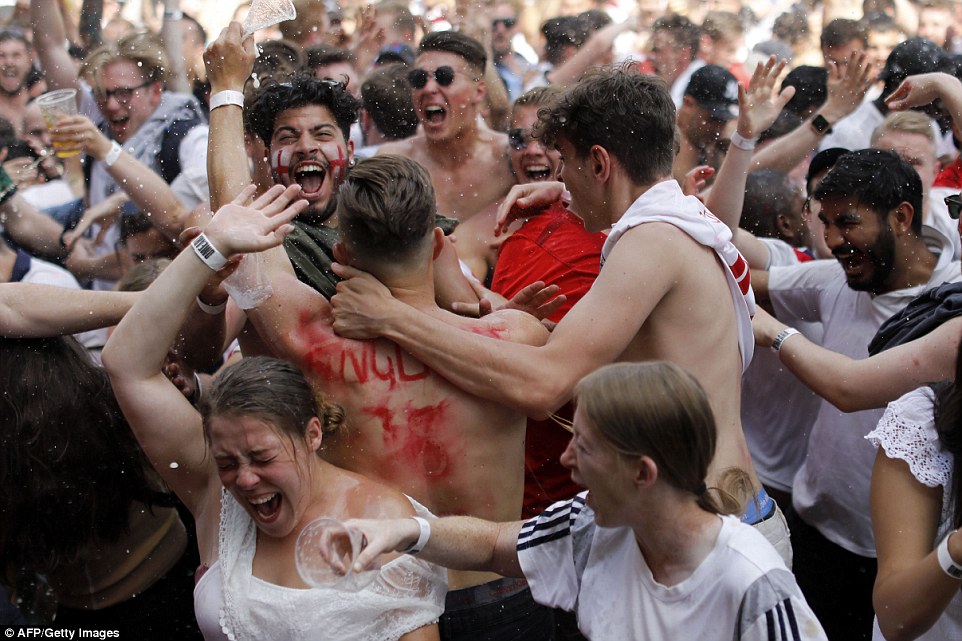