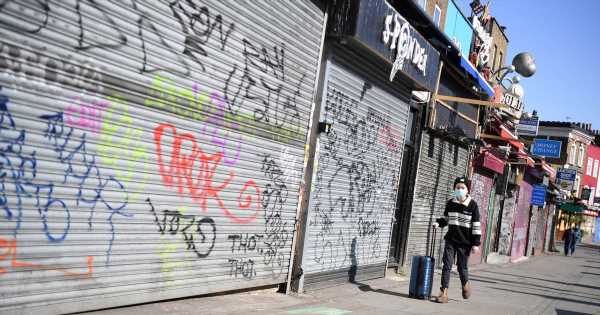 Boris Johnson has been urged to stick to the June lockdown release date – despite pressure to delay until early July.

The end of the third and final Covid lockdown was scheduled for June 21 – which would see legal limits on social contact, social gatherings, weddings, and funerals were set to be lifted and nightclubs reopening.

However, the Sun has revealed that contingency plans "worked up" in Whitehall include delaying the final step of the roadmap into July.

The news comes following concerns in rising cases of the Indian variant of coronavirus which is rampantly spreading across the UK.

Last week, government advisors involved in analysing testing data told The Times: "If I was to call it now, I’d say step four is highly likely to be delayed."

Now, there have been more than 6,000 new cases of the virus confirmed across the UK with hospital data showing 278 patients attending A&E with the Indian Variant.

Public Health England has reported a third were admitted overnight for medical assistance.

Professor Neil Ferguson warned the Indian variant could yet be 100 times more transmissible than other strains.

Despite the figures, PM Boris Johnson is holding firm on the date, claiming the evidence was currently "ambiguous", as case levels soared to their highest rate since March.

Ministers fear June will be too soon to "definitively" prove that the jab has broken the link between case rates and people getting hospitalised.

However, the PM is also being urged to stick to the June 21 deadline for the sake of the hospitality sector and football matches.

1966 World Cup-winning footballer, George Cohen, 81, said: "Boris has to stick with June 21- our boys need those England fans in the pubs and in the stadiums.

"It gave us such a boost in '66 and it'll give them a huge boost again. What’s the point of home advantage if our fans can’t roar us to the final."