Trash or treasure? Junk found in historic New York tenement gives fascinating insight into the lives of the immigrant families from around the world who settled in the city

These pictures give a fascinating insight into the history of New York City through its forgotten rubbish.

The trash includes an old bagel, a love letter and old medicine boxes and are among more than 6,000 items found in the city and restored by the Tenement Museum.

Most of the rubbish was found in one home thought to have housed thousands of immigrants during the 1930s. 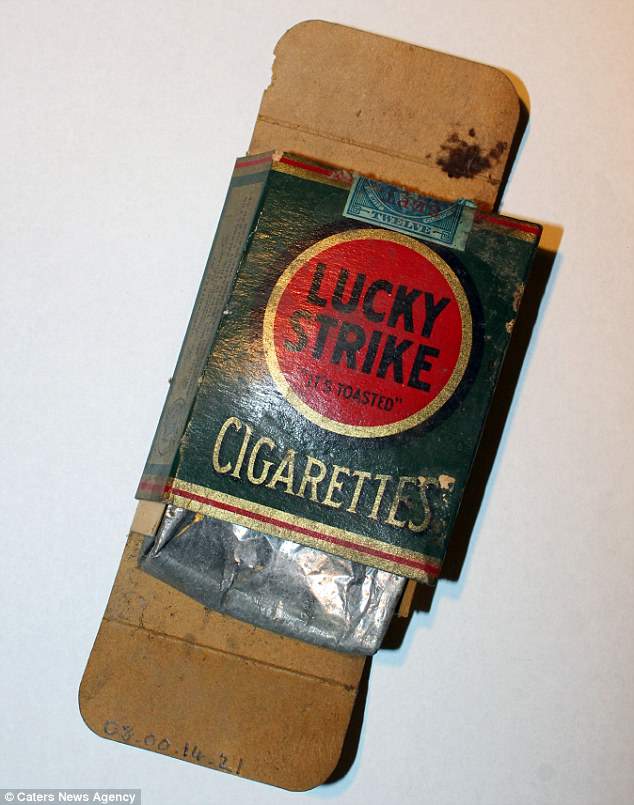 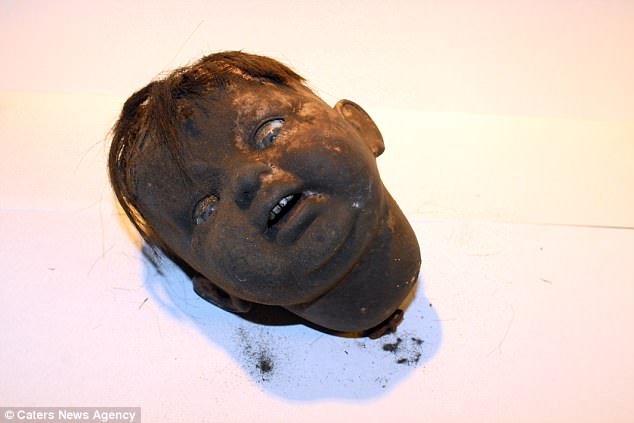 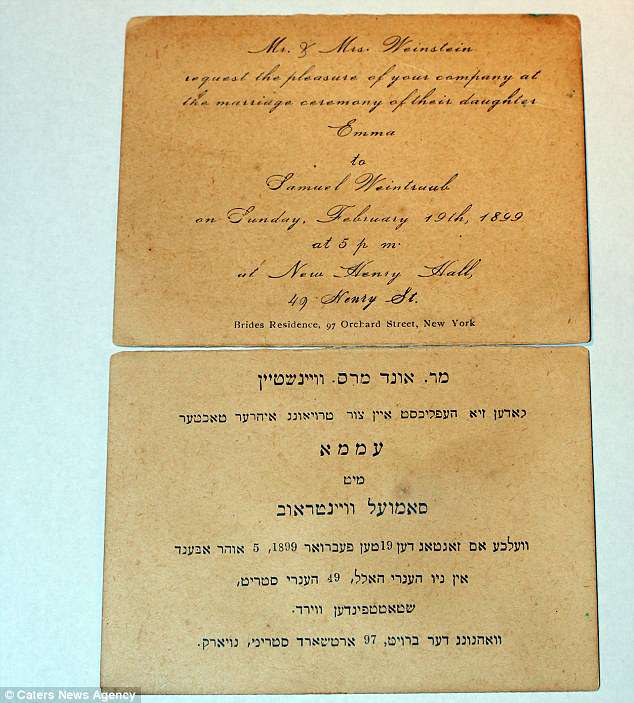 A wedding invitation from 1899 which was donated to the museum by Leon Weintraub and Ada Finifter, the grandchildren of Emma Weinstein and Samuel Weintraub

Historians also found tins of aspirin, a doll’s head and a library notice.

The museum tells the stories of immigrants lived in Manhattan’s Lower East Side between the 19th and 21st centuries.

It has recreated apartment and businesses of real families in two historic tenement buildings.

According to the Atlas Obscura website, the trash in the archive turned up when the museum worked to stabilize the floors, ceilings and staircases of 97 Orchard Street.

The five-story, multi-family building went up in 1863 until 1935, when the owner decided to board it up rather than continue to maintain it.

Tens of millions of immigrants landed in New York City, and the museum estimates that roughly 7,000 of them passed through 97 Orchard. 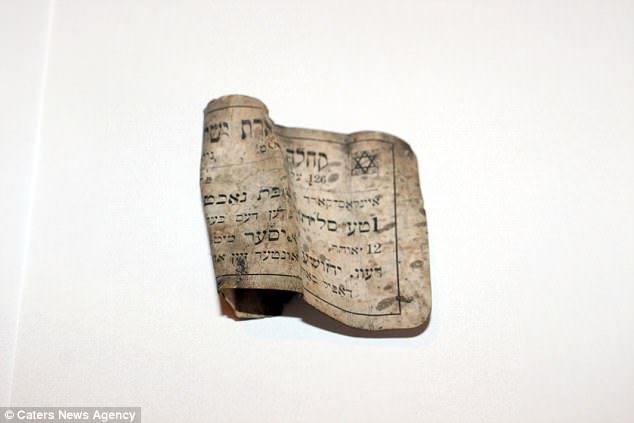 A ticket written in Yiddish for services at 126 Allen Street starting at 12 midnight on 20th September. It advertises a famous cantor Joshua Weiser with a choir. The ticket was found in the floorboards of Apartment 7  when completing treatment on the ceiling below 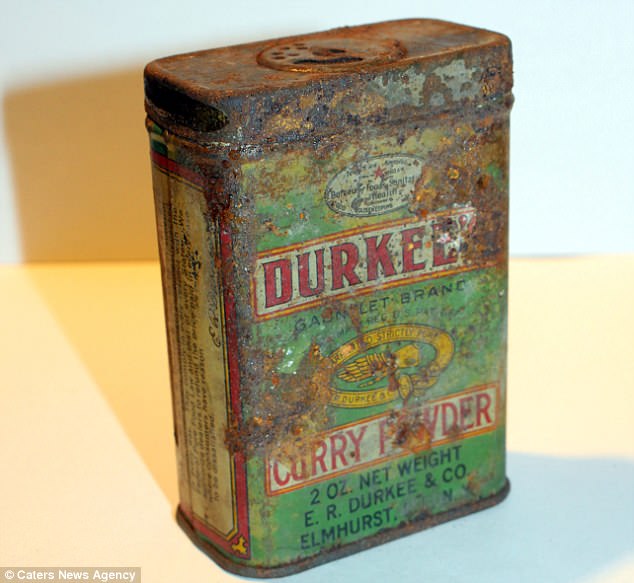 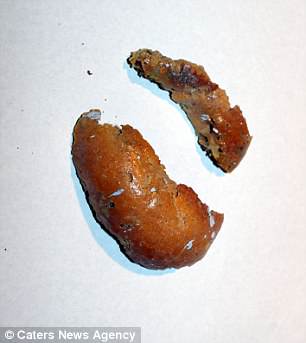 A love letter found among the trash. The tenement housed people from 1863 to 1935 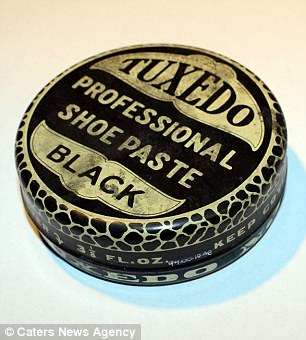 A library notice for the New York Public Library. Some 7000 people lived in the apartments at 97 Orchard Street until they were boarded up by the owner Aspirin tins found in the south side of the first floor air shaft. They are among the 6000 items found and restored by the museum

The tenants came from all over Europe, initially from Germany, Russia, and Eastern Europe, and later Turkey, Greece, Spain, and Italy.

People lived in the building until 1935, when the owner decided to board the apartments up rather than continue to update and maintain them.

Shopkeepers continued their business at street-level storefronts for decades after the apartment were vacated as new migrants from China and Puerto Rico arrived in the neighbourhood.

The museum’s cofounders began leasing the building in 1988, and had purchased it by the time the first exhibition opened to the public in the mid-1990s.