GRIMSBY, England (Reuters) – Prime Minister Theresa May urged the European Union on Friday to make “just one more push” to break the Brexit deadlock but proposals from the bloc’s chief negotiator fell short of anything that would win over the British parliament. 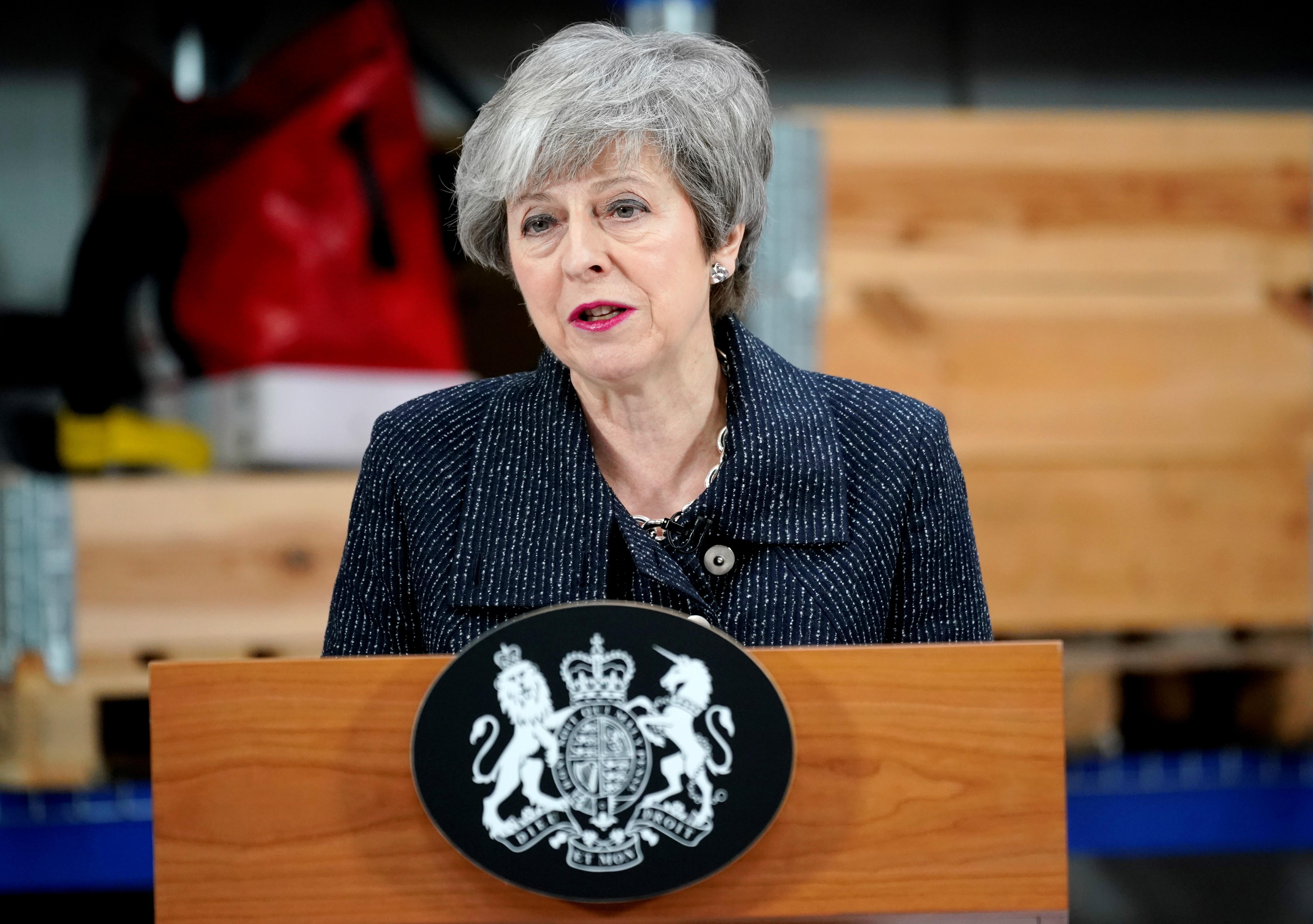 Three weeks before Britain is due to leave the EU, May has failed so far to secure the changes to her divorce deal that she believes would gain the support of lawmakers, who handed the government a defeat of record proportions in January.

At the heart of the dispute is the so-called Northern Irish backstop, an insurance policy to prevent a return of border controls between the British province and EU member Ireland that Britain wants to change to ease fears in parliament.

But that dispute looked far from being resolved after EU chief negotiator Michel Barnier’s proposals were dismissed as a return to “old ideas” already rejected in talks.

A government source summed up the feeling in London by saying it was “not impressed”.

With no changes to offer parliament, May looks set to lose her second attempt on Tuesday to get lawmakers’ approval of her deal and smooth Britain’s exit from the EU, the country’s biggest shift in trade and foreign policy in more than 40 years.

In a last-ditch appeal to the EU and to lawmakers at home, May said in a speech on Friday it was time to end the uncertainty over Brexit by approving the deal. Otherwise, Britain faced a “moment of crisis”.

The Brexit effort “needs just one more push to address the final, specific concerns of our parliament,” she said in the northern English port of Grimsby, where 70 percent voted to leave the EU in the 2016 referendum.

“So let’s not hold back. Let’s do what is necessary for MPs (members of parliament) to back the deal on Tuesday.”

After she spoke, Barnier announced he was ready to give Britain the unilateral right to leave the EU customs union.

But he said London would need to honor its commitment to keep the Irish border free of controls, potentially leaving Northern Ireland subject to EU rules, with a “border” in the Irish Sea between Northern Ireland and the island of Britain.

That requirement has been rejected previously by London and would be particularly unpalatable to Northern Ireland’s Democratic Unionist Party, which props up May’s government in parliament and opposes any proposals for Northern Ireland to have different rules from the rest of the United Kingdom.

Stephen Barclay, Britain’s Brexit minister, said it was “not the time to rerun old arguments. The UK has put forward clear new proposals. We now need to agree a balanced solution that can work for both sides”.

The DUP was equally unimpressed, with Nigel Dodds, its deputy leader, calling the proposal “neither realistic nor sensible”.

But despite the war of words, both sides say talks are continuing over the weekend, just days before May will face parliament once again after resoundingly losing the first vote in parliament on Jan. 15.

In Grimsby, she again said that if lawmakers wanted to end the uncertainty that has forced many businesses to put off investment decisions, they should vote for her deal and move on.

Otherwise, she said, Brexit might never happen and voters would be betrayed. Or, she added, Britain could leave without a deal to soften the shock, a nightmare scenario for many companies.

Those arguments largely restated her well-worn line and have yet to convince lawmakers, especially eurosceptics who say her agreement does not offer a clean break with the EU, as well as EU supporters who want to maintain closer ties.

Britons voted 52-48 percent in 2016 to leave the EU and the country remains deeply polarized over the move.

Jeremy Corbyn, leader of the main opposition Labour Party, said the appeal was “more like a sign of desperation”.

“These are very serious times. We don’t need any more delays and dithering by the government,” he told Sky News. “They’ve got to recognize her deal isn’t going to work, it doesn’t get support, and will not get through parliament.”

It was the first time that May had turned directly to the EU, showing signs of frustration that talks to secure changes to the backstop this week had as yet produced no breakthrough.

That frustration was matched on the EU side. Irish Prime Minister Leo Varadkar said the British, not the EU, had to compromise, and the decision to leave the bloc had been “a problem of their own creation”.

One EU diplomat said May was preparing the ground for “a blame game” if she loses the vote on Tuesday.

If that happens, lawmakers will be able to vote on Wednesday and Thursday on whether they want to leave the bloc without a deal, or ask for a delay to Brexit beyond March 29 – all but wresting control of Brexit from the government. 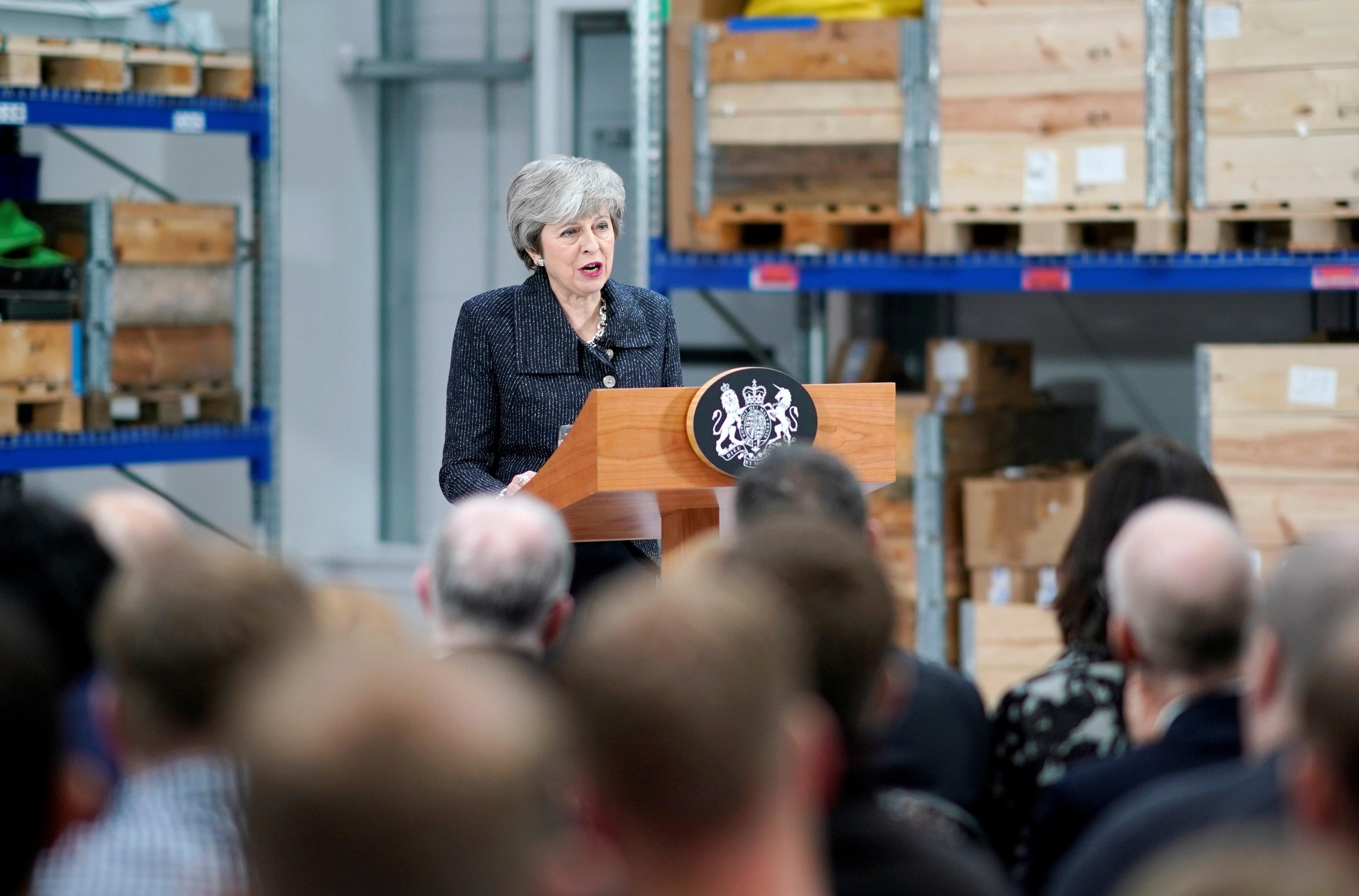 In a last-minute flurry of diplomatic activity, May was due to speak to EU leaders by telephone over the weekend and a European Commission spokesman said “intensive work” was going on between London and Brussels.

And foreign minister Jeremy Hunt held out some hope that a deal was “entirely possible” in time for the vote.