I USED to drive around Kabul in a battered old Volkswagen Beetle with my pet dog Sherard riding shotgun.

This wasn’t in the city’s hippy heyday, when flower power travellers flocked to the Hindu Kush mountains to sample Afghanistan’s legendary marijuana and Afghan students wore miniskirts at Kabul University. 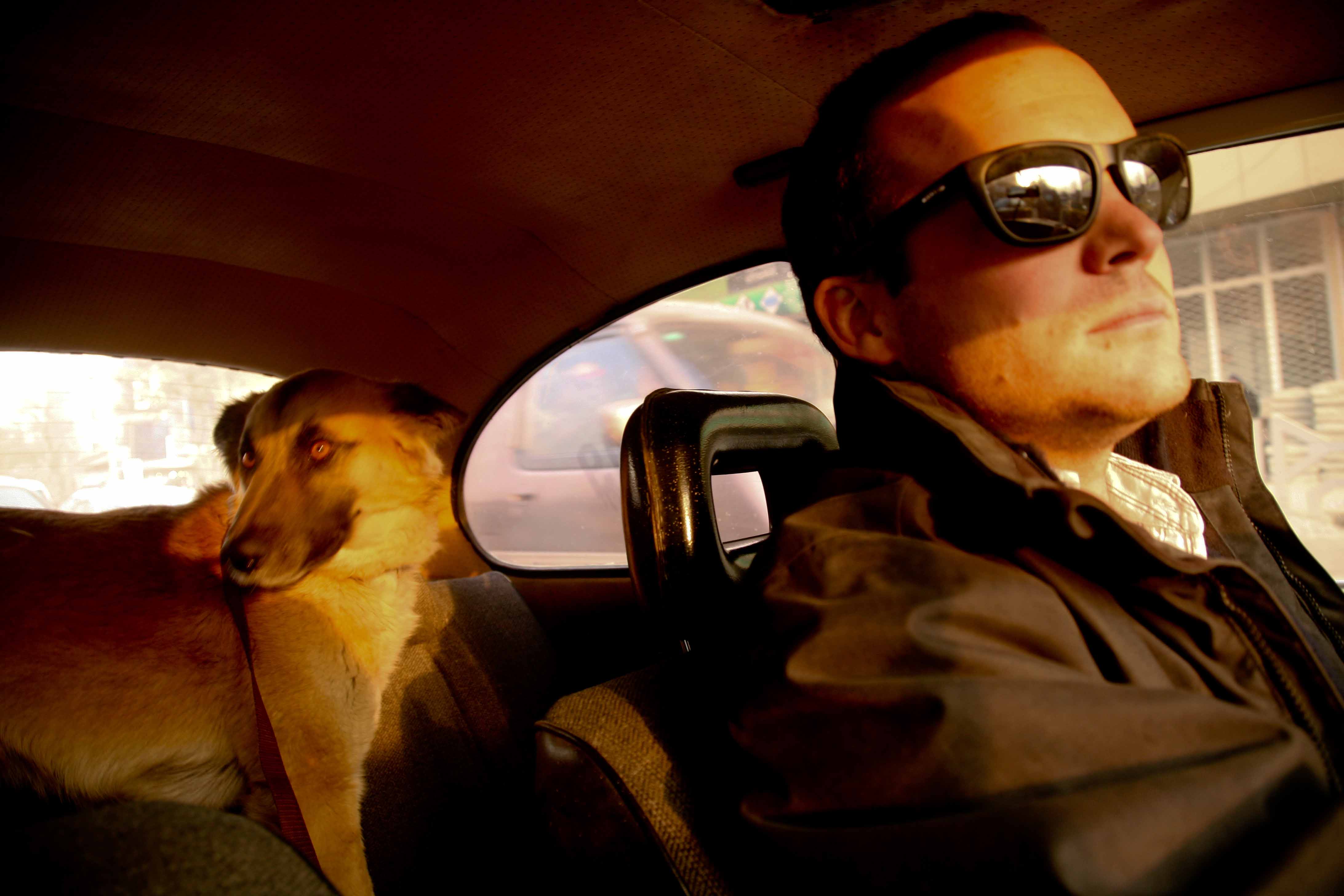 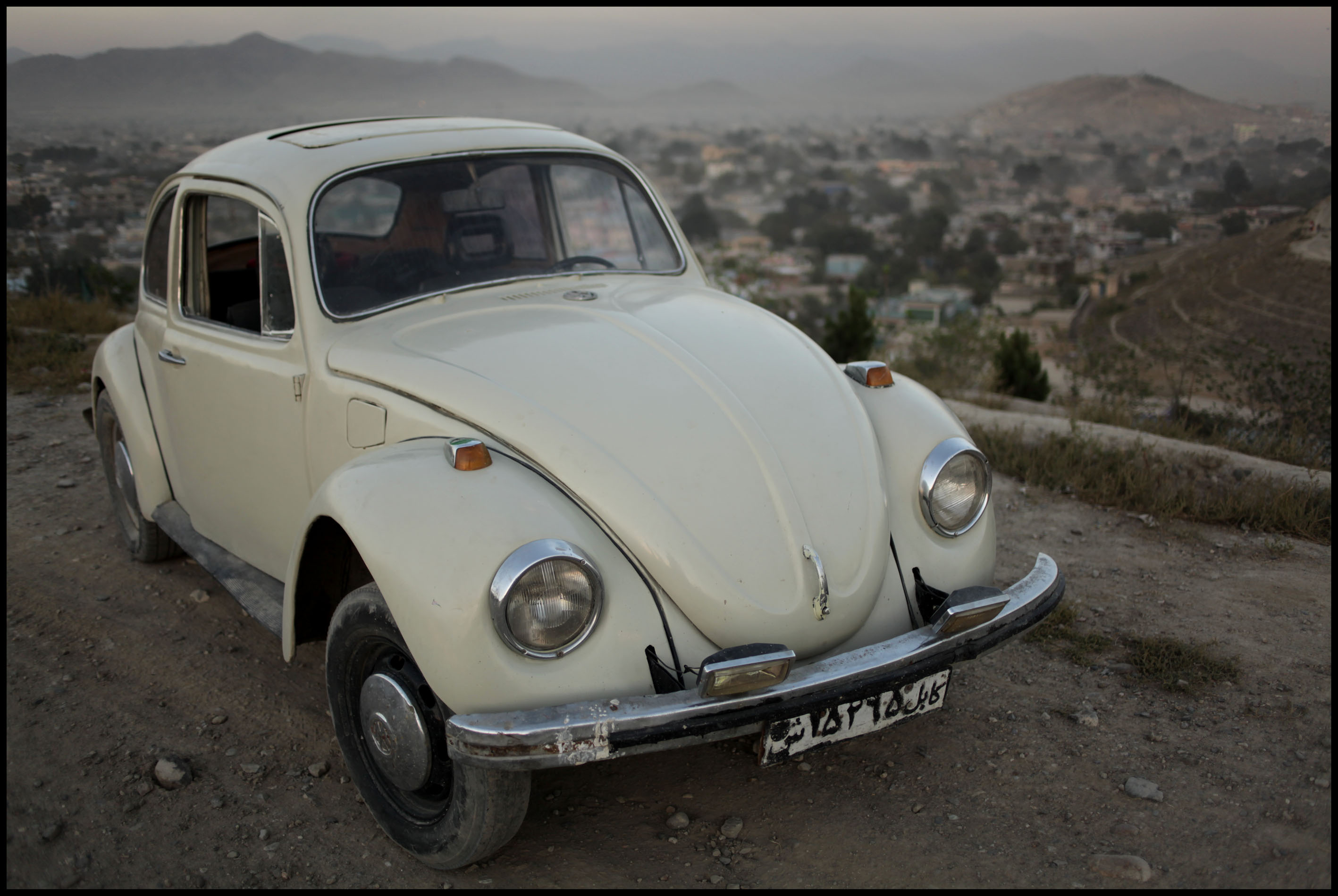 It was just a decade ago when I spent five years in the Afghan capital, when the US military surge was at its peak.

One of my favourite drives took me through a narrow gap between two hills cluttered with mud houses and past the parliament building to a mixed boarding school where I taught the occasional English class.

I didn’t want to teach at first but I was talked into it by a young boy called Najib who had lost an eye in a rocket attack that killed his younger brother Hamid.

No matter how bad the news that day, how many people had been killed or injured, how many millions squandered on corrupt officials and bonkers development projects, Najib and his classmates were unfailingly uplifting.

They were the green shoots of hope. A whole new generation of boys and – crucially – girls, whose school attendance was either limited or banned under the Taliban.

Their hunger to learn was insatiable. They didn’t need to be told to go to school. They were desperate for all the education they could get.

And despite being a cynical hack, I remember being inspired by the mixed classes of boys and girls, thinking ‘Here is the future of Afghanistan’.

Now that future is on the block.

Najib is one of the lucky ones. He got out on a scholarship and hasn’t been back for a decade.

But anyone left with links to the West is living in fear of a knock at the door and a deadly Taliban reprisal. I dare not even mention anyone’s name who I know in the country for that reason.

We lost all leverage over the insurgents the minute we tucked tail and ran. The Taliban are doing as they please.

The best we can hope for is that somehow moderates prevail, but as soldiers are fond of saying. “hope is not a strategy”.

The Taliban have promised that girls’ can go to school, for now, but asked if women will be stoned for adultery or if thieves will face amputations their spokesman insisted those decisions that could only be made by a Sharia judge.

One women I spoke to sobbed down the phone: “The dark days are coming again”.

Some will say that this was inevitable. Afghanistan is infamously the “graveyard of empires”.

The Brits should have learnt their lesson in 1842 when 14,000 people were slaughtered in the freezing passes on the retreat from Kabul.

We lost three Anglo-Afghan wars. The Russian’s left defeated in 1989, after a ten yeas occupation. Now Afghanistan has beaten yet another superpower

It is true. But it is also true that women wore miniskirts at Kabul University and busloads of hippies came overland from Europe before the Soviet invasion. One of them brought my Beetle.

Millions of Afghans are young and ambitious for themselves and for their country. They supported our presence and believed in our promises. And we have thrown them to the wolves.

During my time there I thought things were bleak. Outside Kabul violence had spiked, corruption was endemic (Sherard did a great job of scaring off bent coppers) and Afghans were fed up with soaring civilian casualties.

Today it looks like a picnic. President Joe Biden’s decision to cut and run has plunged the country back into the dark ages.

The Taliban have swept to power in the most humiliating defeat of US foreign policy since before the Vietnam war.

Make no mistake, this is worse than Saigon. American troops left Vietnam two years before the city finally fell to the Viet Cong.

The last Americans have not even left and the Taliban have taken over.

Twenty years of promises about standing shoulder to shoulder with the Afghans stand for nothing.

Veterans who lost limbs, and mums and dads who lost sons, brothers, sisters and daughters are asking: ‘Was it worth it?’

I know what that sacrifice looks like. I was blown up and shot at with British soldiers in Helmand.

I saw maimed Americans die on Black Hawks thundering over Kandahar and I waded through the carnage of a bomb set off in a crowd of children.

I am asking myself the same question. We promised Afghanistan democracy, education and women’s rights.

WAS IT WORTH IT?

Now the people who dared to believe us feel utterly betrayed – and none more than the women and girls who went to school, university and found jobs, which were outlawed under the Taliban.

Why did it go so wrong? The short answer is Joe Biden.

It was his decision to pull the pull the plug without a proper peace deal which led to the Afghan government’s collapse and the lightning Taliban takeover.

It was the worst foreign policy decision of our lifetimes.

American global prestige has taken such a hammering it is unlikely to fully recover.

Terrorists are emboldened and it is only a matter of time before we feel that on our streets.

Yet it never had to end like this. The war had reached a point where most western voters and forgotten about it – and that was a good thing.

Nato casualties were low. The key ingredient for victory – or at least an acceptable settlement – was patience.

At the beginning of the year there were only 9,500 Nato troops helping Afghan forces hold the line. There were 2,500 Americans and 750 Brits.

We could have carried on like that, maintaining some sort of stalemate, until the Talibs and the Afghan government reached an acceptable settlement.

But the Taliban used to joke “You have the watches, we have the time”.

And Biden proved them right. He lost his patience. He lost the war. 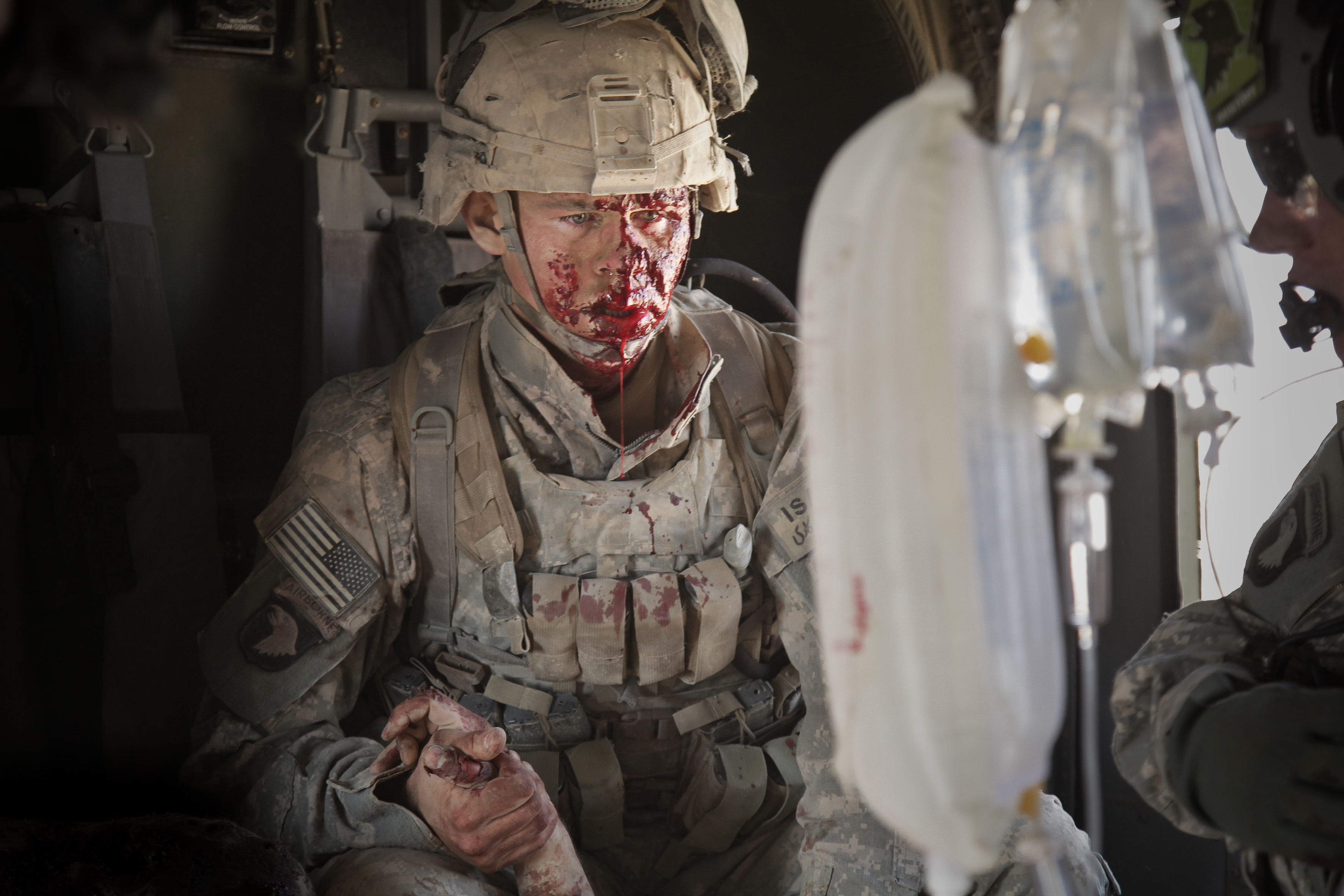 The speed of the US withdrawal ripped the heart out of the Afghan military.

When Britain and America announced last week that they were evacuating Kabul it had the same crushing effect on Afghan forces’ morale. It effectively sounded the city’s death knell.

It is the UK’s lasting shame that we didn’t have the clout, despite our best intentions, to corral other allies to stay on. Our Army was too small to go it alone.

The country is controlled by the Taliban once more. Two thirds of the nation are under 25 and have only heard about the horror stories of Taliban rule from their elders.

It breaks my heart to know that those once hopeful souls will now have to experience it for themselves. 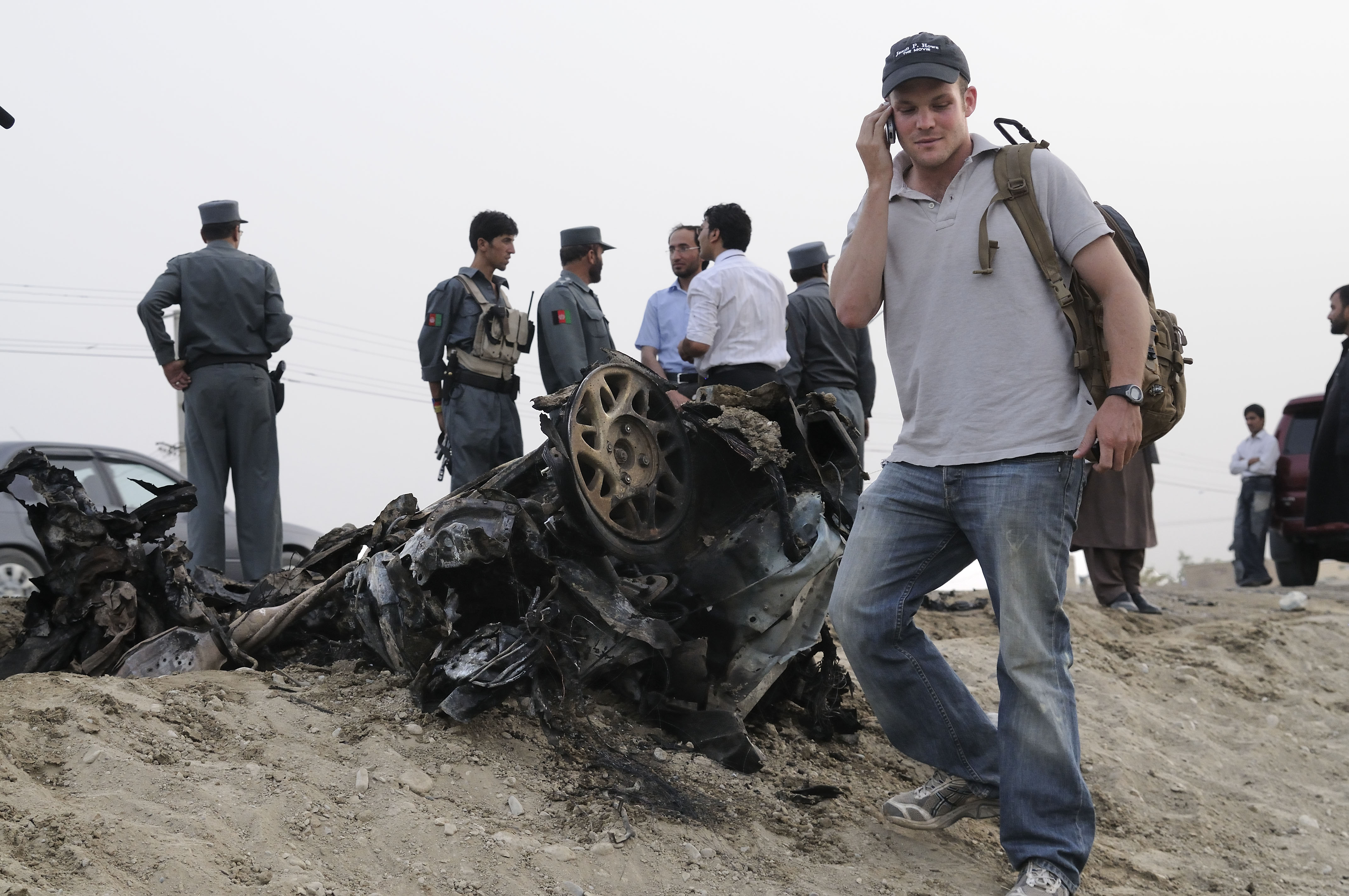 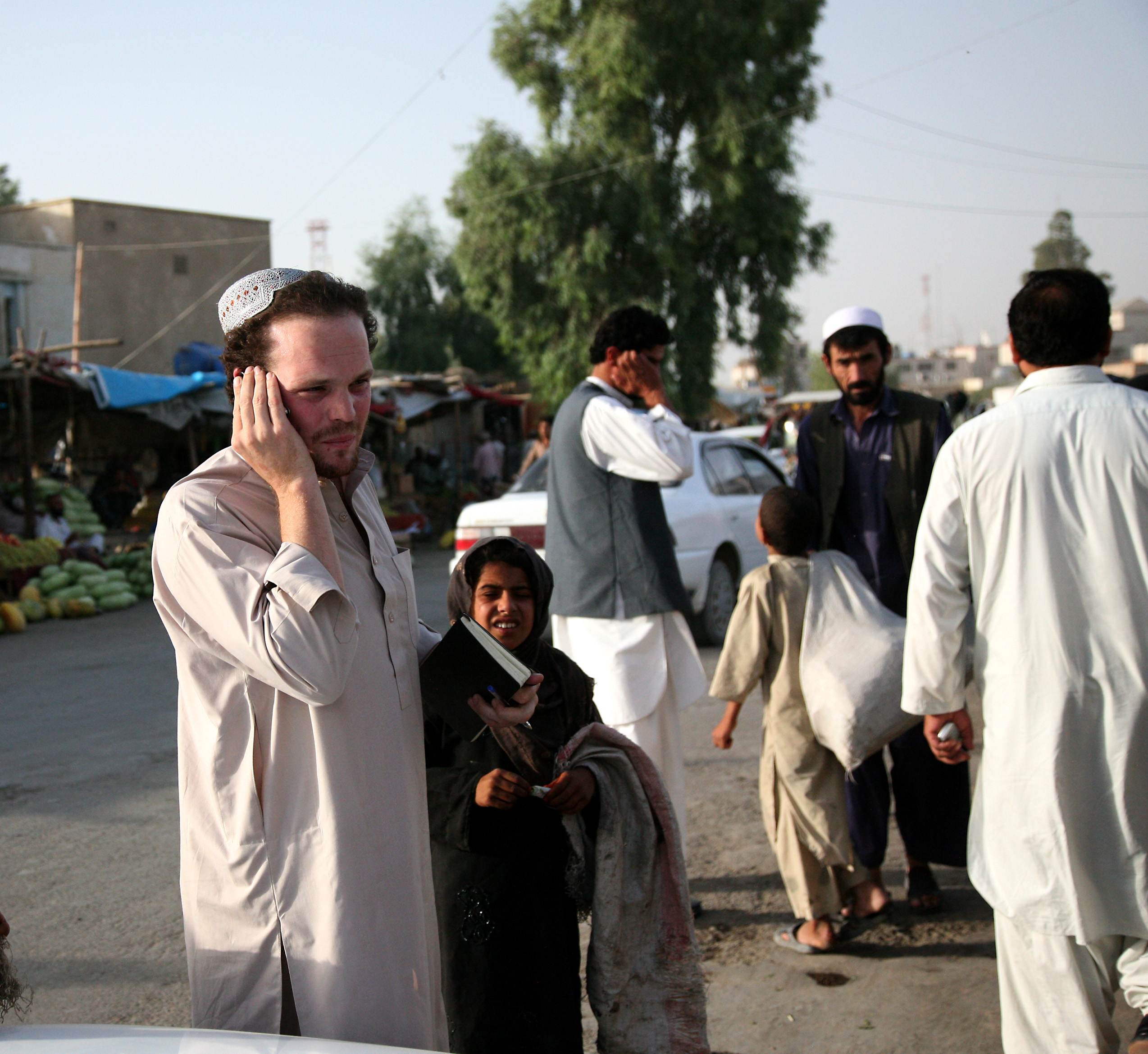