Kansas cheerleaders say they were blindfolded, stripped naked and told they were ugly in hazing ritual

Multiple sources told The Collegiate six first-year members of the squad were asked to meet near the University’s stadium, where they were forced to run up and down a hill twice before being blindfolded, separated and taken to a vacant house.

The hazing event, which was allegedly run by senior members of the team and three alumni, then saw the women put into boxes – and one put in a washing machine.

They were bumped around before being taken into a room for ‘questioning’, where if the women got a question wrong, they would be forced to remove an item of clothing, it is claimed. 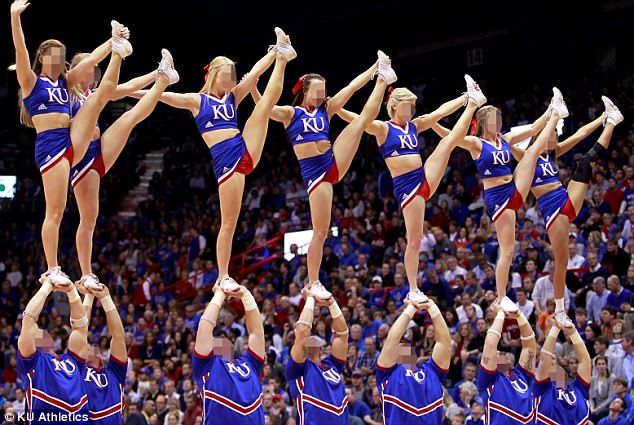 When they were naked, their blindfolds were put back on and they were moved to another room in the house.

At this point, one of the sources said she realized more people were inside the residence.

‘I had taken my blindfold off along with another girl sitting next to me, and two alumni guys walked in and saw us naked,’ she said.

Afterwards, the girls were separated into groups again. Some were taken downstairs while others faced a verbal beating.

‘They took me and two other girls, put us in a room together and told us we are ugly, we don’t deserve to be on the team and our skills weren’t good enough,’ a source said.

‘They sat us down with all the alumni and all returning cheerleaders.’ 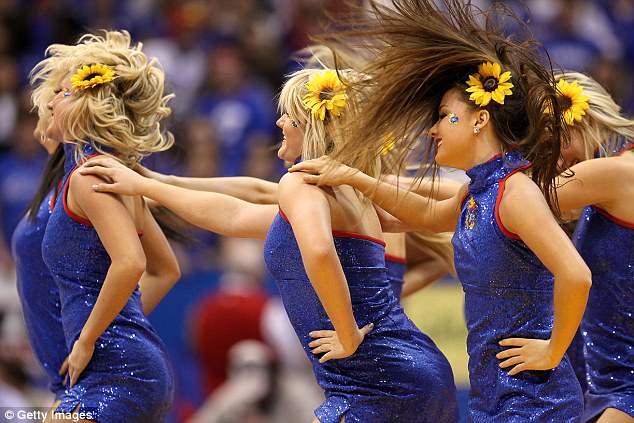 The group of disgruntled first years say they had meetings with their coach, who dismissed their claims and told them: ‘the older girls were not getting punished for it so we just needed to move on’.

An organisational conduct report from KU shows the cheer team were put on probation for a year in September 2017.

The hazing events have led one woman to drop out of the university completely.

‘The reason I’m leaving KU is solely because the university and the athletic department decided to treat me and my other teammates like we didn’t matter and were instead just pretty faces for the media,’ she said. 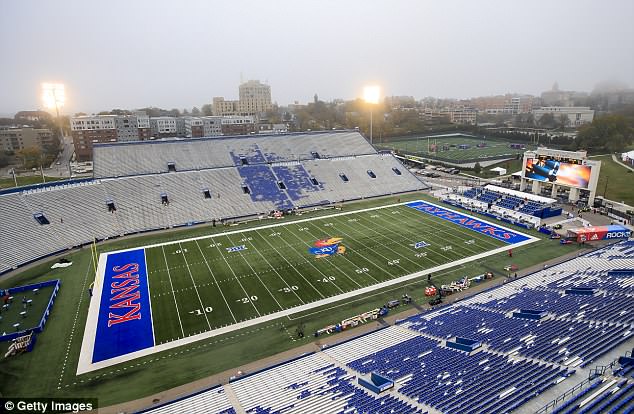