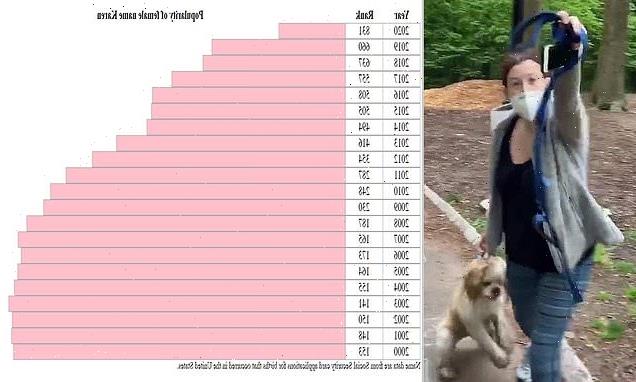 The end of the Karen? Fewer newborns were given the name in 2020 than any year since 1932 after it became an insult for white women who throw public fits

Fewer American babies were named ‘Karen’ last year than any year since 1932, after the name became a pejorative slur for white women who throw fits in public.

Karen, which had already been declining in popularity for years, plunged from the 660th most popular female name to number 831, tying for the 13th sharpest decline among all female baby names. 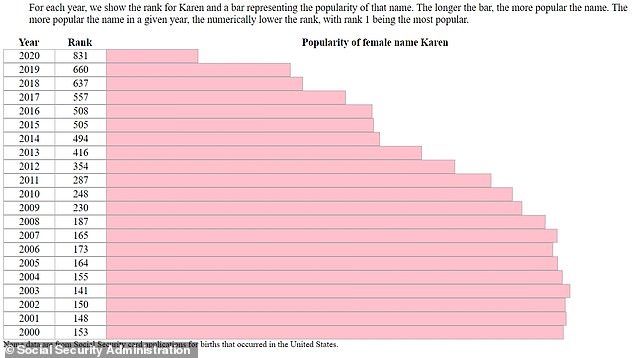 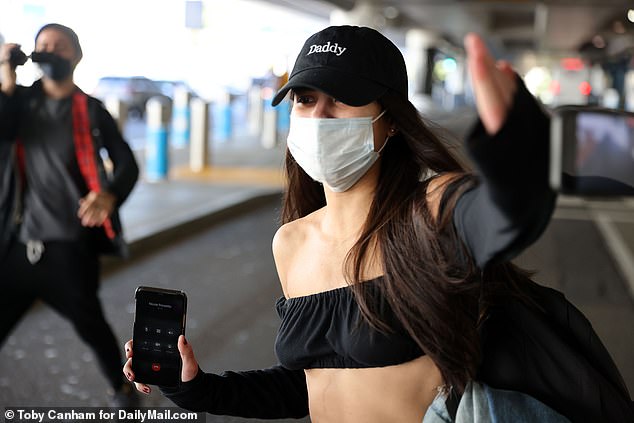 The origins of ‘Karen’ as an insult are murky, but by 2017 memes mocking entitled women with the name had gone viral on Reddit, the earliest known one from a user mocking his ex-wife Karen.

Some also say that the Karen slur originated in the black community, following a history of various names used to mock unreasonable white women.

Before the Civil War, black people used the term ‘Miss Ann’ for arrogant white women, while in the 1990s ‘Becky’ had a similar connotation.

The most often cited characteristic of the ‘Karen’ is a desire to ‘speak to the manager’ of an establishment.

Heather Suzanne Woods, a meme researcher at Kansas State University, told The Atlantic that a Karen’s defining qualities are ‘entitlement, selfishness, a desire to complain.’

A Karen ‘demands the world exist according to her standards with little regard for others, and she is willing to risk or demean others to achieve her ends,’ said Woods.

The term went viral around the world after the ‘Central Park Karen’ incident on May 25, 2020. 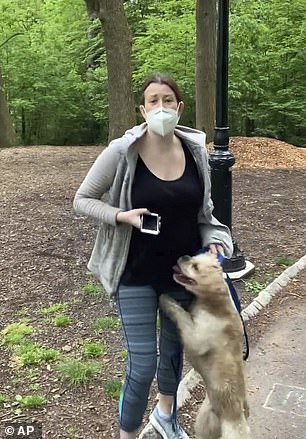 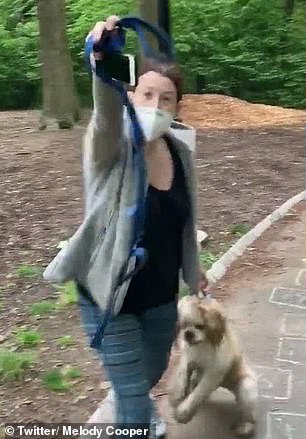 The term ‘Karen’ as a slur for white women went viral around the world after the ‘Central Park Karen’ incident on May 25, 2020

In the incident, Amy Cooper was seen in a video falsely telling police that a black birdwatcher was threatening her while gripping her dog’s leash so tightly that the pup was lifted off the ground.

Cooper was charged with a misdemeanor for filing a false police report, but the charge was dropped after she completed a diversion program.

She is currently suing her former employer, Franklin Templeton, saying the company fired her without doing a fair investigation and falsely portrayed her as racist.

‘Karen’ quickly became a faddish insult for white people describing any behavior perceived as obnoxious or racist, even extending to ‘male Karens.’

During the pandemic, it also became associated with people who pitched fits about mask mandates, or expressed doubts about vaccines.

According to the SSA, the most popular baby names last year were Liam for boys and Olivia for girls.