DURING a Vermont rally, a 'Karen' screamed "Black lives don't matter at all to me" and claimed "blacks have been coddled for years."

In a recent video, a 'Karen' wearing a pink Vermont t-shirt, white baseball hat and black sunglasses carried around a sign that read "BLM = Terrorist Organization" on one side. 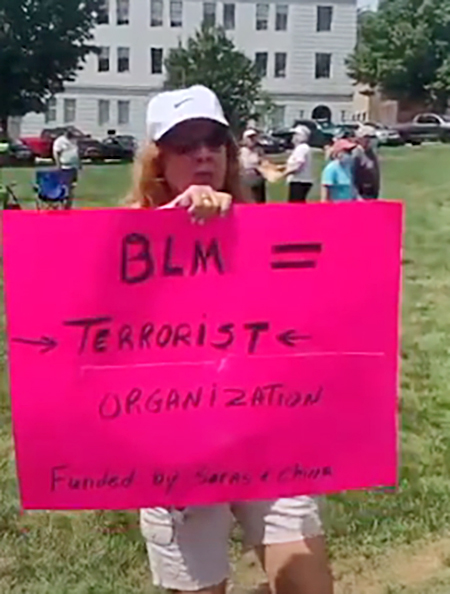 Karen and Chad are a pejorative terms coined in the US for a white woman and men perceived to be entitled and privileged.

The woman in the video is shown yelling at people at the rally saying, "Black lives don't f–king matter to me!"

She continued to claim that "blacks have been coddled for years" with free college and higher test scores. 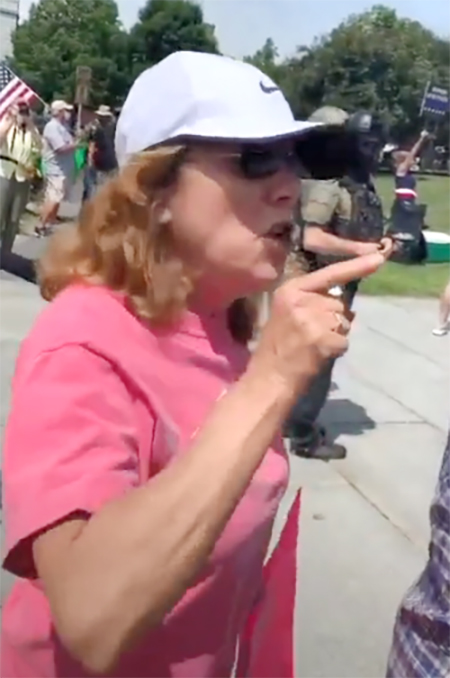 A woman behind the camera asked 'Karen' what her name was and if she was a white supremacist.

Later in the video, 'Karen' is shown marching in place with her sign singing part of God Bless America before yelling at a woman out of frame to get a job.