Gunfight started after rebels opened fire on Indian troops in the forested area of Kupwara near the Line of Control. 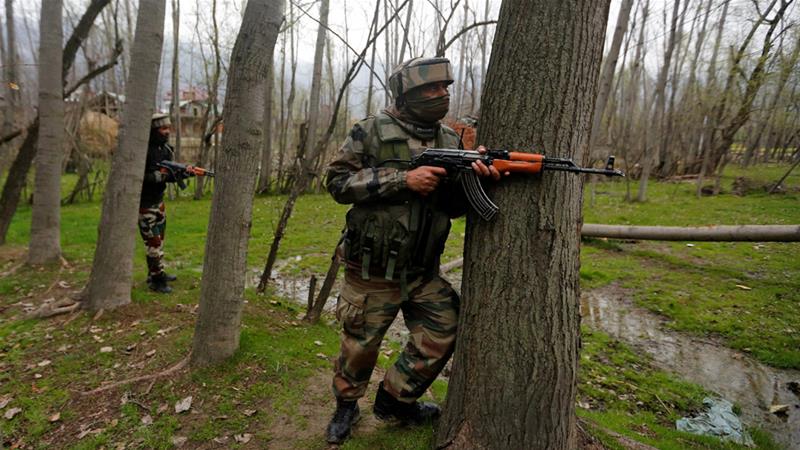 Police Superintendent Shamsher Hussain told Al Jazeera the gunfight started on Tuesday after rebels opened fire on troops in the forested area of Kupwara, a border region in Indian-administered Kashmir.

“Five security personnel and five terrorists have been killed in the gun battle. The operation is over. We are now sanitising the area,” said Hussain.

The identity of rebels has yet to be established as the gunfight ended late on Wednesday.

No group claimed responsibility for the attack so far.

The fighting took place near Halmathpora, one of the nearest villages before the Line of Control (LoC), a demarcation line that divides the disputed territory between Indian and Pakistan administered parts.

The region has witnessed a spike in violence since the beginning of the year. Cross-border shelling has also intensified with both sides accusing the other of targeting civilian homes along the border.

On Sunday, five family members were killed and two more critically wounded after Pakistani shelling in the Poonch area of the Jammu region, further souring relations between the two South Asian neighbours.

India accuses Pakistan of arming and training the rebels, which Pakistan denies.

The two countries have fought three wars over the Himalayan territory, which they both claim in its entirety.

Rebel groups have largely been suppressed by Indian security forces in recent years, and public opposition to Indian rule is now principally expressed through street protests.

Anti-India sentiment runs deep among Kashmir’s mostly Muslim population and many people support the rebels’ cause against Indian rule.

Kashmir is one of the most militarised regions in the world, as India has stationed about half a million soldiers in the disputed territory.

Tens of thousands of people have been killed in the decades-old conflict.