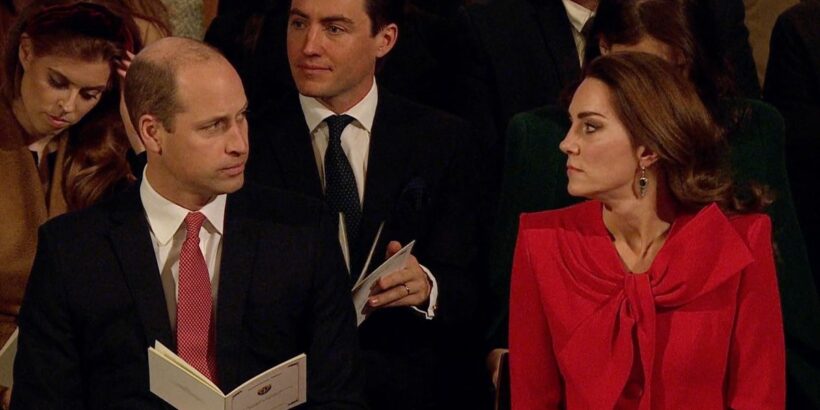 Prince William and Kate Middleton were reportedly forced to seek comfort in each other during their feud with Prince Harry and Meghan Markle, royal experts say.

The clash between the Cambridges and the Sussexes reportedly started when Meghan Markle claimed that Kate had made her cry in a row over bridesmaids dresses in the Oprah Winfrey interview back in March.

The panel in the Royally US podcast mentioned this week that Kate is "really upset" about how things unfolded with Harry and Meghan earlier this year.

Hosts Christina Garibaldi and Christine Ross said: "I'm sure everybody was upset about how things panned out this year.

"I mean you know obviously Meghan spoke out and in that tell-all interview talking about what happened at the at the wedding and Kate made her cry and things like that.

"Harry and Kate had such a close relationship to so I'm sure she is very upset about how things have unfolded."

Delving into the details, they said a source close to Kate mentioned that it's mostly about "the toll it took on William".

"I think seeing your husband suffer like that and seeing what used to be such a close, loving, supportive relationship really fall apart was probably really difficult to sit on the sidelines and for her to watch," Christina and Christine discussed.

"I think that must have been incredibly difficult. You know, to sit there quietly and see the situation unfold as it did.

"They are also reporting that this whole situation did bring William and Kate even closer together though so they kind of leaned on each other.

"Usually in dark times, that tends to happen. They really got close together."

This came after royal commentator Neil Sean reported that Kate is willing to forgive Harry and Meghan with her 40th birthday coming in January.