Brave Kate and Gerry were warmly welcomed by their community during a poignant outdoor prayer service in their home village of Rothley, Leicestershire. 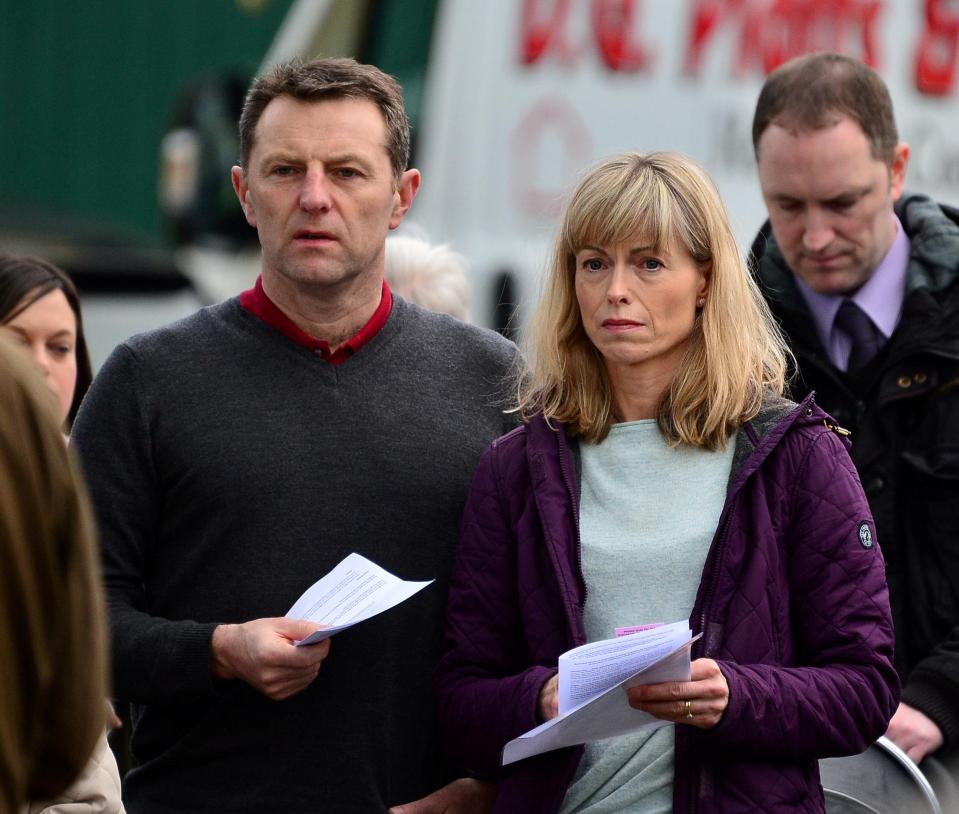 Kate read a poem called The Contradiction, with haunting words: “I trace your steps, I map your face. You’re all I know and so unknown. I cannot hold you, yet I do.”

Prayers were led by parish vicar the Rev. Rob Gladstone and touching messages of support were read out by school friends of Maddie’s younger twin siblings Sean and Amelie, who didn’t attend.

Eminent heart doctor Gerry, who has just returned from a hectic work trip to Scotland, thanked the 70-strong crowd for turning out.

He said: “It means an awful lot for so many people to come out on such an unhappy day – another anniversary. But it gives us strength and your support for us is tremendous.” 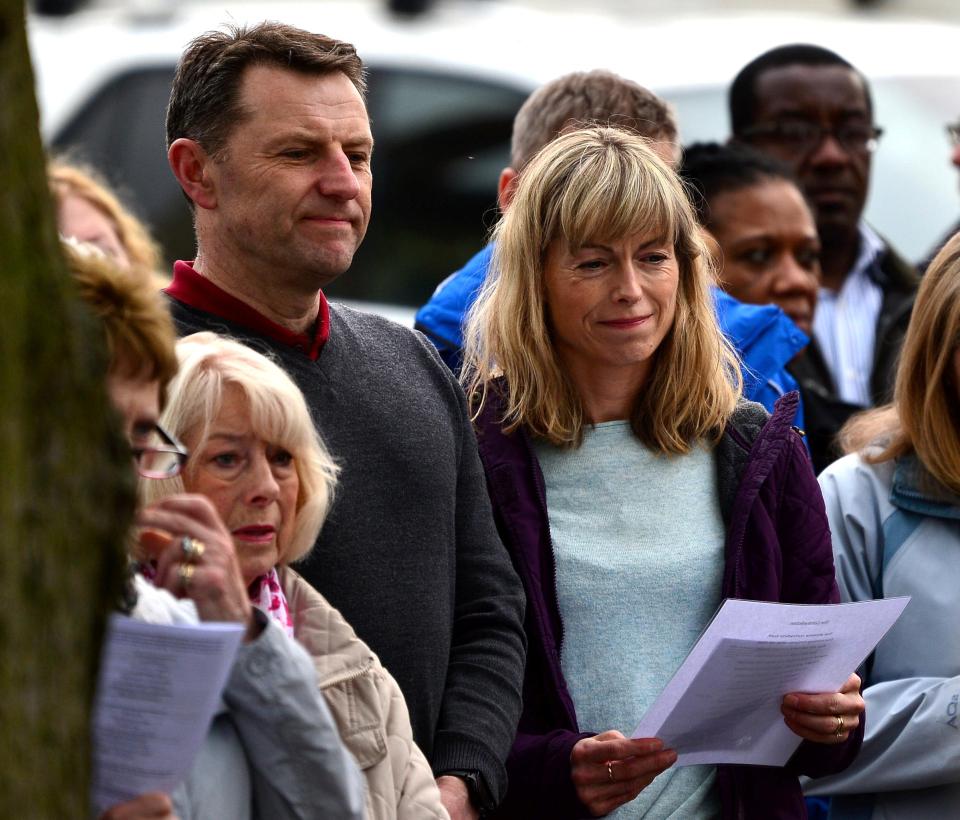 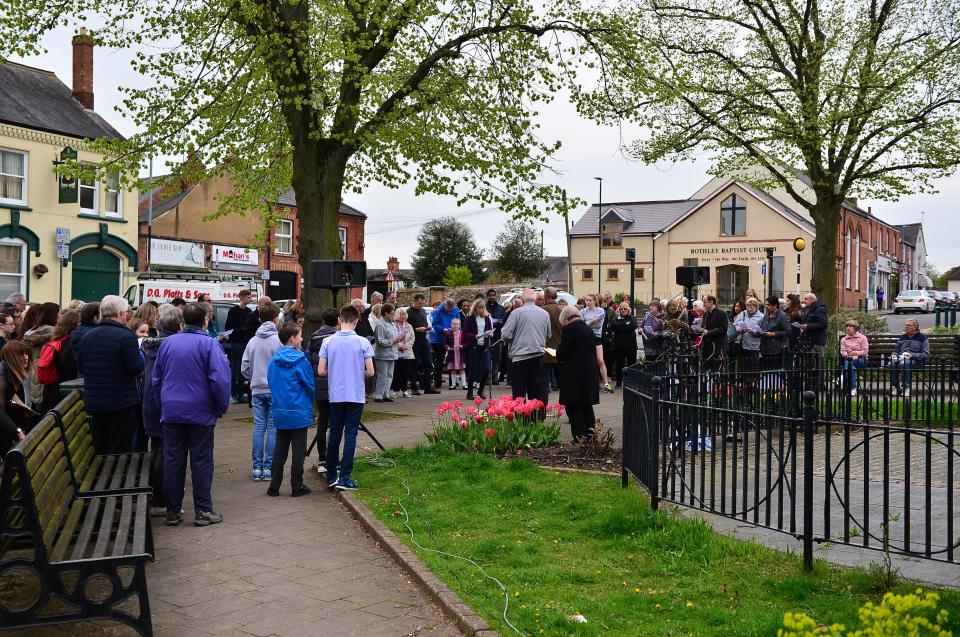 Gerry, 49, dressed casually in jeans and grey sweater, joined locals placing name tags of symbolic missing and lost people on a vine tree of hope temporarily placed at the heart of the village.

Among 28 selected names read out as they were attached to the branches were Claudia Lawrence and April Jones, and Madeleine McCann.

During the 25-minute gathering a sombre-looking Kate handed out Maddie bookmarks, with a prayer which the crowd chanted together.

The Rev. Gladstone opened the informal service  by saying “It is a very poignant anniversary. We pray for Madeleine and encourage Kate and Gerry in faith, hope, strength, perseverance and courage.” 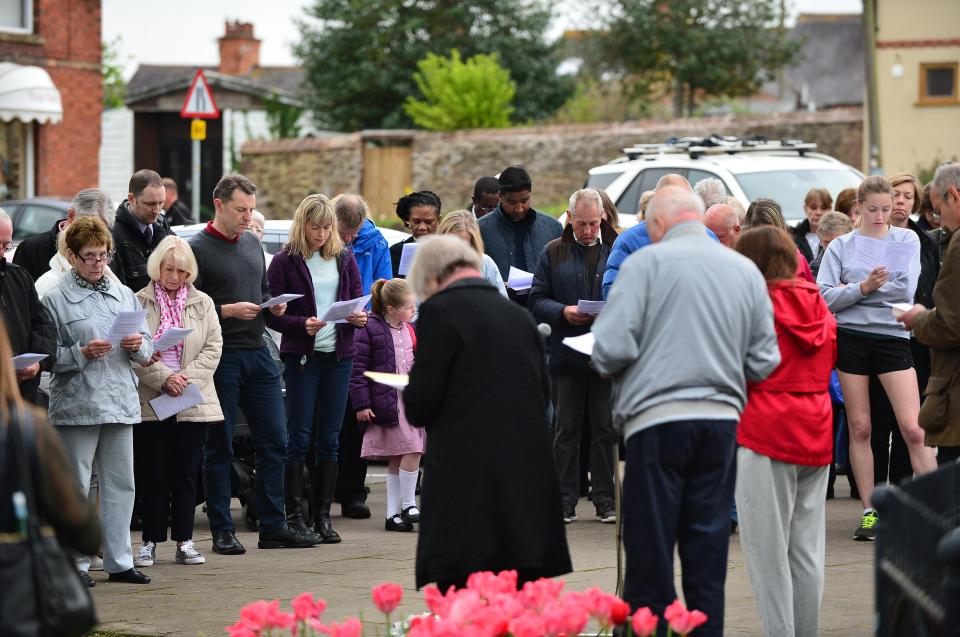 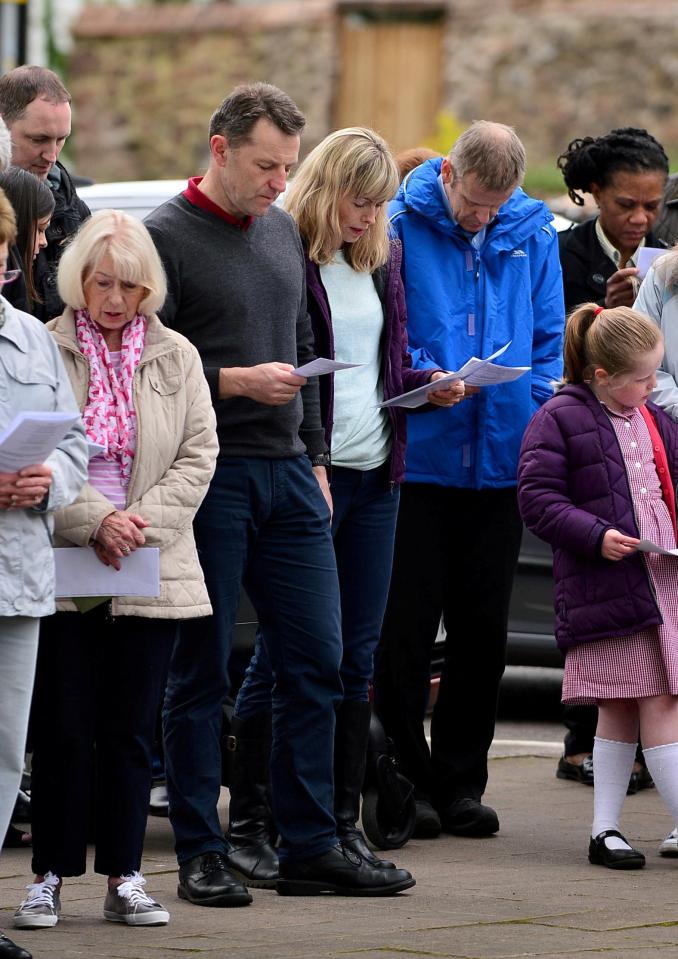 Crowds of supporters, family, friends and locals assembled at the war memorial where a lantern – a beacon of hope – still shines brightly around the clock for the world’s most famous missing child.

Kate and Gerry had earlier told of their “hope and perseverance” in a posting on the official Find Madeleine Campaign website.

Brave Kate and Gerry cling onto a glimmer of hope that Maddie – who would now be aged 14 – could  still be alive.

The couple have recently been buoyed up by Scotland Yard’s continuing support to help find their daughter.

Police have been given an extra £154,000 to keep the search going until the end of September.

Three-year-old Maddie vanished from a holiday apartment in Portugal’s Praia da Luz in May 2007.

She was discovered missing from her bed in the rented apartment by her horrified mum shortly after 10pm.

She had been left alone with younger twin siblings while her parents were dining in the nearby tapas restaurant with their seven pals.

Retired head teacher Brian Kennedy – Maddie’s great uncle – who also lives in Rothley, said: “It would be lovely to have a gathering one day which will be a celebration.”